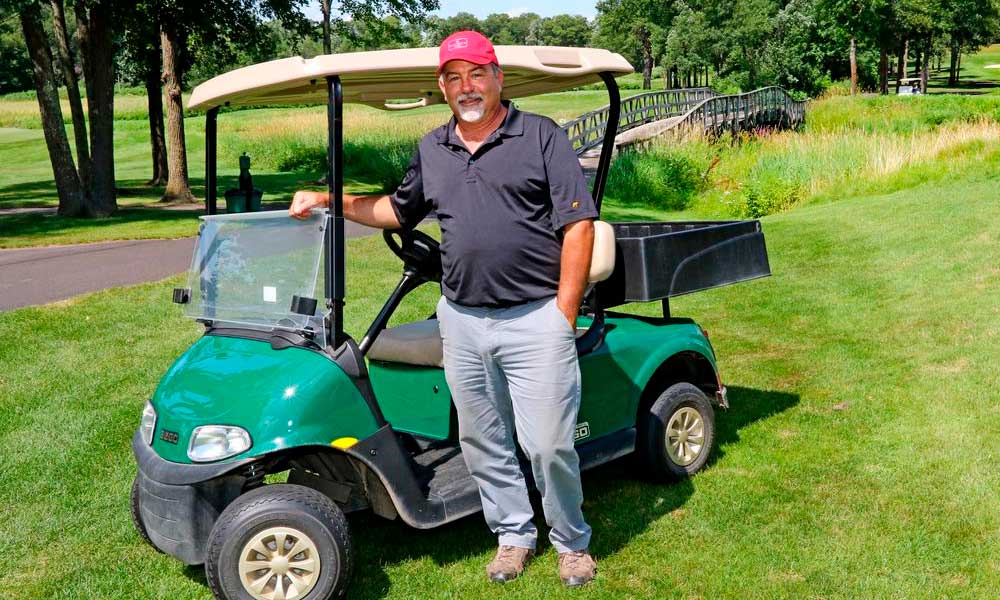 Replacing a legend is hard.

Lucian Greeninger faces that challenge this year, becoming the new golf and grounds superintendent at Madden’s On Gull Lake. The 54-year-old Greeninger replaced Scott Hoffmann, who was Madden’s for over 40 years and designed The Classic golf course at Madden’s.

“There are some pretty big shoes to fill,” Greeninger said. “I really did not come in to change anything. This is very much a learning year for me.”

Hoffmann is still around. He can be found playing The Classic at Madden’s from time to time and has been giving Greeninger advice on how to operate not only the golf but the resorts.

“The golf courses I feel real comfortable with,” he said. “There’s certain things on the property that aren’t quite on my radar and (Hoffmann) has been a big help.”

Growing up, Greeninger thought he wanted to study to be an electrician. However, he worked at Wayzata Country Club in high school and fell in love with aeration and golf course construction.

Instead of pursuing a career as an electrician, Greeinger went to Michigan State for their turf program for a career in golf. He interned at Hazeltine National Golf Club in Chaska in 1987, four years before they were poised to host the 1991 US Open.

From there, he got in touch with Mike Morley. Morley has designed some Brainerd lakes area courses including in The Preserve in Pequot Lakes and Golden Eagle Golf Club in Fifty Lakes.

Greeninger worked at Golden Eagle and constructed it from the ground up. He moved up to Fifty Lakes through his connection with Morely.

Golden Eagle opened in 2001, but Greeninger started construction in 1999. He later became the superintendent at Golden Eagle, a title he held until last fall.

The transition to Madden’s has been a little challenging for Greeninger. The other properties and golf courses he’s worked at in the past are ones he built from scratch.

“I knew everything in the ground, I can picture the drainage and aeration,” he said about what it’s been like at Madden’s compared to Golden Eagle. “(Madden’s) has the three and a half courses, plus all the resort property where I know very little.”

The returning staff at Madden’s made it easier for Greeninger to start. Assistants on the East and West Courses at Madden’s as well as crews at the resorts and a separate crew at The Classic made for a lot of new people to meet.

Greeninger and his wife live in Crosslake and he hopes that Madden’s will be his last job before he rides into retirement. He wanted the challenge of being superintendent at Madden’s and is taking it on head first.

“I’m looking forward to taking care of whatever Madden’s wants to me to do for the next 12 years,” he said.

One of the factors for hiring Greeninger as superintendent was his construction experience on golf courses. That experience helps with any remodeling that may need to be on any of the three courses at Madden’s if necessary.

“I’m learning something new on the property everyday,” he said. “That’s been the goal through the winter.”