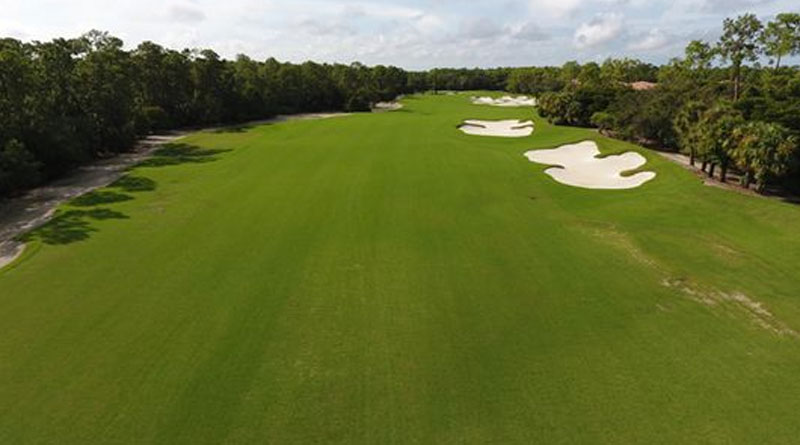 The renovation craze continues to keep up in Southwest Florida.

Two golf courses have reopened after renovations, and a third announced it was undergoing one.

Pelican Marsh Golf Club reopened after a $3.2 million renovation that included new Celebration Bermuda in the fairways and roughs, rebuilt fairway bunkers, a new irrigation system, and a new set of tees called the Scoring Tees, which are just over 4,000 yards and rated for both men and women.

“The main objective of golf is to have fun and the Scoring Tees have certainly add to the enjoyment for many of our members,” director of golf Phil Pellerito said.

Pelican Marsh, which opened in 1994, renovated its green and tee complexes in 2012, so now the entire 18-hole Robert Von Hagge designed course is completely updated.

“It’s great to have our members back after our most recent renovation,”  General Manager Ron Parris said. “The feedback has been incredible with outstanding day-to-day playing conditions.”

Up to the north, The Club at Mediterra has completed nearly $17 million in renovations to its two championship golf courses, an expansion at The Sports Club and the addition of new tennis and bocce courts.

“Mediterra has always been viewed as a trailblazer in Naples,” said Carmen Mauceri, club general manager and chief operating officer. “We are continually evaluating our facilities and amenities to ensure they are meeting our members’ needs. These projects directly addressed the increasing participation in our golf and fitness programs.”

The two-year project to renovate the pair of Tom Fazio-designed golf courses started in 2015 and was completed in phases during the summer months. Enhancements included replacing irrigation, bunkers and regrassing with Platinum TE seashore paspalum.  The South Course was completed in December 2015, with the North Course being finished this past December.

“The grass was chosen for its color, cold-weather and low-light tolerance, playability and performance,” said Tim Hiers, director of agronomy for The Club at Mediterra. “It has very deep roots and is the best on the market. We now have 200 acres of new grass on 36 holes.”

Further to the west, Shadow Wood Country Club in Bonita Springs announced last week that it was partnering with architect Rees Jones to renovate its North and South courses during this summer and the summer of 2018.

According to a release, Dr. Jay Sandza, chair of the club’s grounds committee, said that Jones’ desire to preserve the character of the Bob Cupp-designed courses, along with a strong recommendation from Cupp before his passing in August, was paramount in their unanimous selection decision.

“The combination of Rees’ experience, his skilled team of designers and his friendship with Bob Cupp makes for the perfect combination for Shadow Wood Country Club as it evolves in the years to come,” Sandza said.

Jones will visit Shadow Wood Country Club in January to begin the renovation process. He will return in late February to discuss his philosophy for the club’s courses with the membership and answer questions about his approach to the renovations.

“We are pleased to have been selected to provide design services for Shadow Wood Country Club,” said Jones, who has designed Olde Florida, Golf Club of the Everglades, and Naples Grande in Naples. “It is our intention to enhance the playing experience for both the North and South golf courses while maintaining the original design concepts, playability, shot options and enjoyment for all members.”