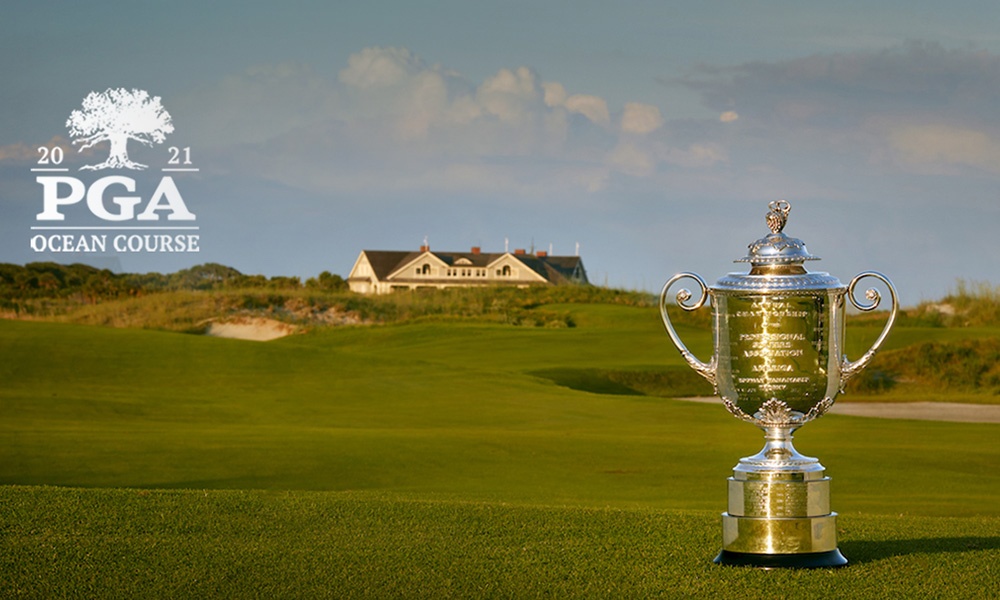 I had to hold back a tear as I started this piece because although Pete Dye was a generous friend to everyone he met, I’ll always be grateful for his particular kindness to me.

It was years ago when we first met. I was a young upstart writer working for old school Internet sites like GolfObserver and Cybergolf when Pete invited me to interview him at his home near Donald Ross’s Gulf Shores Golf Club to talk about Kiawah Island, Sawgrass, Casa de Campo, Whistling Straits and his favorite architect, Seth Raynor.

“Alice is out playing today with her friends that shoot 121, bless her heart,” he said when he opened the door. “That’ll take a while, so we’ll have the house to ourselves!”

And so in a room that overlooked the first fairway, we chatted away like broody old hens that had just laid eggs, and several hours later I had my first interview with the great man in the can, but better still, he liked me. And so over the years he and Alice and I would always check in with each other about not just golf projects, but life. I had close to a dozen long-form interviews with Pete that were published in some form or another, but being able to just call him and chat or see his number pop up always made my day. And when it was Alice instead – just as good!

It was one of my interviews with Pete at Minnesota’s Hazeltine National in 2009 where one of our sessions turned to Kiawah’s Ocean Course in earnest. Pete started telling stories in his inimitable, folksy, unfiltered way, and I just listened and typed.

“They bought the Kiawah land in 1988,” Pete told me, “and they looked at me, and I looked at the swamp they bought, and they said, ‘We’re gonna have the Ryder Cup here in two years!’ and I said, ‘Well you must be having it at another golf course!’  And they just looked right back at me and said, ‘Oh no, we’re having it right here.’  ‘And I thought, ‘Well, it’s our funeral…” but I said, ‘Okay, let’s go…’”

“That sounds exactly like Pete, all right,” laughed Kiawah Island Ocean Course’s Head Superintendent Jeff Stone, who has been at Kiawah on the grounds crew since 1990, first as an assistant at the island’s Marsh Point course, (now Cougar Point), and then after several more promotions, became head superintendent at the Ocean Course beginning in 2003. He met Dye in passing in ’90 as Pete was in the early stages of “raising the course from the swamp” as Pete liked to say. But it wasn’t until his 2003 promotion that Stone got to work with Dye on a daily basis.

“I was supposed to pick up Mr. Dye at the executive airport, and I was running late,” Stone recalled. “As I’m driving there, I see a gentleman carrying his bags in the rain. I stopped and asked him if he was going to the Ocean Course, and he replied. ‘Yeah. You’re late.’”

All was forgotten almost immediately as Dye put on a master class in golf architecture with Stone having a front row seat. First came the brilliant routing. The Ocean Course is remarkably balanced, both in terms of the doctrine of symmetry (an equal number of par-3s and par-5s on each side) and in terms of wind direction (an equal number of holes on each side that play left-to-right as play right-to-left).

“I try to make it so pros that have to tee off on number one don’t have an advantage over those that tee off on number ten,” Dye explained to me. Sawgrass was the testing ground for that idea he said, and when it proved fruitful, Dye exported it to other tournament venues. Whistling Straits is strikingly similar in many ways, including those just noted.

However, the winds at Kiawah Island are fickle. You can play one hole into one crosswind one day, the other crosswind the next, and dead into the wind on the day after that.

“It’s like Portmarnock. That’s what we were thinking of the most when we designed it, there is no prevailing wind there either,” Dye confided.

“We were also thinking about Carne, and the Redan hole is from North Berwick, of course.”

The fickle winds were what wreaked such havoc on the Ryder Cup players in 1991, especially at the treacherous par3 17th, which claimed the pelts of one golfing immortal after another.  The Ryder Cup players all played it in one type of wind in the practice rounds, and – sure enough – they were completely unprepared when overnight it started blowing even harder in the other direction.  That 7 or 8-iron they had in the practice round became a 3 or 4-iron instead, maybe more, and the waves crashing into the surf were suddenly far louder and more ominous.

And on that note, we have no less a personage than Alice Dye herself to thank. Once again proving that she was every bit Pete’s equal when it came to craftsmanship and quality in golf course architecture, it was Alice who recommended building up the inland holes higher than the coastal holes.

That was inspiring. You could now see the ocean from every hole.

“What a great idea that was, perhaps the best suggestion she ever made in a long career of making great suggestions,” Pete noted energetically.  So she’s just as responsible for the course is so good as anyone.  We built up all the fairways, and now they’re even more windswept than they would have been.”

The winds will be much different this May than they were for the 2012 PGA Championship (held in August) or the ’91 Ryder Cup (late September). In August the afternoon wind ordinarily comes out of the southwest. Not so in May.

“In May you might still see cold fronts blowing through, and so you get winds coming out of the northeast or north,” explained Stone. “It will be cooler than August – low 80s high and nighttime upper 60s – but that will be more comfortable for players and galleries.”

[Author’s Note:  Only 10,000 fans will be allowed this year per day due to Coronavirus restriction.]

Stone also believes that the course should play harder than in August because of the cold fronts, so we should see more wind than during the doldrums of summer. Let’s hope he’s right. Between runaway equipment and bulked-up gym rats bludgeoning 400 yards drives Kiawah desperately needs the wind. Kiawah is not a long golf course, and it has short par-5s. Indeed, when last we saw Kiawah’s Ocean Course, Rory McIlroy was doing his best Godzilla-razing-Japan imitation, winning his second major championship with the same kind of record-shattering performance he had won the U.S. Open with a year earlier at Congressional. Pete himself told me pre-tournament that “16-under will win. They’ll birdie all four par-5s every day” and his logic was almost spot on. 13-under was the winning score.

Superficially, the course will look far different than it did in either 2012 or 1991, especially the rough.

“We overseeded,” Stone explained. “In 2012 it was a wall-to-wall mix of Bermuda and Paspalum, with totally Paspalum greens and tees. But in order to have the rough the height we are after, we needed ryegrass. It’s a transitional time of the year. We can’t get three inches of Bermuda ready in May, but we can have three inches of rye.”

The new rough isn’t as clingy as Bermuda, and the ball won’t sink as low as say at a course like Southern Hills, but its thick blade can get juicy. Additionally, the Paspalum greens – new in 2012, so they tended to skid for the first six to eight inches or so – the Paspalum has grown in smoothly now.

“I think that our management practices have gotten better as far as grooming, cutting height, fertilizer, growth regulators, etc. We’ve accrued more knowledge in the last eight years too,” Stone added. “We get the grass to stand up more erect and get a finer leaf blade through careful moisture management.”

Happily, that means the course will play much the same as it did in 2012. Pete’s target figure of 16-under looks prophetic, factoring in wind and advances in equipment and fitness. The course is short enough to surrender low scores on windless days but stiffens mightily when windswept. And of course, Pete’s visually arresting hazards will make his presence felt, even though this will be the first major championship contested without him there to join us.

It will be tough for me to watch the tournament knowing my friend won’t be sitting beside me for lemonade and some laughs. When Pete finally went to that Great Golden Age Design in the Sky, we lost the funniest man in the room, as well as the gentlest heart. The same goes for Alice. Perhaps no woman was more influential to the craft than Alice, and some of her inspired ideas resulted in the most iconic holes in the American golf Pantheon. With the passing of Pete and Alice, sweethearts since college, a great light has gone out. And Heaven’s golf course just got a heck of a lot harder.

Somewhere in Heaven, Pete and Alice are smiling. Phil Mickleson is beloved by both ardent and casual golf fans alike for his honesty, affability, and humility. A sterling ambassador of golf, his inspiring victory at the PGA Championship wasn’t just a win for himself, but a win for all golfers. But Pete and Alice might have enjoyed it especially because Phil was such an underdog to the much younger, stronger current generation of long bombers. They especially would have loved how the wind played such a factor and that the smartest, most consistent player won.

Best of all, we can bask in the warm afterglow of golf history, and it couldn’t have happened to a nicer guy. It’s an especially touching and poignant moment when your own editor and publisher texts you after the final putt rolls in and says, “I wept with joy.” I think we all did. That’s the magic of golf. That’s the draw of Phil Mickelson. That’s why we tee it up in the first place – to feel the magic of our beautiful game.