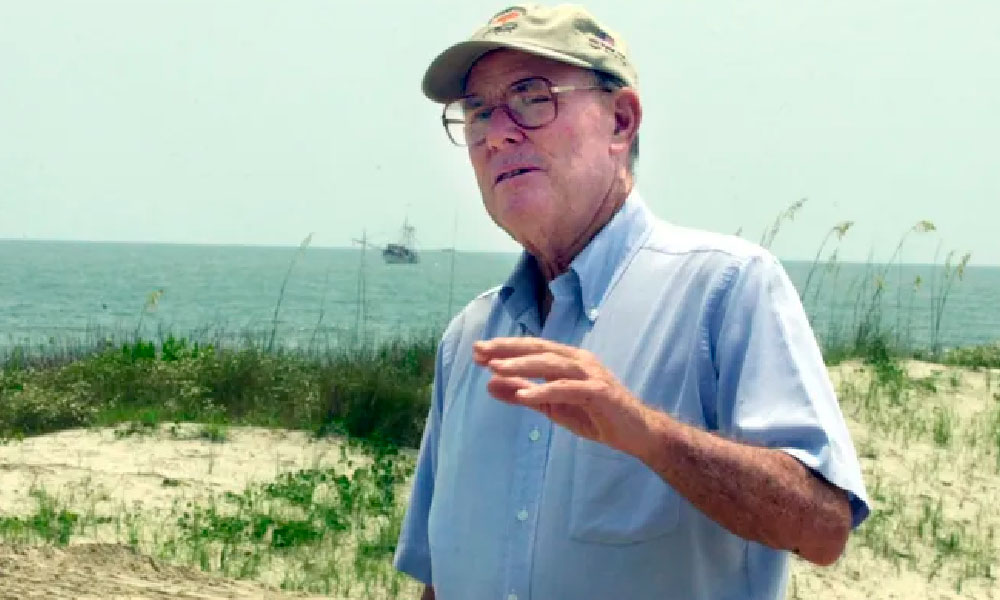 World Golf Hall of Fame member Pete Dye, who designed some of the world’s most famous golf courses, has died at age 94.

The PGA of America announced the news on Thursday, and its president, Suzy Whaley, released a statement in tribute of Dye.

“Pete Dye left an imprint on the world of golf that will be experienced for generations, painting wonderful pictures with the land that continue to inspire, entertain & challenge us,” Whaley wrote. “The PGA is saddened by the passing of this dear friend of the PGA Professional. Pete & his late wife Alice formed the greatest force in golf design history. The Dye family will forever be linked to many of the thrilling championships in PGA history & for something that they intended all along – that we embrace golf’s life values.”

Dye, who was born in Urbana, Ohio, and lived most of his life in Indianapolis, originally was in the insurance industry before transitioning into golf course design in the 1960s. Among his most notable designs: Florida’s TPC Sawgrass, home of The Players Championship; Kiawah Island in South Carolina, which has hosted both a Ryder Cup and a PGA Championship, and Whistling Straits, site of the 2020 Ryder Cup in Kohler, Wisconsin.

Dye used his vast powers of visual deception to create holes where desire and disaster often converge. Perhaps his most famous was the 17th-hole island green at TPC Sawgrass.

“Life is not fair, so why should I make a course that is fair?” Dye once said.

Dye received numerous awards for his work in the golf industry. The Golf Course Superintendents Association of America presented him the Old Tom Morris Award, its highest honor, in 2003. Dye was the 2004 recipient of the PGA Distinguished Service Award and in 2005 he was honored with the PGA Tour’s Lifetime Achievement Award.

“The ardent golfer would play Mount Everest if somebody put a flagstick on top,” Dye once said.

“While Pete designed to torment the most accomplished professional, his forward tees allowed the most inexperienced to play. He would challenge the professional both physically and mentally, while remarkably accommodating the raw amateur who was learning the game,” said Herb Kohler, Kohler Co. executive chairman, who noted that Dye built for him four of America’s top-rated public golf courses that hosted six of golf’s majors for men, women, and seniors. “He was a genius at his craft so recognized by his peers, a lovable gentleman by everyone he encountered, who enjoyed putting you off with a twinkle and a white lie. He will forever have a prominent chapter in our company’s history.”