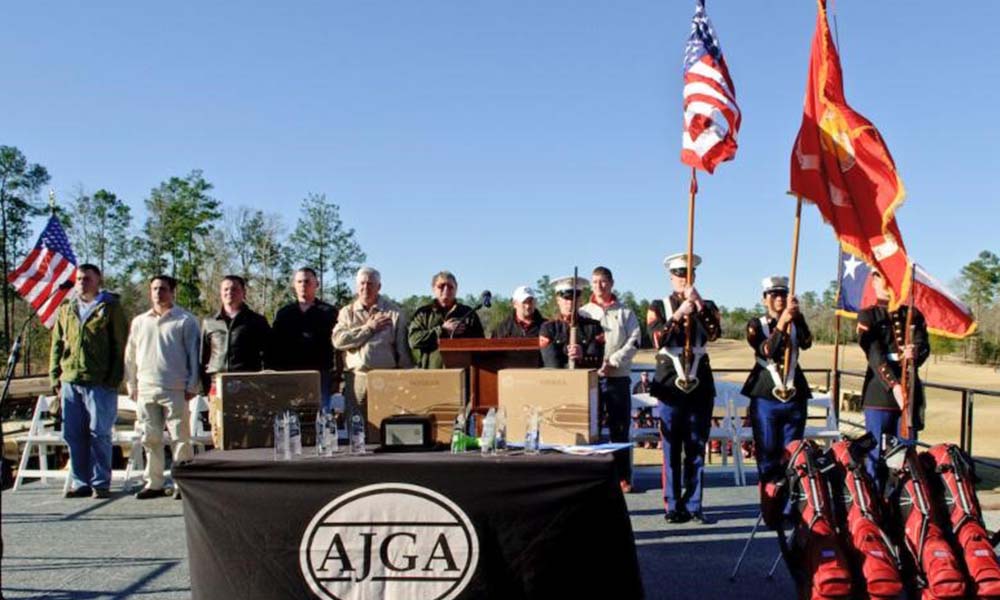 The PGA of America, The Masters organization and the United States Golf Association have together tapped The Club at Carlton Woods to serve as host of a second consecutive Drive, Chip & Putt regional qualifier in 2018, adding to the Texas club’s national reputation as a major facilitator of amateur golf.

The 36-hole Club at Carlton Woods (www.carltonwoods.com) is now scheduled to play host to four major events in 2018:

“We’re honored to host all four of these events, which together serve amateur players of all ages across Greater Houston, the state of Texas and the entire country,” said Carlton Woods General Manager Steve Salzman. “Part of this ambitious tournament schedule is down to the fact the we have 36 championship holes here, a Tom Fazio course and another designed by Jack Nicklaus. From a practical standpoint, the infrastructure here allows events to take place without undue inconvenience to our members.

“But to be honest, these events wouldn’t be here year after year if our courses were not exceptional and our membership weren’t so involved and supportive of amateur golf. In each case, it’s the members who make these tournaments happen.”

The first event on the 2018 schedule, the AJGA Simplify. Boys Championship — celebrating its 10th anniversary at Carlton Woods this February — is particularly illustrative of this dynamic. Yes, several past winners of this event today compete on the PGA Tour, including Jordan Spieth and Ricky Fowler. But because the event is 90 percent funded by Club members themselves (Carlton Woods member Shane Heise is CEO of presenting sponsor Simplify.), it’s come to represent more than just an elite junior golf competition.

“All three of our own kids competed in AJGA events through the years, so we know how difficult and expensive it is to travel and play in these tournaments,” said Christine Dernick, a Carlton Woods member and head of the Club’s AJGA steering committee. “So we insisted on creating local qualifiers and exemptions for this event. With those in place, Houston kids would have the chance to compete with the best, right here at home.”

Dernick said the Club’s grass-roots involvement has also resulted in a unique tradition, whereby each of the 72 players is presented a patriotic-themed golf bag, along with two military-style dog tags. When the tournament is finished, these competition bags are donated to golfing members of the active military and veteran communities.

“When juniors finish on the Monday, they write a thank you note to someone in the military. They put that envelope in the bag, along with one of the dog tags,” Dernick explained. “We want the kids to recognize that they’re playing on these beautiful courses and getting the chance to compete because of sacrifices made by others. And you know what? They really get it. That’s another aspect of the tournament that we’re very proud of.”

The Drive, Chip and Putt Championship is open to boys and girls ages 7-15, in four separate age categories. For more information on this national program and September’s event at Carlton Woods, visit www.drivechipandputt.com.

For more information on The CW Invitational, including invitation requests, visit carltonwoodsinvitational.com.

The breadth of these events leaves just one amateur demographic not served by the Club’s tournament schedule: college-aged amateurs.

“That’s one reason we leapt at the chance to host the Jim West Challenge again this September. It’s an honor and thrill to host top women’s teams from all over the country,” Salzman said, noting that national power Duke University claimed the 2017 title. “A lot of private clubs discourage ambitious tournament schedules. They don’t generally want to share their facilities that much, year after year. That’s just not the case here at Carlton Woods.

“I’ve worked as a general manager at clubs all over the U.S., but the civic attitude and the ethos of inclusion here at Carlton Woods is pretty extraordinary. This remains a very exclusive club property, but initiation fees for new members here are more approachable than most would believe, with equity and non-equity classifications targeting young members, people living in the area, out of the area, and multiple club holders. Our membership wants that sort of diversity. And it’s been the members who have made these events (and all the charitable efforts that come with them) such a priority. It’s really a part of the Carlton Woods identity now.”

About The Club at Carlton Woods

While several country clubs with a national profile offer a “one-of-a-kind” combination of championship golf, tennis, spa, and other luxurious appointments, The Club at Carlton Woods is a place where members enjoy a two-of-a-kind experience. Nestled in the rich, scenic beauty of The Woodlands, Texas, The Club at Carlton Woods redefines the essence of lifestyle and privilege with not one, but two remarkable and distinctive playgrounds: The Nicklaus Signature golf course and clubhouse, and the Fazio Championship golf course and clubhouse — each providing an uncompromised array of world-class amenities. For more information, visit carltonwoods.com.