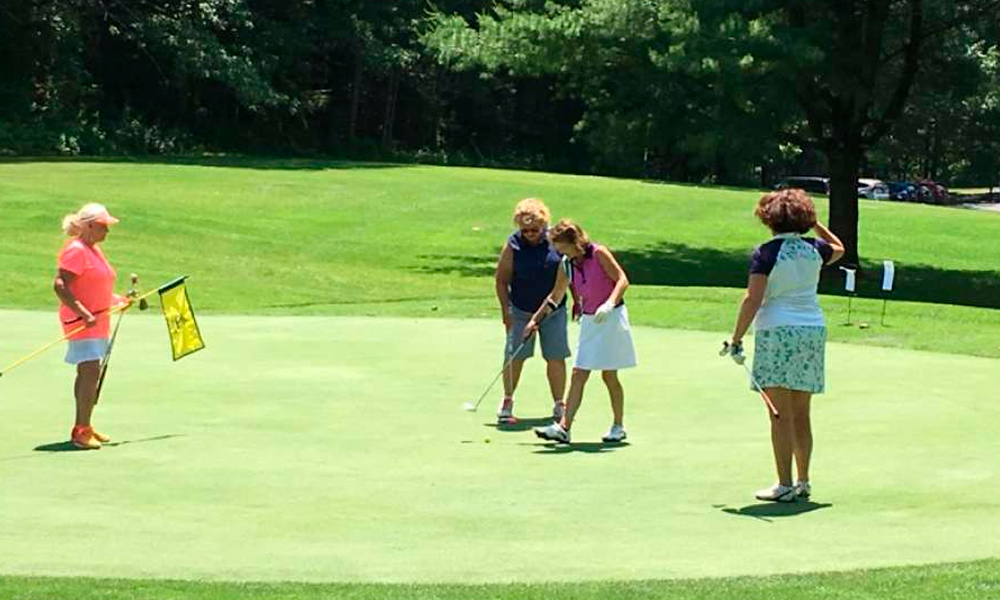 The Play It Forward initiative of the golf industry has led to significant changes at Pinehaven Country Club in Guilderland, where the game has become more enjoyable for the women’s membership.

Looking to serve existing members while appealing to new ones, the club last year shortened eight holes, reducing the yardage from 5,461 to 4,839 from the red tees.

“Let’s face it — we are all getting older,” said Anne Van Buren, a member of the club’s board who has belonged to Pinehaven for 29 years. “All clubs struggle to attract younger members. And in reality, the average age of the golfer is getting older, and we need to make golf friendlier for those people.”

“The feedback from our membership is tremendous, and more members are now playing in our women’s events,” Pierotti said.

Mary Ellen Milos, who carries a 17 handicap and competes in Northeastern Women’s Golf Association events throughout the Capital Region, said she was surprised at how much the changes have enhanced the pleasure of playing. She is 67 and also has been a member of Pinehaven for 29 years.

“It became fun again when I could make par and have a shot at birdies,” she said. “I just love it.”

Milos said the commitment by the club not only to move the tees forward but also to get them rated for tournament and league play has been a big factor in making the course equally enjoyable for both the serious, competitive women members and social golfers.

Pinehaven uses the new tees for all competitive women’s play except for the women’s and senior club championship, Van Buren said.

As a single-digit handicapper, Van Buren said the new tees offer a challenge to longer hitters by forcing them to use a different strategy on a few holes.

“Course management is the key,” Van Buren said, adding that each layout has its own unique challenges.

Pinehaven has six tee combinations in its 6,600-yard layout, allowing men to play rated distances that fit their games, too, Pierotti said. Known as a narrow, long course, it was built in the historic Pine Bush area of Albany County.

“It’s important for people to play at a distance that reflects their playing ability,” said Pierotti, who added that hitting shorter irons into the green on a course with the playing conditions of a country club makes Pinehaven a desirable track for golfers of all levels.

With only one new tee box built, the course made these upgrades at a minimal cost. The new tee boxes were positioned in flat areas and are maintained equally.

The club has made these steps to attract new women members and become a more “female-friendly” course. But there is more work to be done.

Pinehaven has 257 members, with 25 primary women members. Many couple memberships include a male member designated the primary member. Weekend tee-time restrictions based on membership status are under review.

For 2017, the club has attracted 23 new members, and one of those memberships is a “single” women’s membership with pool privileges.

With a more playable layout and a contented membership, Pinehaven hopes to grow those numbers in the years to come.