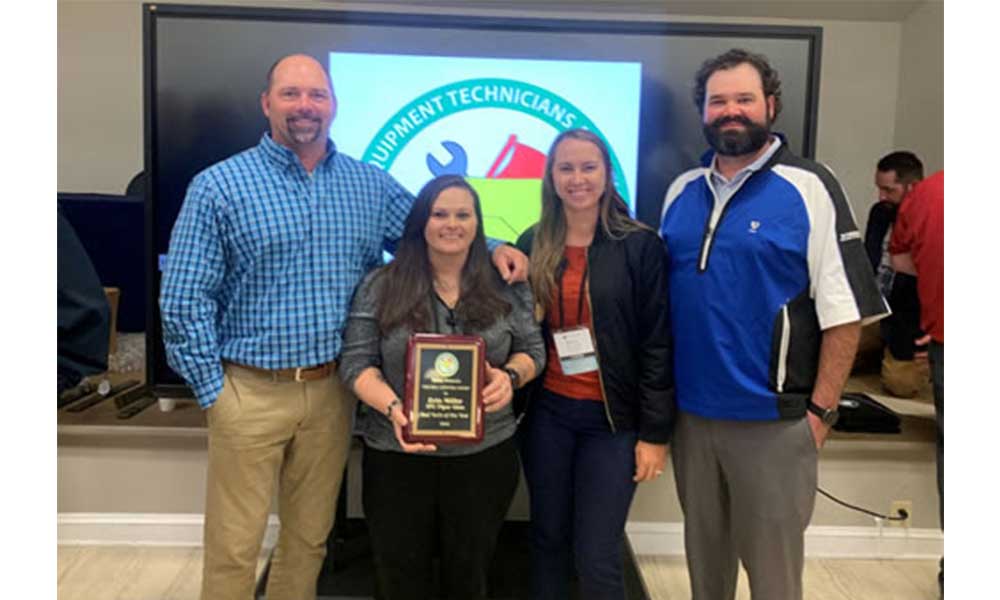 Miller began at TPC Piper Glen as a crew member nine years ago and worked her way through the ranks to become lead horticulturist. This year, she found herself thrust into the role of assistant equipment manager after the club’s regular equipment manager, James Penny, was injured in a freak accident.

Penny was working in his yard at home when he was hit by a car. He is still working through extensive rehab and is expected to return to work but in the meantime, Safrit needed someone who could keep his equipment fleet functioning at a high level. And at a critical time of year, entering the peak growing season and a host of tournaments including the member-guest.

“Erin was fully thrown in the fire and forced to hit the ground running in James’ absence,” Safrit says. “She quickly became a master at grinding reels, daily repairs and preventive maintenance, and was able to help organize and prioritize repairs to ensure the operation never suffered or was delayed. Through good times and bad, she has shown great poise to never get rattled or discouraged and always kept herself and team upbeat to ensure the daily plan went accordingly. This year the heart of the operation lay in her hands.”

That operation included more than 125 pieces of equipment used by 25 team members across 185 acres of maintained turf that saw more than 38,000 rounds of golf. “Needless to say, without Erin this year, our operation would have come to a screeching halt. But thanks to Erin, we never skipped a beat.”