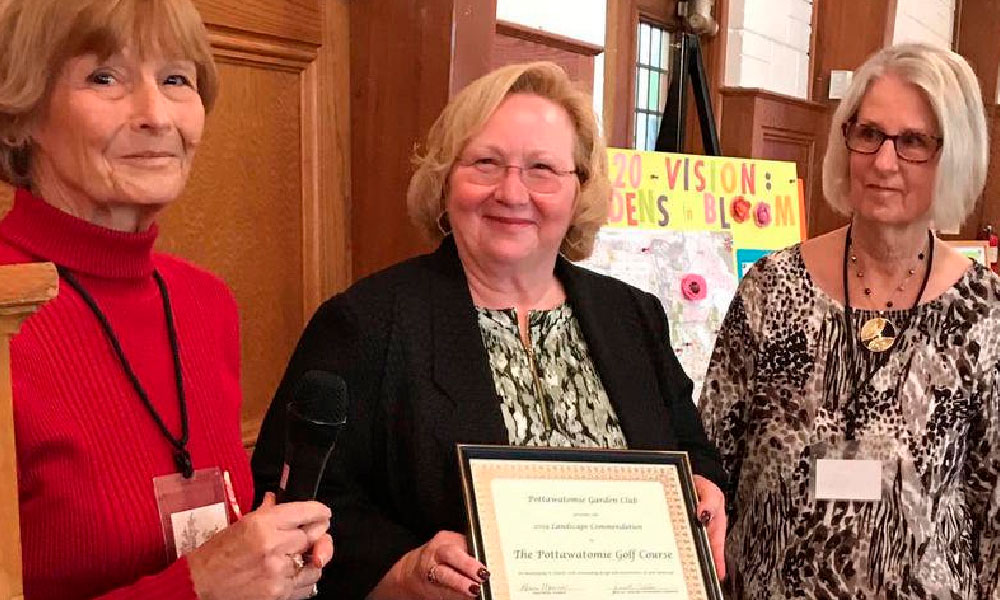 The golf course has made a commitment to the environment since 1997, when it became certified in the Audubon Sanctuary Program, according to a news release from the Pottawatomie Garden Club. Under Gillett-Parchert‘s supervision, the golf course has planted native plants that filter water as it drains into the Fox River and also helps reduce the need for water, the release stated.

The staff and volunteers at the golf course have also begun a “Save the Monarch Butterflies Program.” They have released more than 260 monarchs in the past two years, the release stated.

“Gillett-Parchert‘s dedication during her 20-year tenure has made this golf course a beautiful landscape, as well as keeping a commitment to the environment,” the release stated.