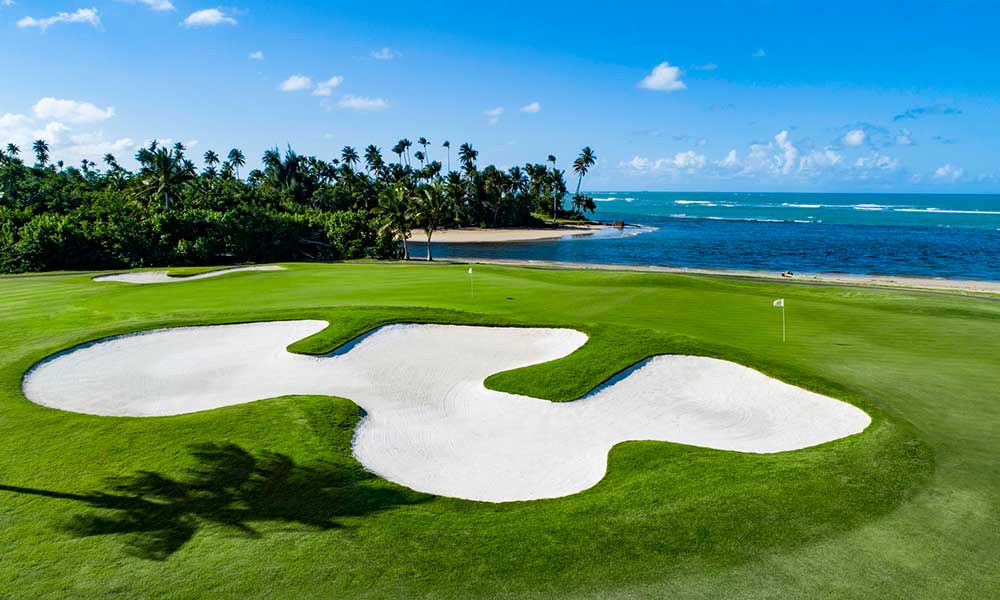 Puerto Rico tourism is setting records in many key visitor categories and the invigoration and momentum is being replicated by many of its niches, not the least of which is golf.

New records in visitation, visitor spending, and tourism jobs have been achieved making 2022 one of the best years in island history. Likewise, golf has achieved several firsts, including being the first non-mainland venue to host a United States Golf Association (USGA) championship – the U.S. Women’s Amateur Four-Ball last April – and Puerto Rico will debut as the host site of the Latin America Amateur Championship (LAAC), Jan.12-15, 2023 at Grand Reserve Golf Club in Rio Grande.

The LAAC is backed by the USGA, R&A (Europe’s governing golf body), and Augusta National, home of the iconic Masters Tournament. The winner of the LAAC earns a berth into the 2023 Masters and the 2023 Open Championship in the United Kingdom. These are two of the game’s most hallowed competitive events.

Additionally, the PGA TOUR annually conducts the Puerto Rico Open in the island, meaning that virtually each of the top golf organizations have deemed that the island holds first-class qualities that are up to the standards of their discerning brands.

The LAAC will be broadcast on an ESPN Network channel two days during the tournament. This will showcase Puerto Rico golf, the island, and several of its players to the world. Puerto Ricans scheduled to complete in the LAAC include Jeronimo Esteve, Diego Saavedra, Max Alverio, Kelvin Hernandez, Robert Calvesbert, and Roberto Nieves. Nieves nearly won the 2022 LAAC and hopes to build on that momentum next month during the 2023 tournament.

Golf in general and Puerto Rico specifically began prospering during the pandemic, stemming from the inherent safeness and ideal social distancing found in the game and on the Island. It has flourished ever since, ushering a new boom era for the game.

Sixteen of Puerto Rico’s 18 golf courses are open to the public. The other two allow play by guests staying at their resort. Golfweek rates several of the Island’s courses among the best in the Caribbean, Mexico, Costa Rica and the Atlantic Islands.

Traveling to the Island is convenient with many choices as it is the air hub of the Caribbean. Further traveler friendliness is found in Puerto Rico’s bilingual culture, U.S. currency, and no passport required for American citizens.

For more information on the Island, travel guidelines, golf courses, resorts and hotels, and other destination attractions, visit DiscoverPuertoRico.com

Discover Puerto Rico is a private, not for-profit Destination Marketing Organization (DMO) whose mission is to make Puerto Rico visible to the world as a premier travel destination. The DMO is bringing prosperity to the people of Puerto Rico by collaboratively positioning the Island’s diversity and uniqueness for leisure, business and events. It is responsible for all global marketing, sales and promotion of the destination and works collaboratively with key local governmental and non-governmental players throughout Puerto Rico’s visitor economy and community at large, to empower economic growth. Visit: www.DiscoverPuertoRico.com