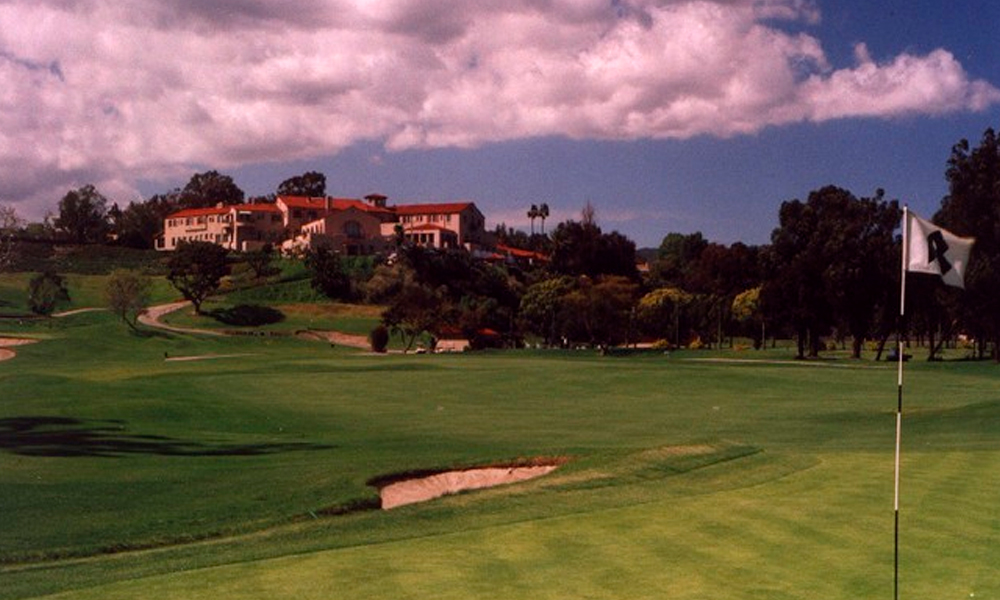 If Rivera Country Club didn’t have rain to contend with during the course of hosting its annual PGA Tour stop each February, that would be news unto itself.

But an unusual excess of wet weather soaking Southern California since late December, coupled with a forecast of a downpour certain to muddy up Friday’s second round, those preparing for this week’s newly renamed Genesis Open appreciate the sunny skies currently over the Santa Monica Canyon.

Eventually, they know they’ll be in squeegee mode sooner than later.

“One of the hidden gems that you don’t really notice until it’s raining is discovering how George Thomas designed this course (opened in 1927) to move water away from the property,” said Matt Morton, the Riviera course superintendent since 2003.

“It’s a fascinating natural surface drainage. The fairways, the tees, the high landing areas were all designed to be high and dry, so the water moves around it and down in the barranca and out of play. And since we’re in an old riverbed, there is enough sand and gravel beneath to allow it all to drain.

“Overall, the course is great and holding up well to this point.”

In Rivera’s 90-year history, the most destructive rain came in 1938. A torrential wet winter in L.A. sent a six-foot wall of water through the course and seriously damaged the seventh and 13th holes as well as washing out the alternative fairway on the eighth hole.

There is also the story of the 1949 event where rain, hail and even snow played havoc. Four-time L.A. Open champ Lloyd Mangrum, known as “Mr. Icicle,” was so cold he wore pajamas underneath his pants to stay warm.

Morton had just a couple of years under his belt as the superintendent when non-stop rain and lightning shortened the 2005 Nissan Open to just two miserable rounds. Close to seven inches of rain fell in three days, flooding bunkers and causing thousands of worms to come out of hiding.

“That was unbelievable,” he said. “We were just saturated.”

Adam Scott won the event after a one-hole playoff against Chad Campbell, but Scott was not credited with a Tour win because of the shortened length. That was the only time the PGA has never been able to get a four-round tournament from Riviera. Morton doesn’t foresee another situation like that happening.

“The rains this season have spread out and given us a chance to dry out,” said Morton, who said he will know more Tuesday from the PGA Tour’s weather service as to what exactly to expect this weekend.

The latest updates from Weather.com show a relatively dry and overcast Thursday, with rain starting Thursday night and continuing all day Friday. Showers are also forecast for Saturday and Sunday in the 50 percent range.

Given that rain is a given at Riviera this time of year, Morton noted that it wasn’t that long ago that drought conditions were affecting play more noticeably.

“I was looking through the L.A. Almanac pulling data recently and you can see how the last five-to-six years were so dry,” said Morton. “In this transitional year with all the water, it’s great for the state but maybe not this week.”