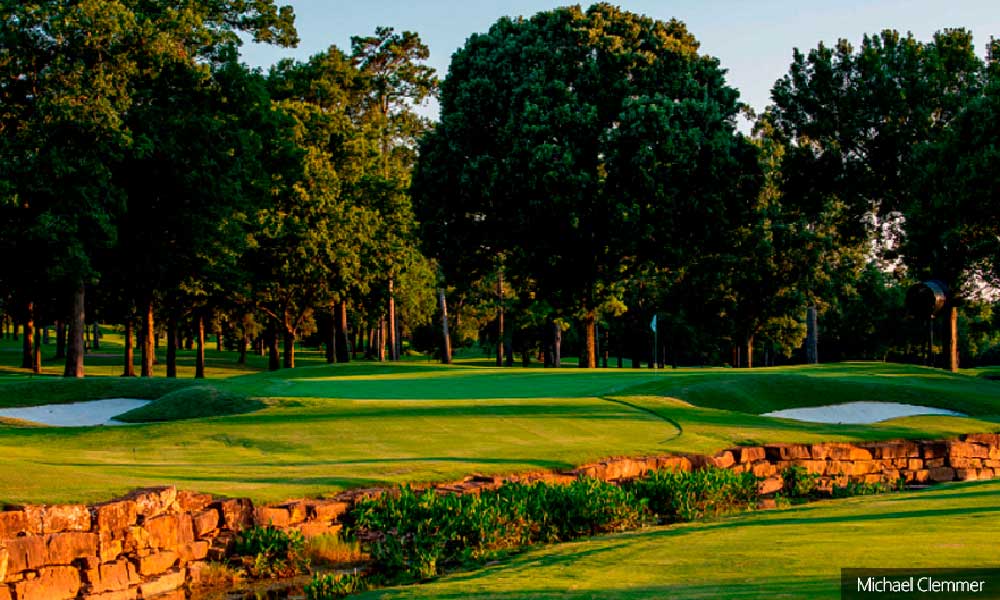 Golf course architect John LaFoy has completed a golf course renovation of the East course and the practice facilities at the Country Club of Birmingham in Mountain Brook, Alabama.

Donald Ross designed both of the club’s courses in the mid-1920s. The West course was renovated by Robert Trent Jones in the early-1960s and again by Pete Dye in 1985. The East course was worked on by George Cobb in the 1960s and by LaFoy in 1989.

Following Dye’s “full-scale golf course renovation” of the West course in 1985, LaFoy was contracted to carry out work on the East. “Both of the courses received a complete tee to green comprehensive golf course renovation, however, the course was renovated more to the Ross ‘traditional’ style, as opposed to what was done on the West course,” said LaFoy.

In 2012, plans were started to renovate the club’s practice range and short-game facility. As plans developed, it became clear that tees, bunkers, and golf course irrigation needed attention on the East course, including the addition of a large pond for both aesthetic and water supply purposes.

The East course had five different scorecards for various member groups and at least one hole was a different par for men and women golfers. There was also no continuity in terms of tee size, shape, and location.

“It was important to re-frame this venue to accommodate every group that played the course, utilizing one scorecard with every hole the same par for both men and women,” said LaFoy. “This included paying attention to forced carries and ensuring that the shots required from each set of tees did not exceed the capabilities of the players. It was also important that the tee markers could be moved so turf wear could be spread around, as well as providing flexibility in length from the same set of tees.”

A six-tee system was put into place using most of the existing trees and adding 28 more. Most were forward tees, although several were back tees, stretching the course out for the better players. “It was important that every caliber of player got something from this project. Because of the traditional course design, many greens were close to the tee for the next hole, allowing for the placement of some ‘walk-on’ tees adjacent to the greens.

“The multiple tee system is much more than just an attempt at a ‘Tee It Forward’ program, but an initiative to make every member, regardless of age or skill level, feel like the course is playable for them. We wanted every member to feel like they were playing from a set of tees that were not just an afterthought.”

All bunkers have been rebuilt to Better Billy Bunker specifications. “No bunkers were drastically changed, but some sand lines were adjusted for increased visibility,” said LaFoy. “The putting surfaces were virtually untouched except around the edges where some of the ‘dams’ – created by topdressing build-up, which was restricting flow of surface water from escaping – were lowered and re-sodded.”

Construction started in July 2018 after the Alabama State Women’s Amateur Championship, due to the courses sharing the practice facilities, which were used by the players. Work was completed in spring 2019 with the course growing in since.

LaFoy’s work on the practice facility has seen the top deck of two-tiered tees lowered to make the practice all on one level. “In addition to the area we gained from eliminating the transition slope, we also enlarged the tee to the front and to the right side,” said LaFoy. The tees on the course have also been squared off for a ‘traditional’ appearance.

“’Wedge’ greens and other target greens, some with sand bunkers, were built in the range fairway, as well and mounding at the end of the fairway to contain shots. The final solution will also include some netting due to some limitations in the range acreage. We totally renovated the short game area, combining two smaller greens into one 8,000 square foot ultra dwarf Bermuda green and greatly expanded the chipping areas around it. We placed two sand bunkers around the green, one of which can be used for fairway bunker practice.”

A new 2,000 square foot teaching building equipped with the latest instructional technology has also been built. “Director of golf Eric Eshleman has an excellent teaching staff and wanted to provide the ultimate learning experience for his members. Eric’s input on the building and practice facility was invaluable.

“The CC of Birmingham is a wonderful example of how a country club benefits from a clear vision and a continuity of leadership. The club’s architectural chairman, Barney Lanier, and key members of the golf and green committees, as well as the director of maintenance, Lee McLemore have been in place since the original 1989 golf course renovation. Bobby Knight, the East course superintendent has been on staff for a long time as well. I feel fortunate to have been included in each step along the way to help implement their vision and contribute to the overall success of this and every project. The list of team members would be too long to mention but suffice to say this was the ultimate team effort.”