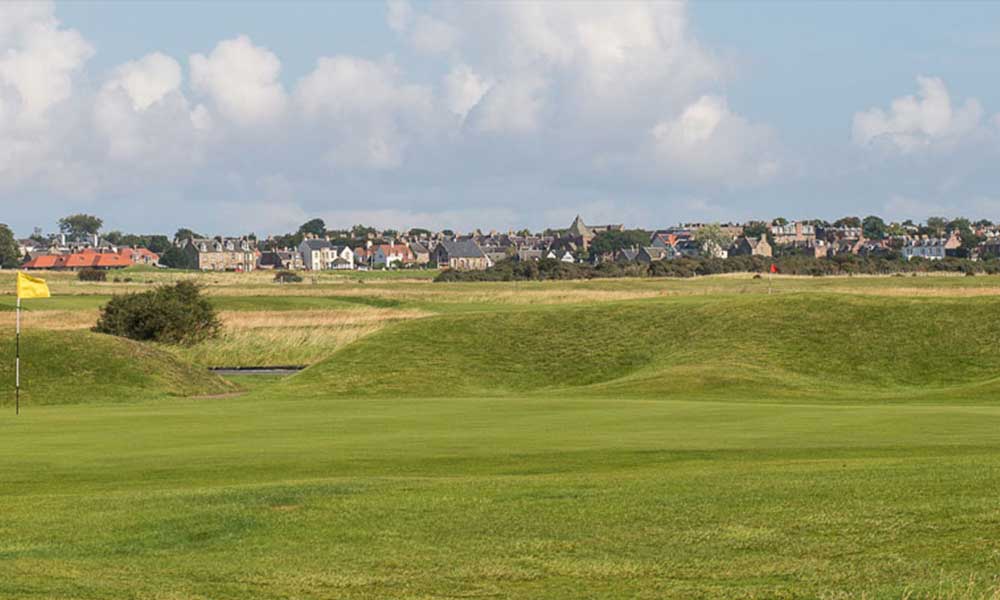 Established in 1894, the traditional links course at Luffness New Golf Club in East Lothian golfing country between Aberlady and Gullane was designed by Tom Mitchell Morris. Sometimes known as ‘Old Tom’, Morris designed or remodeled around 75 golf courses in Britain during his lifetime, including The Old Course at St Andrews, Muirfield, and Carnoustie.

The challenges faced by Course Manager David Coull at Luffness are shared by many of his counterparts across the UK and in Europe. With a 30-year-old irrigation system installed in 1991, course maintenance and conditions were hampered by frequent leaks and poor pressure. With the East Coast of Scotland experiencing dry spring weather over the past decade, it was an ongoing struggle to cope with bone-dry surfaces throughout the season, with the loss of grass cover starting as early as April. Against all odds, the club’s dedicated irrigation technician managed to keep the aged system operational.

“This season, despite the drought, the course is better than ever thanks to the staff’s continued efforts, aided by the efficient and effective use of the new Rain Bird® system.” — Club Secretary, Stuart Graham

A new system was required to allow the club to record usage and water volumes, increasingly important for courses to monitor closely their energy and water resource data and who may find themselves in the spotlight having to justify usage when there are water shortages and hosepipe bans.

The Scottish Environment Protection Agency (SEPA) responsible for abstraction licenses, for example, now requires courses applying to provide detailed information about areas to be irrigated and maximum anticipated water volumes on a daily and annual basis. There’s a requirement to record usage and measures either planned, or in place, to ensure water efficiency, such as good practice, monitoring, leakage checks, and undertaking water audits. Irrigation Consultant Adrian Mortram had evaluated the system a few years previously and was reappointed in 2019 to design an irrigation system to accommodate the current course layout, offer more flexible control, and allow additional areas to be irrigated.

“Having completed a GPS survey of the course outlines and mapped sprinkler locations, we began by finding out which areas the club wanted to focus on and irrigate. They had done their due diligence so knew what they wanted and were able to contribute a lot of ideas and suggestions. We shared examples of system installations and results at other links courses, which helped us decide priorities together.” Winning the contract as installation contractor, Ocmis scheduled work to take place between mid-September 2021 and the end of February 2022.

“We’ve amended our irrigation process and saved hours of staff time. Previously, I had two people hand-watering for six hours, four days a week, so that’s fifty to sixty hours a week saved, and that’s been one of the most significant benefits. With the new system in place, grass cover hasn’t been lost at all this year and we’re now seeing grass recover, even with the recent drought.” — Course Manager, David Coull

The new system is targeting all the right areas and has shortened the irrigation window.