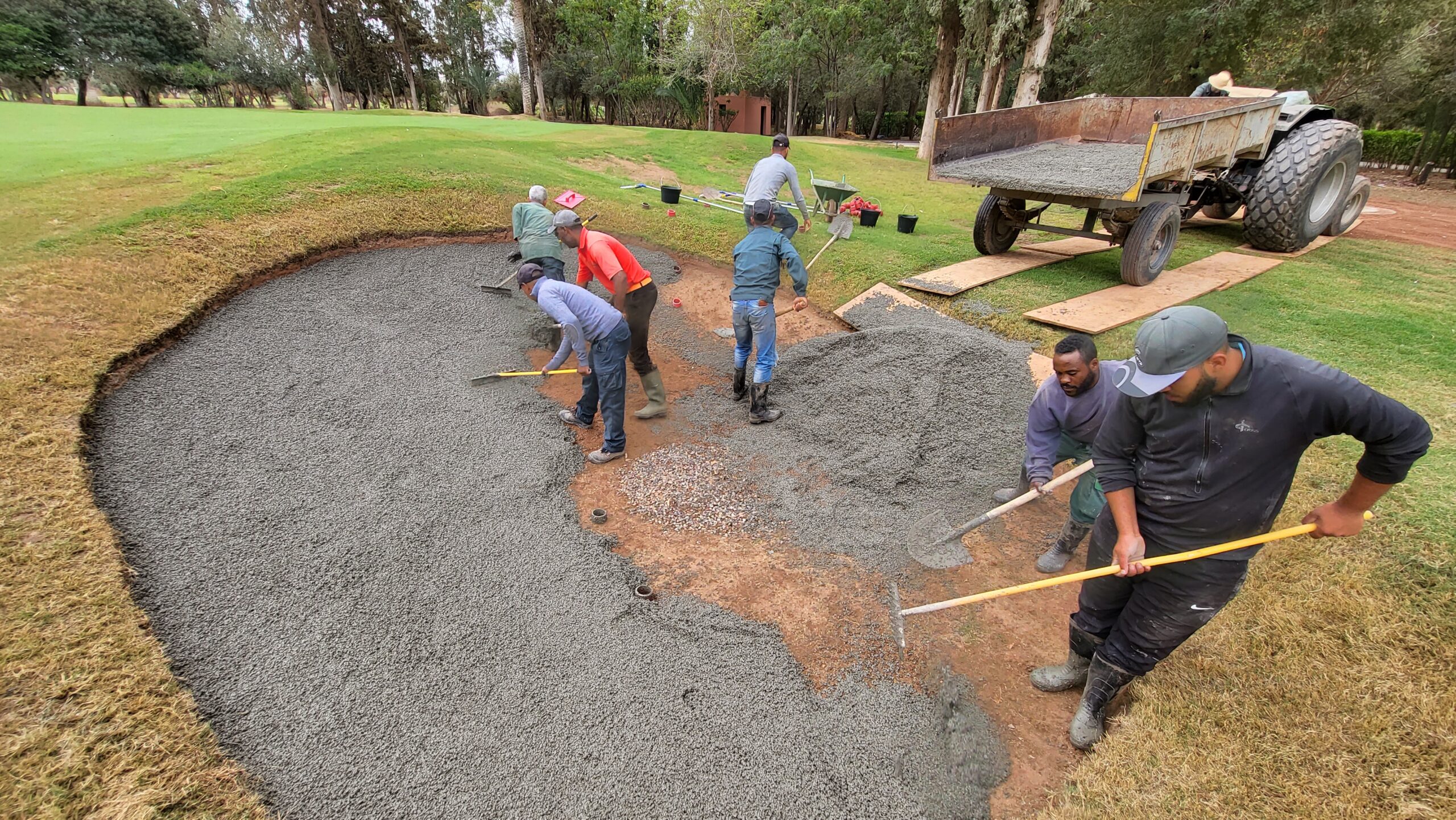 Royal Golf de Marrakech, the oldest course in the Red City and the second oldest in Morocco has reopened nine reconstructed holes of its Old course, which was originally built by French professional Arnaud Massy, the 1907 Open champion.

There are now around twenty golf courses in Marrakech, but none resemble the Royal, which, by virtue of its long history, is now an established parkland layout, with holes lined with large trees – though the trees are mostly palms, eucalyptus or olives, as suits such a dry location.

The reconstruction has been handled by general manager Stephane Talbot and has included the installation of the Capillary Bunkers lining system in the course’s sand hazards. But this is – usually – not principally for drainage reasons.

“It doesn’t rain much here – less than 300mm (12 inches) s a year is typical – so drainage in conventional terms is not really a driver,” Talbot explains. “But suitable sand – ironically given the desert environment – is scarce and expensive, so the use of the Capillary Bunkers system is important as it helps us to ensure the bunker edges stay fixed and prevents contamination of the sand.” The sand in Talbot’s new bunkers is pearlescent white and made from crushed marble.

The course reopened on November 1, and on October 29 Talbot’s crew was still building bunkers! “I decided to add a new fairway bunker only a week before opening,” he says. “With many other liners, this would have been impossible, but the short order horizon of Capillary Bunkers – we can have a concrete truck here within a day or two – and the fact that we can install the liner ourselves made it feasible. There is no reliable golf contractor in Marrakech, so being able to install the liner in-house is particularly important. Indeed, I plan to build further fairway bunkers once the course is open – this is possible because we are using Capillary Bunkers.”