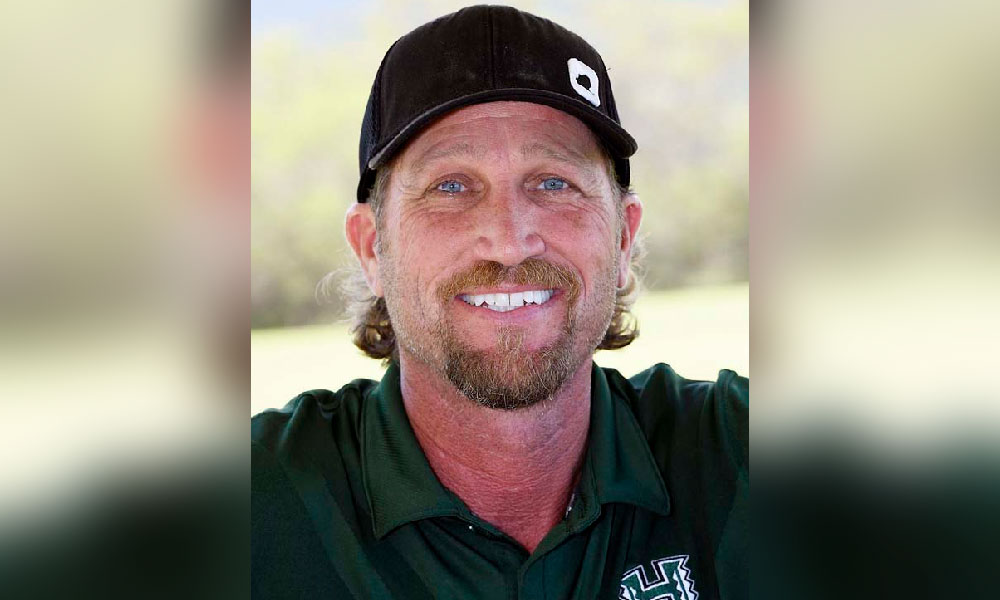 Early on a sunny day recently, Waiehu Golf Course Superintendent Todd Allen and his crew race to finish their morning duties before a wave of golfers overtakes them on the back nine.

Some groups bearing down are sixsomes made up of Maui retirees in their 70s and 80s, while others are comprised of younger local golfers and visitors from Japan and the Mainland. After a two-year renovation that saw all 18 greens enlarged and regrassed, the municipal golf course is once again a popular place to tee it up. Golf course starter Hollie Dalapo says the quality of the renovation is what has golfers excited to play the 175-acre oceanfront layout.

“They just love it,” Dalapo said. “Everybody’s coming back. Business is definitely picking up.”

Veteran Wailuku golfer Alvin Inouye offered his review of the municipal course’s condition as his sixsome walked from the 11th green to 12th tee.

“It’s the best it ever was,” Inouye said. “If it wasn’t for golf, most of us would be dead. This is the best it’s been as far as I’m concerned. Mostly the greens, they’re super nice.”

While much of the credit must go to Allen, who has overseen the turnaround during his nearly five years at Waiehu, the superintendent prefers to shine the light on his 17-member crew.

“I’m so proud of my guys,” Allen said. “I’ve seen a lot of growth. They’re taking great pride in the golf course. Everywhere they go golfers are thanking them.”

The renewal has also caught the eye of the Aloha Section PGA. At tonight’s Aloha Section PGA Ho’olaulea Hawaii Golf Awards Ceremony on Oahu, Allen is set to receive the organization’s 2019 Superintendent of the Year Award. Waiehu Pro Shop co-owner Art Rego also is slated to win Merchandizer of the Year and pro Lee Sakugawa, Teacher of the Year.

“I am extremely humbled and honored that my peers recognized all the work we put in,” Allen said. “It (the award) was never on my mind. I was just trying to improve the golf course. I appreciate the support of the Parks and Recreation Department and Maui County.”

He said the key was motivating his crew to believe it could accomplish the “end vision.” The vision? “To give the best possible playing conditions for the local golfers and the County of Maui within the budget we have,” Allen said.

Working within the budget meant no extra funds were used for the renovation. While last year’s complete redo of the Kapalua Plantation Course’s greens, tees and fairways cost more than $10 million, Allen and his crew had to make do with the course’s regular annual budget.

While the greens used to feature Bermuda grass that was struggling to survive, and thus susceptible to weeds and disease, they are now planted with salt-tolerant SeaStar Seashore Paspalum. The result is lush, hardy greens that require less water, fertilizer and chemicals.

While replacing the turf, Allen took the opportunity to enlarge the greens and surrounding collars. At the fronts of the greens, he created approaches where balls that land short have a chance to bounce onto the putting surface.

“All the greens were small,” Allen said. “I just used how they naturally were designed and just expanded them out to where most golf courses are designed in today’s age.”

Stopping by the green on No. 5, Allen pointed out how the former postage stamp-sized green now has receptive landing areas on and near the enlarged surface. The downwind, downhill 234-yard par 3 may still be one of Maui’s toughest holes to par, especially when the trades are howling, but it is no longer as punitive to shots that aren’t perfect.

Following a solid approach that allowed him to tap in on No. 5, part-time Kaanapali resident Greg Helgeson gave the renovation a thumbs up.

The renovation was spotlighted nationally in the September 2019 issue Golf Course Management Magazine. Allen says he and his crew are not content to rest on their laurels. He said they have moved on to improving the tees and hope to begin redoing the fairways soon.

“We still have a long way to go, but we’re getting there,” Allen said.

Pro Shop co-owner Rego is a PGA pro, who has been with Waiehu for more than 30 years. He said it was tough sledding for his business during the renovation, but the quality result is beginning to pay dividends.

“The course is the best it’s been since I’ve been here,” Rego said. “It’s getting better every month. Todd’s doing a really good job, and the workers are happy too.”

He said players have always raved about Waiehu’s beautiful views, but now they walk off the course talking about its greens.

“Overall, we haven’t had any bad comments,” Rego said. “For the past two years it’s been pretty quiet, but they are coming back.”

Sakugawa is a 1977 Maui High School graduate who attended Boise State on a baseball scholarship. He is now a PGA pro and certified putting instructor who can be found teaching at Waiehu from Monday to Friday. He said the Teacher of the Year Award was “humbling.”

Sakugawa said the renovation has brought Waiehu Golf Course to a new level.

“I think Todd and his crew did an awesome job,” he said. “I’ve never seen the greens like this before. He and his entire crew are out there working hard.”

* Matthew Thayer can be reached at thayer@maui.net.

New York creates 2nd edition of BMP guidelines for golf courses
Everything You Wanted to Know About Conifers, but Were Afraid to Ask
To Top