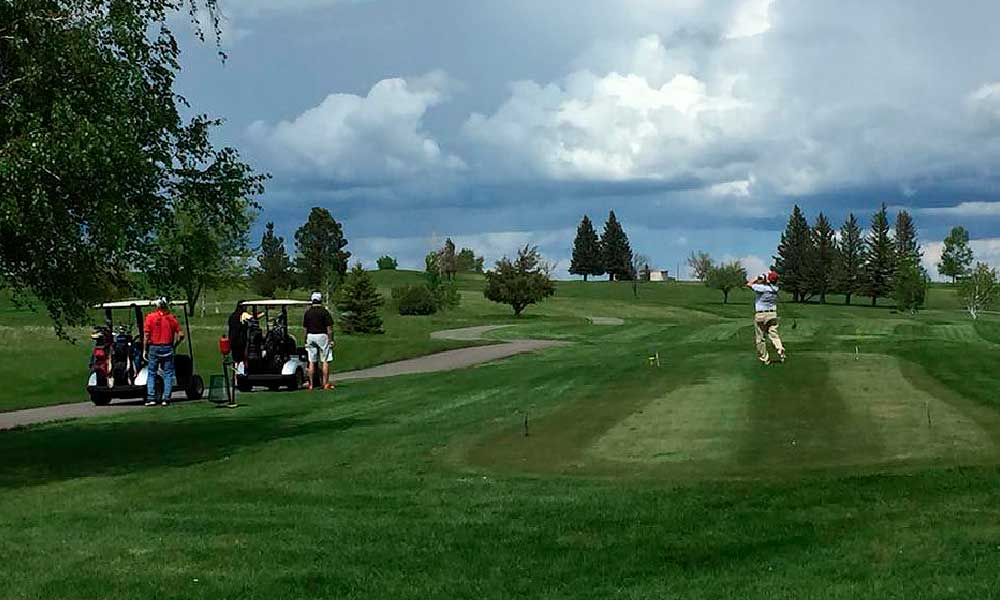 Sheridan City Council approved the lease of new equipment for the Kendrick Municipal Golf Course last week as part of a recent push to improve conditions at the course.

In March, the council increased Kendrick’s fees to bring them in line with other municipal golf courses in the region. City staff suggested that increase, in part, to help Kendrick staff implement plans to repair and improve the course.

The city hired Justin Bishop, who started working as the course’s superintendent in July, to oversee the enhanced maintenance plan and work with Kendrick golf pro, Brian James on making improvements to the course.

As the pair set about those efforts, however, city Public Works Director Lane Thompson said they were limited by their aging equipment.

“One of the things that were very apparent once we started down this path was that our equipment was very old and broke down,” Thompson said.

Though the work on Kendrick Municipal Golf Course has only begun, golfers have taken notice.

During Monday’s council meeting, Bob Sizemore, the president of the Kendrick Golf Association, said the renewed focus on maintaining the course is already evident, particularly in the condition of Kendrick’s greens and fairways.

And the improvements are encouraging more participation among players, he said.

“It’s only been a little over a month, month and a half, that the players have actually been able to see improvement,” Sizemore said. “And the difference between then and now is incredible really. Because the vibe out there has gotten so positive.”

Sizemore said the association is not new, but its membership and activity had dwindled in recent years. The group is looking to reverse that trend, though, and has recently stepped up its efforts to recruit golfers.

“The Kendrick Golf Association is basically reinvigorating itself,” Sizemore said.

As improvements to the course continue, Sizemore said the Kendrick Golf Association intends to organize the course’s players to offer feedback to Kendrick staff and city officials while also organizing volunteers and funds to contribute to developing the course.

“We want to make Kendrick a destination golf course,” Sizemore said. “…We have a gem out there.”

The five-year lease on the new golf course equipment will cost Sheridan $36,543.60 per year. Thompson said the lease comes with a two-year bumper-to-bumper warranty on the equipment and an option to purchase a service agreement when that warranty ends.