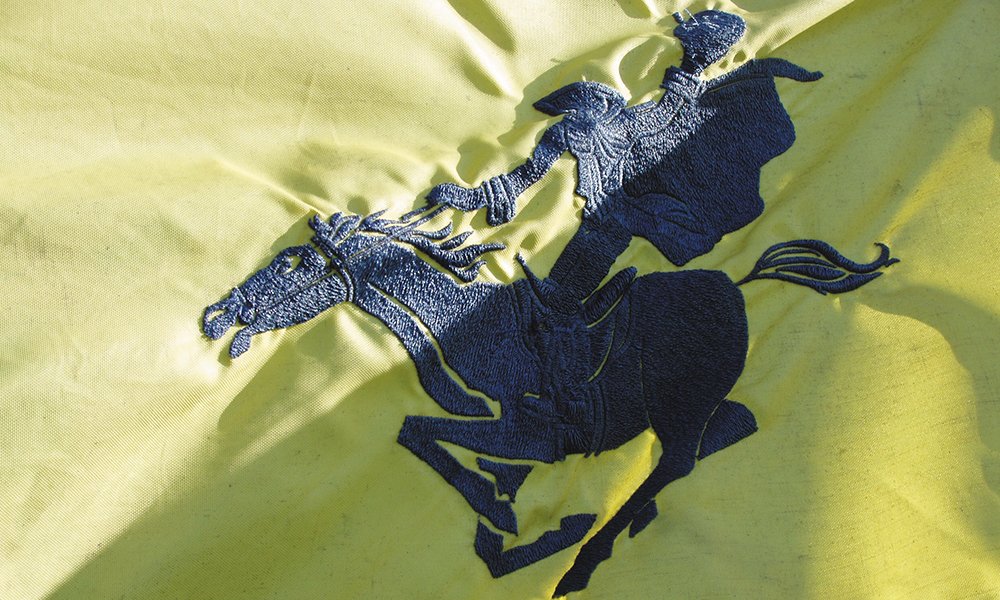 Even before Washington Irving wrote the town of Sleepy Hollow forever into our national literary culture, the area was known to be home to countless ghosts and goblins. Myriad tales of specters and spooks found their genesis in this once thinly-traveled recess of the Hudson highlands, and its reputation for being haunted extended much further back than Irving. But since the 1819 publication of his iconic short story there has been one indomitable figure; the Headless Horseman is likely the most iconic phantom in American literature. Chief among the cursed souls that in that valley dwell he rides like the winds of Hell through the Rockefeller State Forest chopping off heads where he finds them.

But now, almost 200 years to the day from the publication of “The Legend of Sleepy Hollow,” another ghost has risen, this one far more benevolent. It’s Charles Blair Macdonald, the quintessential Golden Age golf architect, the designer of such indelible masterpieces as National Golf Links of America, Yale, and Piping Rock, and progenitor of dozens more through his architectural bloodline of Seth Raynor and Charles “Steamshovel” Banks.

Macdonald was the original designer of Sleepy Hollow Country Club, but land acquisitions and sales, along with intervening designers, resulted in a confused checkerboard of a course that was part Macdonald and…well…part not Macdonald. And like the old football adage of “When you have two quarterbacks, you have no quarterbacks,” when you have two design styles at your golf course, you do not have a contiguous whole.

Happily, in 2005 Sleepy Hollow C.C., wisely and steadfastly stewarded by Greens Committee chair George Sanossian, hired Gil Hanse to restore what Macdonald features still remained, and to re-create the strategies and artistry of Macdonald in the holes that were not originally his. 13 years later, the work is finally complete, and Sleepy Hollow is now the envy of the golf world, fully renovated so that the new holes designed by Hanse look like something Macdonald might have created, Golden Age splendor newly-minted. Macdonald has risen again. Now two specters haunt Sleepy Hollow, equally fearsome, both worthy of the immortality they have achieved.

Macdonald came to Sleepy Hollow in 1913, fresh off his wild success at National Golf Links of America. He had rocked the golf design world to its foundations with his brash boasting of how he would show everyone how to design a golf course, and then he went and blew everyone away with the results. He talked the talk, and then he also walked the walk.

Macdonald was riding the crest of a high and beautiful wave, a revival and a return to sublime strategies and bold features. National attracted the attention of Sleepy Hollow C.C.’s founders, a veritable Who’s Who of American high society – Rockefellers, Astors, and Vanderbilts. So just as rich patrons in Italy would choose Da Vinci or Michelangelo to paint their daughters who wouldn’t sit still, over a verdant 340-acre Vanderbilt estate that bordered the Hudson and looked across its sapphire waters to the frowning rocky tors of the Palisades Macdonald recreated holes from the greatest courses in the United Kingdom for America’s crème de la crème.

What a glorious location they gave him: with dappled sunshine blazing like gold off the mirror-clear, motionless Tappan Zee beneath the mighty mountain, it could have been painted by an Italian master. The clubhouse is a former Vanderbilt estate. It’s downright palatial.

Macdonald finished his work in 1914, but his design began to erode just six years later. Real estate deals erased four holes (they were replaced by work from Tom Winton, a local architect), and then A.W. Tillinghast came in 1930 to increase the number of holes at SHCC to 27. Some of Tillie’s work became the first, eighth through 12th, and 18 holes of the course Macdonald had designed.

But as Morrissett noted in his recent GolfClubAtlas.com profile of the renovation work, the club had a dilemma – two giants of golf course architecture worked at Sleepy, but their design styles clashed. When it came time for a renovation, “the conundrum the board faced was how to act as a custodian when it wasn’t certain what it was trying to preserve.”

In the end, the club chose Macdonald, perhaps because so many great Tillinghast courses are within shouting distance of Sleepy Hollow, or perhaps because by 2005 the Second Golden Age of Golf Course Architecture was in full swing and Macdonald designs were, once again, garnering the attention they richly deserve. It may even have been a little of both.

Hanse succeeded beyond all expectations. In 2005-06 he finished the bunkering style and scale of the renovated holes, then in 2016-17 he redid the greens, adding bold Macdonald-like internal contours, while increasing pinnable space. In particular, greens one, eight, nine, 10, 14, and 18 were all significantly enlarged. Moreover, one, eight, and nine became new Macdonald template holes: a Leven, a Road Hole, and a Knoll respectively.

“At number one, we wanted to stop people driving into the 18th fairway to shorten the hole,” notes head superintendent Tom Leahy, who has been at Sleepy since 1993, and who worked with Hanse throughout the entire project. “The mound that guards the front right of the green now sends balls scurrying into the left bunker, where before that green was a catcher’s mitt, with no penalty to the player who drove into the other fairway.”

The eighth now features a deep Road Hole bunker greenside and the same playing angles as its famous namesake at the Old Course at St. Andrews. Moreover, the green size was increased from 6,100 square feet to 8,400, and the contours were shaped so the ball could be fed from right to left, an enormous improvement from the narrower, blander hole that existed before.

Hanse’s rejuvenation continues throughout the back nine. The 10th green was enlarged significantly as well, while the approach shots on 11 and 13 are now far more terrifying as yawning chasms guard the right side of both greens. You risk getting black lung disease trying to extricate yourself from those deep bunkers. And the finish of the course is all-world.

“The green at 14, for example, now features two long rails that run throughout its length, and it has been squared up, increasing its size significantly,” Leahy says admiringly. “Hanse also not only added a perfect thumbprint in the 16th green that makes the gorgeous outline of a horseshoe, he tied in that green with the third tee box, linking them like the classic Golden Age architects used to do frequently.”

Finally, after the magnificent, dizzingly downhill 17th, the 18th climbs back to the clubhouse before ending at a new green that features a false front and a back portion that abuts the club veranda.

Sleepy Hollow is Colonial Americana in all its charm and earnestness. Just a half-hour drive from the City, it feels a world away. Moreover, after several false starts, the eponymous country club is once again a unified Macdonald whole. Better still, with so much phenomenal movement in the earth, both laterally and vertically – sidehill lies, gargantuan bunkers, and of course wildly curvaceous greens – it is unquestionably now one of the greatest clubs in the world and needs to be spoken of in the same holy whispers as Winged Foot, Pine Valley, Merion, and Cypress Point.

“Gil knew what the weaknesses of some of the holes were and turned them into strengths,” Leahy confided. “It truly is a special place.”