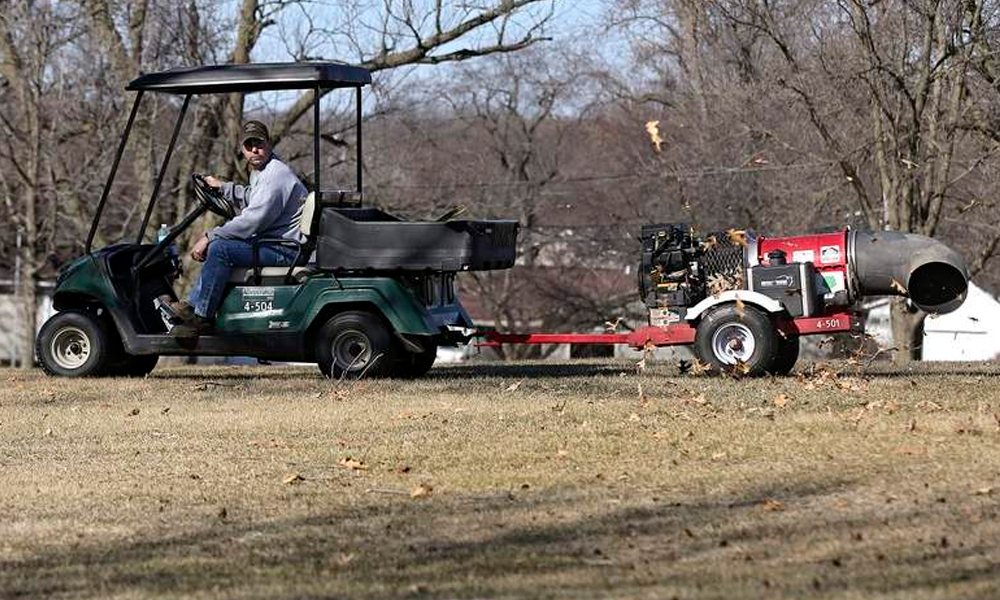 Staff leaders in Cedar Rapids remain committed to closing Jones Golf Course, but the nine-member City Council is not yet sold on the plan and some want to keep it open as a nine-hole course.

Closing Jones, one of four city-owned golf courses, is the most impactful recommendation in a plan released in December to balance the city’s golf department budget, which has averaged an annual deficit of $342,000, and repay some $2 million borrowed from the general fund over the years.

City staff last year ordered an internal review of the golf department, which is supposed to break even but has been losing money for years. Flooding repeatedly cripples Jones. The most recent independent audit of city finances cited the golf department deficit as a compliance issue, and city officials vowed to develop a long term plan.

Poe’s comments reflect the uneasiness for some about the recommendation, which also includes tweaks to hours, pricing and staffing. Remaining staff from Jones, 2901 Fruitland Blvd. SW, are now based at Twin Pines Golf Course, 3800 42nd St. NE.

“I am definitely not in favor of closing all 18 holes of the golf course,” City Council member Justin Shields said. “I may be convinced nine (holes) may not be able to be saved because of the constant flooding, but I don’t see why we would want to close the whole thing.”

Shields considers golf an amenity the city should provide. Ralph Russell, a City Council member, said he wants further discussion about a nine-hole Jones, but added the deficit must be addressed.

At least four members of the City Council are either against closing Jones or undecided. If the remaining five members support closing the course, the recommendation to close would pass.

“The possibility of flooding — and related capital expenditures — is just unworkable from a financial perspective,” said Pat Shey, a City Council member, who plans to support the recommendation. “No private sector golf management company would accept that risk. Why should we?”

Originally, changes to the golf department were incorporated into the overall city fiscal 2018 budget, which is due for a vote on March 14. Instead, the golf recommendation will have its own hearing before City Council. The discussion may not occur until April, and if changes are made, there would be a budget amendment, said Gail Loskill, a spokeswoman for the city parks and recreation department.

Jones began operations in 1959 as a nine-hole course, was expanded to 18 holes in 2001, and saw the opening of a new clubhouse in 2004. Jones in recent years has had the fewest rounds, biggest deficits and regularly faces costs due to flooding. City officials have discussed incorporating Jones Golf Course as a natural area into Jones Park, and converting the clubhouse into a community center for that part of town in the southwest quadrant.

City staff say Jones golfers will swing over to Twin Pines, Ellis and Gardner golf courses, helping put those operations in the black, as well as private courses. Ellis is located at 1401 Zika Ave. NW and Gardner is located at 5101 Golf Course Road in Marion. The Cedar Rapids metro area has 10 golf courses competing for players. With four courses, Cedar Rapids owns more city courses than Des Moines, which outsourced operations for its three city golf courses in 2008.

City staff said they considered closing just the back nine holes at Jones, which has had 25 flood events over 16 years, but it didn’t make sense.

“It doesn’t really change the cost structure,” said Sven Leff, the city’s parks and recreation director. “Whether it’s nine or 18 holes, you still have the same cost structure. It is really such an outlying loss leader it is going to take something more significant than nine hole rounds to turn that around.”

Some golf advocates have spoken out strongly against closing Jones, while others consider it an obvious choice. The majority of the feedback has been acceptance of closing Jones because it’s flood prone, it’s losing money or they don’t think the city should be in the golf business, Leff said.

Leff said he hears from people who question why the city can’t subsidize golf as it does parks and other programs, such as swimming pools. The city’s philosophy is that swimming offers life skills and provides broad community benefit, whereas golf has a much more limited audience and public benefit.

The city is moving forward with the Jones closure recommendation and would have to scramble for a plan B should the City Council vote it down, Leff said. The fiscal 2018 budget is built based on only three courses, he said.

“If it is not supported we are going to have to scramble, quite honestly,” Leff said. “We do not have an alternative for just making up $340,000 in fiscal 2018 right now.”

The internal review committee for the golf recommendations considered a number of high consequence options to offset losses, and those remain on the table should closing Jones not work. Other options are going to face detractors as well, Leff said.

Among the options include privatizing golf operations; selling Gardner to Linn County; selling three acres, half or all of Twin Pines for private development and retaining some portion for a park or golf course; closing Ellis and converting it to parkland; and eliminating positions, including golf division manager, golf superintendent and the half-time customer service representative position.

“This was the big impact piece to really make it possible,” Leff said of the Jones closure. “To go back to step one, the biggest thing we lose is time. We are going to have to go back to all the research, and see what other kind of math is out there and quite plainly what kind of acceptance is out there.”