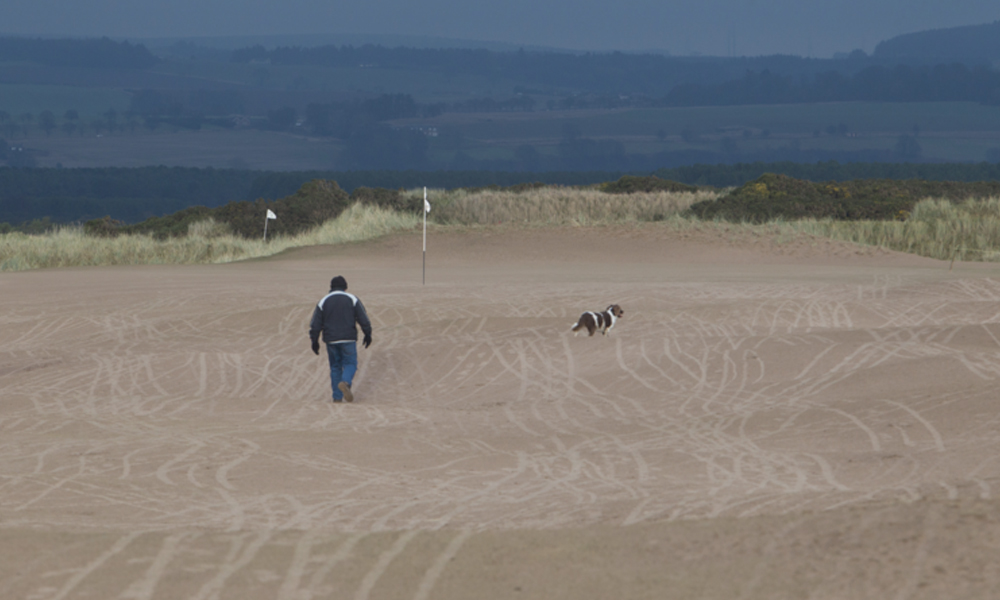 An Angus golf club has begun the “mammoth task” of clearing hundreds of tonnes of sand from greens and fairways after being hit by Storm Deirdre.

The second hole at Montrose Golf Links 1562 course was covered in inches of sand over the weekend.

The club had hired an industrial blower but wet weather means the sand must now be removed by hand.

The club’s head greenkeeper Darren McLaughlin said he had “never seen anything like this.”

He told BBC Scotland: “Essentially, this morning it’s been like concrete.

“The rain’s been our biggest enemy last night, so the only way we can remove it this morning is with rakes and shovels.”

Mr McLaughlin said his 10-strong squad of workers had already cleared 25 tonnes of sand from the fairways.

Mr McLaughlin said the club hoped to reopen the hole to players on Friday.

He said: “There were guys playing it just for the novelty, then picking the ball up when they got on top of it when they realised how unplayable it was.”

The greenkeeper said that coastal erosion had led to the dunes deteriorating to the point where they offer “no protection” to the golf course.

He said: “The tide’s right up to within metres of the fairway now.

“This is a situation that’s only going to get worse in the coming years. It’s Mother Nature, what can you do?”