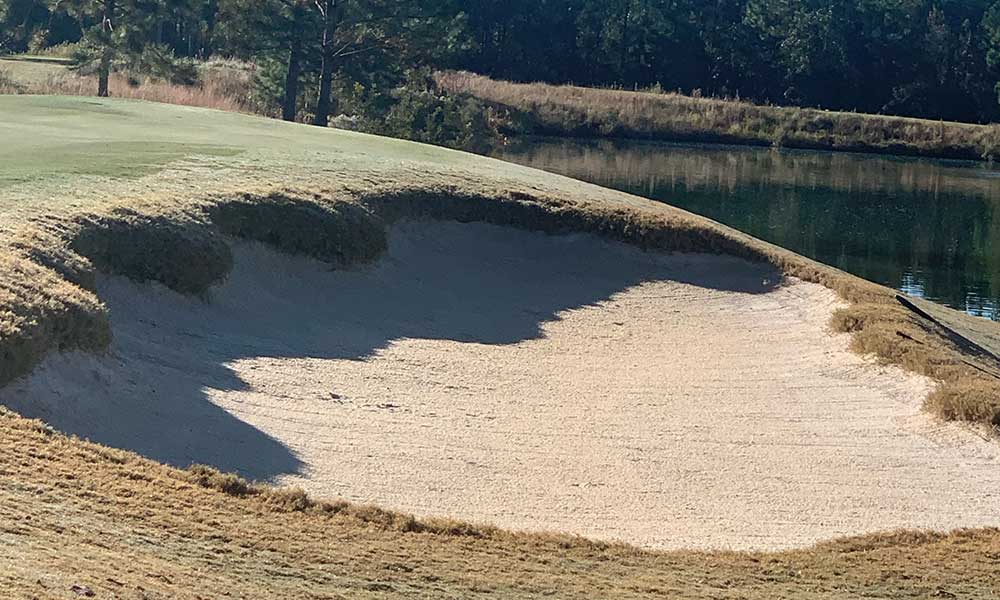 For almost any product, there is an environment that provides its toughest test. If you’re making extreme winter clothing, and you get asked to supply your gear to McMurdo Station, the largest settlement in Antarctica, you’ll know it is going to get the best possible test. Similarly, if you sell bunker liners and you get asked to supply The Preserve GC, in Vancleave in southern Mississippi.

Designed by Jerry Pate and opened in 2005, The Preserve is attached to the Palace Casino Resort in nearby Biloxi. According to director of operations Stephen Miles, the course does 13,000 rounds in an average year, though the post-Covid golf boom means 2021 has been significantly busier. And, let us not beat about the bush: this part of the Gulf coast is the wettest location in the whole of the continental United States, averaging almost 70 inches (1780mm) of rain a year. And 2021 has been wetter still than that: club meteorologist Jeremy Steven reports that the figure for this year is very close to 100 inches (2,540mm).

Fortunately for Miles and his team, back in 2014, The Preserve chose to rebuild its bunkers and line them with Capillary Bunkers technology. “Nine years after opening is not a long time to have to renovate, but the infrastructure in the original build of the course was simply not up to coping with our weather,” he says. “The bunkers were originally lined with fabric, but it was wearing out, and we needed a more resilient solution. I knew that concrete had the tendency to get stronger over time, and Capillary Bunkers was less restrictive in the conditions needed for installation than its closest rival. I was confident at the time that we had made the right choice and installed a product that would stand the test of time. And time has proved we made the right choice!”

“We have not had to repair our bunkers at all, and, incredibly, the original sand is still in them,” Miles says. “Since 2014, I have bought one truckload of sand, and that was for the bunker in our chipping green – which gets blasted out by players. Our bunkers have flashed sand faces, but our minimal washout issues only occur where the water actually flows into the bunkers. When we get a big rain – and eight to ten inches of rain is not uncommon – we have to wait for the drainage infrastructure underneath the bunkers to catch up with the bunkers’ ability to move water. But it always does, and then the crew can prepare the bunkers for play again.”