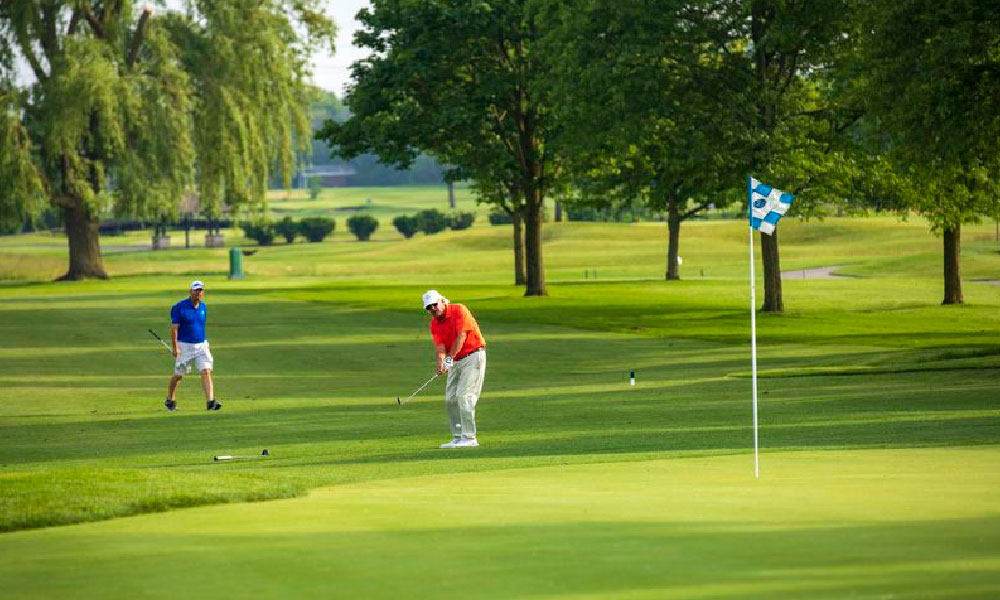 Despite unseasonable snow and a wet spring, summer, and fall, the Park District of Highland Park expects its Sunset Valley Golf Club will turn a profit during its first full season after its $7 million renovations.

Golf counts through October show the park district achieved its goal of 30,000 rounds of golf play this year, despite 100 days of rain since the start of the season on March 23. The course will be open through Dec. 2, weather permitting.

The park district is projecting that operations at Sunset Valley Golf Club will finish the year with $200,000 in net revenue after expenses.

Ryan Ochs, golf superintendent for the park district, said there were two snow events in mid and late April that impacted the golf course shortly after it opened for the season. “That was followed by the wettest May on record in Chicago, so needless to say the spring had its challenges,” Ochs said. According to the park district, it rained on 22 days in May, yielding more than 10 inches of rainfall.

“Climate change has factored into record rainfall events throughout the season,” noted a park district report, which showed that precipitation was recorded on 100 days of the season and totaled about 55 inches through October.

The course was closed periodically through the season when the amount of rain exceeded 2½ inches, according to the report.

Despite the weather, the park district met its goals for turning a profit, reaching 30,000 rounds of golf play and building a new loyalty program that provides golfers financial incentives for return golfers.

The profitable year followed a loss in 2018, when the reopening of the renovated, 1920s-era course was pushed back to mid-August because of cold April weather. A large number of days below freezing delayed the start of a second growing season the park district needed for its new turf.

Commissioner Calvin Bernstein contrasted this year’s profit to the roughly $350,000 in losses the park district absorbed three years ago when it was operating both the Highland Park Country Club course and the park district’s Sunset Valley golf course.

“This report confirms the decision we made to close the Highland Park Country Club course and also to invest the money into the renovation of Sunset Valley,” Bernstein said. “I anticipate that with even marginally better weather, we are going to have a better year next year,” Bernstein predicted. “It is an attraction that is going to continue to grow.”