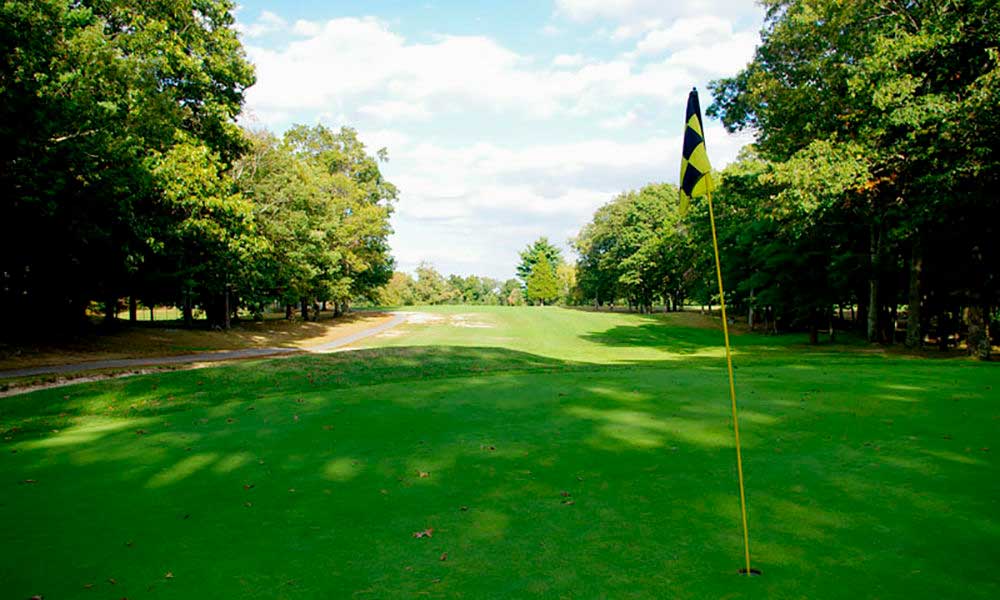 The No. 10 hole on the south course at Heather Hill Country Club is a long par-4 that will be used as the sixth hole for the third round of the Attleboro Area Golf Association City Open on Saturday.
Share
Tweet
Share
Share
Email
Comments

The rangers will be out in force at Heather Hill Country Club on Saturday for the third round of the 59th annual Attleboro Area Golf Association City Open.

“I’ll have four guys out there directing traffic,” Heather Hill proprietor, chief chef and ambassador Elmo Finocchi said of the slight alterations to the middle course for the No. 5 and 6 holes.

“Those two holes are much more challenging,” Finocchi said of the par-5 No. 12 hole which is a straightaway with a water hazard, while the No. 10 hole is a long par-4.

“What the AAGA did was eliminate two shorter holes and put two longer holes into play,” he added. “We’re just playing the “old” Heather Hill.”

The 59th edition of the AAGA City Open begins Thursday at Foxborough CC with a field of 104 players taking on the 6,849-yard, par-72 hole course, which most players consider to be the toughest of the four courses in the tourney.

The scene shifts to Plainville on Friday, to the Finocchi-operated Wentworth Hills CC, of which Barry Bruce is the resident pro and Norton-raised Peter Ohlson is the veteran course superintendent.

After the first two days and 36 holes of competition, the field will be reduced to the low 50 scores and ties for the final two rounds. The tourney will then return to Plainville on Saturday at Heather Hill CC — where 91-year-old wily veteran Mike Cosentino serves as the club pro.

Fontaine is credited with grooming the middle, south and north courses at Heather Hill, especially the greens, to the best conditions that golfers have experienced there in years.

At the moment, there are some 25 golf leagues that use Heather Hill as their base of operations.

“The greens have never been better,” Finocchi said. “The course is in very good shape. Pete (Fontaine) has done a great job.”

According to AAGA co-president Bobby Beach, the “take two away and add the old two” theory proposed by Fontaine is actually by design.

“The way that the old (Heather Hill) course used to be,” Beach said. “Peter Fontaine came up with the idea. Does it lengthen the golf course? Absolutely! Those are two very good holes, it was a great idea. And that course hasn’t been like that (groomed) in years.”

Heather Hill may actually be the course that separates the field heading into Sunday’s championship round at the Norton CC.

But will they be around to test Heather Hill again on Saturday?

“Actually, for the players, it’s not that hard,” Beach said of the field playing the first four holes on the middle course. “The old golf course was designed that way, it’s kind of natural their placement (No. 12 and No. 10). The issue was more with the public play, when they try to play the south course.

“For us, it’s not going to be a problem at all, it won’t be an issue. Those holes are a little bit better holes and it’ll be better for the players. Any course that has good tees and good greens, we can deal with the rest of it.”