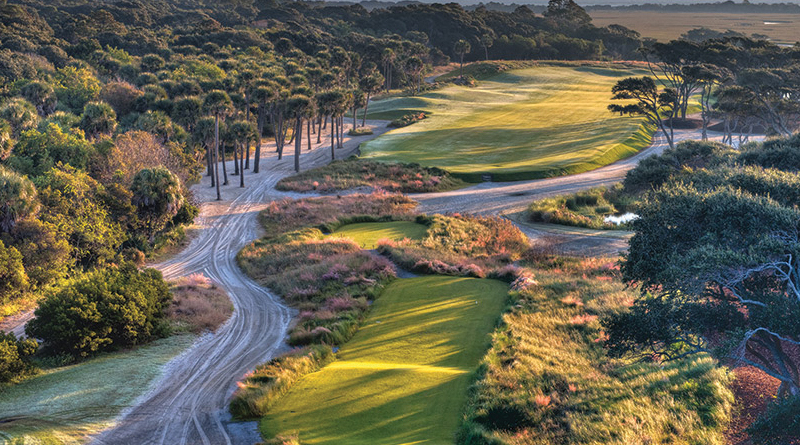 Cautiously optimistic. Those two words might best encapsulate the feelings of a small sampling of course superintendents nationwide and beyond, as they think about 2017, and the season to come.

Their facilities vary in terms of geography, volume of play, member expectation and guest experience. But they all site concerns about the weather, the labor pool, the economy, and producing consistent, high-quality playing surfaces for the golfers under their auspices to enjoy.

Tyson Helsel is one of two head superintendents in charge of maintenance and course conditioning at the massive Landings Club outside of Savannah, on Skidaway Island, Georgia. The trio of northernmost courses on the island are his regular beat; Marshwood, Magnolia and Deer Creek. His counterpart deals with the three other courses on the southern end of the property. Helsel has been on the job for thirteen years, and his entire career has been spent at The Landings, his first position after graduating from Kansas State.

Helsel has nearly fifty employees, with three quarters of a million dollars worth of equipment, and a budget of more than 2.5 million for his trio of courses. (His counterpart has similar numbers in all three respects.)

“2016 was a tough year for us, particularly in the fall,” begins the Missouri native. “Tropical storm Hermine came through, which included an F-1 tornado, then shortly thereafter Hurricane Matthew barreled through.” Not only did fallen trees uproot cart paths, but further damage ensued when heavy equipment accessed the paths to begin the long process of debris removal. Helsel feels the courses have recovered nearly 100% as the year ended, though plenty of roadside debris remains. He anticipates some tangling with FEMA as winter rolls towards spring, trying to wrangle as much funding as possible to assist with the clean-up expenses. 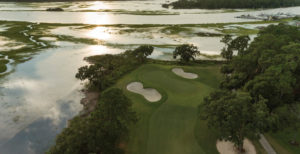 Optimism remains high for 2017, although Helsel is always wary of attracting and retaining good employees. Luckily, a government program called H2B that allows Mexican workers to come to the U.S. and work helps fill any potential void he might with his regular staff. “We have about twenty five or thirty workers arrive legally, which gives us about five or six per course.”

Cart traffic is another ongoing concern. With a thousand-plus golf members, many of whom play several times (or more) per week, compaction and general stress on the turf is a fact of life. “It’s a delicate balance between keeping the turf healthy, and impacting our members with a ‘cart path only’ directive. They know we have to do it, and the same can be said for aerification, but that doesn’t mean they like it.” The 2016 weather was kooky, and a repeat patter seems unlikely. The club was down fifteen inches of what would be considered normal rainfall through much of the summer, then the deluge of the hurricane season dumped nearly that much in a day. “Weather is our biggest challenge other than staffing,” concludes Helsel. “I also keep an eye on membership numbers. Our budget has been flat for nearly a decade, despite the rising costs of equipment and fuel. We keep our equipment in good repair, and haven’t had to make large expenditures. We can deal with the budget as is, but just don’t want it to go down.”

Jeff Stone has been the head superintendent at Kiawah Island’s Ocean Course since 2003, and has been at the resort for more than twenty-five years. His directive is different than most in the profession, in that he is tasked with delivering a premium product at one of the nation’s most venerated courses. “Thankfully Hurricane Matthew did not impact us the way it did in Savannah and Hilton Head,” begins Stone. “We lost most of our pines during Hurricane Hugo in 1989, so the damage this time around wasn’t nearly as severe.”

Stone has between ten and twenty workers at his disposal, depending on the season, with a budget of nearly 1.5 million dollars annually, and 1.7 million dollars of equipment. “Meeting both the customer’s expectations, and the expectations we set for ourselves, is paramount,” states the longtime super. “We have a unique environment, close to the beach, walking-only in the morning and cart path-only in the afternoon, which is the single biggest reason for our turf quality. But we also have lots of wind, shifting sands, little tree cover, lots of exposure. We don’t have shade issues, but keeping the turf hydrated in a constant wind becomes a challenge.” 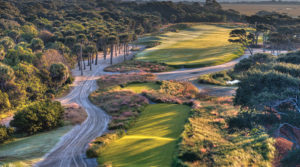 Remarkably, in this torpid golf economy, business is strong at the resort, and the Ocean Course in particular. “We’ve rebounded from the economic downturn in 2008, and are posting stronger numbers every year.” Stone is hopeful that the new administration will be golf-friendly in terms of permitting and environmental issues, not exactly a stretch as there’s never been a U.S. President with such close ties to the golf business. “He’s got his own skin in the game,” offers Stone. “My biggest concern for 2017 is to keep growing, our resort to stay healthy financially, and slowly but surely get ready for the 2021 PGA Championship. We have interim projects like re-leveling tees and redoing the driving range, but the long-range goal is to put on a wonderful Major Championship in a few year’s time. 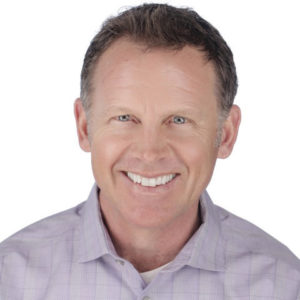 “Mike Valiant deals with a different set of challenges in the mountainous region of Park City, Utah, where he is the head super at the prestigious Glenwild Golf Club. He has twenty-five employees and a budget of about one million dollars.”I’m generally optimistic for the new year, but weather and water supply concern me,” states Valiant, a twenty-five-year industry veteran. “We had a very dry summer in 2016, and our water source was compromised. You’re only as good as your crew, so I also worry about labor. Because it’s a tourist-based economy, Park City is full of decent-paying service jobs. There’s a constant demand for servers, bartenders, drivers, etc. We can pay a competitive wage, but golf course work is hard, and the day starts early, so attracting and keeping the appropriate labor pool is a challenge. Getting the millennial generation to show up to work before dawn is no easy feat!

Valiant, who spent many years in Colorado’s Vail Valley, concedes that member expectations can be a burden. “Not only is the Glenwild membership successful and demanding, but a large percentage of members are in town infrequently, and play maybe ten rounds a year, if that. They come from high-end clubs, and they expect conditioning on par with their ‘home club.’ The clientele is discriminating, but no more so than other clubs I’ve been associated with.” 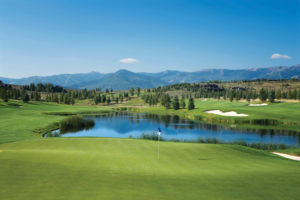 The final word comes from south of the border. Shane Eble is the Director of Agronomy and Maintenance at the 36-hole Vidanta Resort in Nuevo Vallarta, Mexico. The fifteen-year industry veteran hails from Kansas, and his current position marks the first time he’s worked outside of the States. 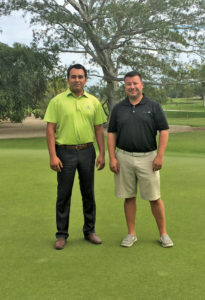 “We have just over fifty workers for our two courses, and when we open our nine hole par-3 course in 2017, we will take on another twenty or twenty-five.” Eble currently has a 1.3 million dollar budget for his two courses. “We focus on improving our product, not just here in Nuevo Vallarta, but at our other facilities, as we have several other courses at sister properties in Playa del Carmen, Cabo, Acapulco, etc. It is our goal to become the premier course operator in Mexico, and we are moving in that direction.”

Golf is becoming more integral to the amenity package at Vidanta in recent years, and the seriousness of the course expansion and re-energized maintenance practices reflects this new reality. Continues Eble, “the avid golfer is a valued guest at our resort, which is driven by membership in the private residence club, as opposed to simply a vacationer. So by improving the product, we attract more golfers, which will ultimately help the resort grow and prosper. Our goal is to entice visitors to make this a regular destination, if not a second home, and great conditioning goes a long way in that regard.”

Labor is a concern, particularly in the high season of November through April. “While our core group is very steady, we occasionally scramble to find workers during the busy season. Summertime is a different story. There are always people looking for work, but business is much slower in the warm weather months.” Eble remains wary of the weather, particularly as the course suffered with two major floods in 2015. “We were growing in our new Greg Norman course when the floods hit last time. Hopefully now that the courses are getting more mature any major weather event will have less of an impact.”