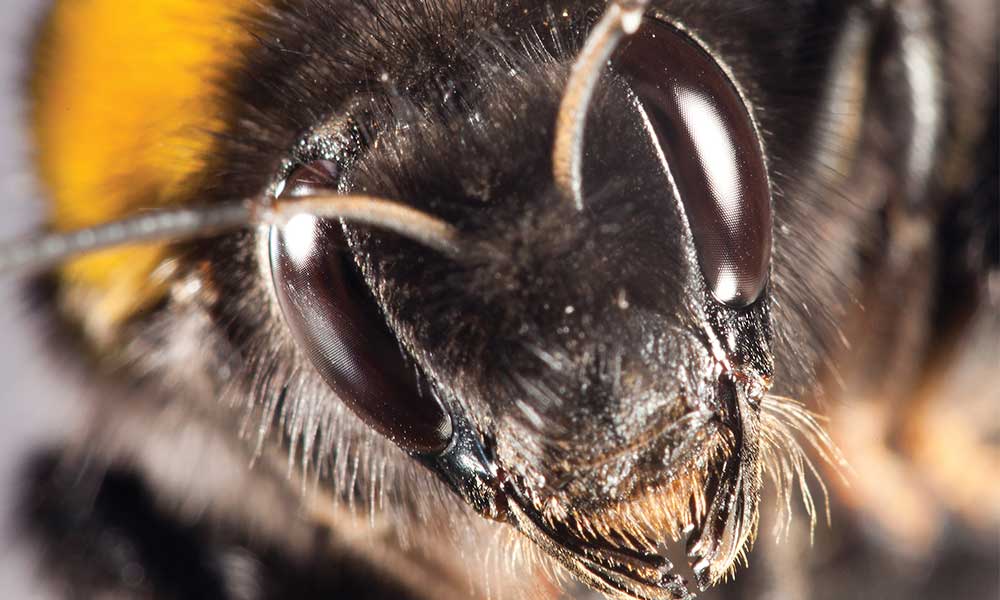 With Environmental Protection Agency and state-level pesticide regulations becoming increasingly more focused on the use of specific pesticides believed to endanger the health and wellbeing of bees and other pollinators, you might be tempted to reduce the number of flowering plants in your golf course landscape. Instead, some golf course superintendents are choosing an unexpected approach, creating bee habitats, and in a few cases, even maintaining hives at the course to attract and sustain bee colonies.

Your path may fall somewhere in the middle of these two directions, but before you form your opinion; you will want to consider your options. You might say it is a question of, “To Bee or Not to Bee.”

Widely used throughout much of the world, neonicotinoids are synthetic insecticides, generally used in agriculture and specifically by golf courses to treat soil-dwelling insects (root feeders) such as white grubs and billbugs (also called snout beetles). Neonicotinoids (which include clothianidin, imidacloprid, acetamiprid, thiazine, nitenpyram, thiacloprid, and thiamethoxam) have been identified as a group of chemicals that appear to be damaging to bees. Exposure to neonicotinoids may not kill bees immediately but seems to result in disoriented and sluggish behavior, leaving the bees unable to maintain their necessary communication skills and workload for contributing to the sustainment of the hive. The EPA does not currently ban the use of neonicotinoids in the U.S., although as a category of products, these chemicals are under review.

Neonicotinoids are systemic; meaning that treatment you apply at the roots winds up in the grass, leaves, and flowers of the plant. As golf course maintenance crews demonstrate thoughtful and responsible use of these chemicals, their actions may help ensure their availability for use in the future.

With questions about the accuracy of research studies (both studies that blame chemical usage and studies that point the blame elsewhere), the issue of neonicotinoids and bees is clearly not a problem with easy answers. Scientists, chemical companies, beekeepers, agriculturalists, lawmakers, and regulatory agencies continue to hash and rehash the topic. In the meantime–you have a golf course to manage.
Living compatibly with bees on your golf course means careful use of chemicals, diligent documentation of their use, and often, strategies such as tenting areas of the course you have recently treated for flowering weeds (How Does One Golf Course Superintendent Use Bees). Bee management techniques can also have an upside for your course but before we look at those, consider the following chemical-use tips you may find helpful:

IT REALLY IS ABOUT THE BIRDS AND THE BEES

For generations, the expression, “the birds and the bees,” has been a euphemism for the creation of life. When it comes to bees, the sentiment is not overstated. Bees are critical to the continuance of the food supply, as we know it, yet their numbers have been declining for decades, specifically impacted by a mass die-off, that has prevailed since 2007.

An October 2014 report by the United States Department of Agriculture, Agricultural Research Service cites, “Bee pollination is responsible for more than $15 billion in increased crop value each year. About one mouthful in three in our diet directly or indirectly benefits from honeybee pollination.”

In the past seven years, the environment has experienced the loss of more than 10 million honeybee hives, at a value in excess of $2 billion to the U.S. economy alone. (http://www.usda.gov/documents/ReportHoneyBeeHealth.pdf ) The primary cause of the decline is the not wholly understood condition known as Colony Collapse Disorder (CCD).

Although the exact origin of CCD is not yet defined, scientists believe that diminishing habitat, environmental chemicals, pesticides, and genetically modified crops (commonly referred to as GMOs, genetically modified organisms) are the major (and collective) components of the problem.

Many experts agree that CCD is less about a single culprit and more about the combination of stressors that reduce the number of robust and healthy bees. With fewer healthy bees, natural challenges to bee populations, including parasites, pathogens, and atypically cold weather, are now claiming a wicked toll. Where once normal winter conditions resulted in a 5-10 percent decline in a bee colony, today’s seasonal losses can be double that rate, and higher, for each colony. With an insufficient number of healthy bees to maintain the brood, the problem escalates.

If bees continue to decline at their current pace, food prices will rise and the availability of certain foods may diminish. Almonds, citrus, tomatoes, blueberries, and approximately 100 key crops could soar in price as farmers pay higher and higher prices to “rent” the dwindling number of bee colonies in efforts to maintain crop pollination.

YOUR GOLF COURSE: AN URBAN SANCTUARY FOR BEES

Recognizing that populations of bumblebees specifically have declined by as much as 70 percent over the past four decades, the agricultural company, Syngenta Crop Protection UK Ltd. (owned by the Swiss agribusiness Syngenta, a global manufacturer of crop chemicals), in collaboration with the Center for Ecology and Hydrology, launched “Operation Pollinator.” One of the initiatives of the research-based program is to provide guidance and encouragement to golf courses in the development of their out-of-play areas as bee-friendly habitats.

Suggested course areas for planting bee-attractors include tee surrounds, deep roughs, immediate carry areas off the tee boxes, and the terrain around lakes and water features. The team behind Operation Pollinator points out that planting native wildflowers not only attracts bees, but adds to the visual appeal of the course, and, once established, has very low requirements for maintenance.

Successfully underway for more than twelve years, Operation Pollinator has spread to the U.S., with scientists at Syngenta working collaboratively with researchers at Michigan State University, the University of Florida, and the University of California, Davis. Projects have included nationwide efforts to plant one-acre plots of native wildflowers adjacent to agricultural fields in the areas typically considered “marginal ground.” Marginal ground is land that is unsuitable (for any of a number of reasons including slope and accessibility) for cultivating crops, yet it may be ideal as a habitat for pollinators.

Scott Bender, CGCS, director of engineering and grounds at Marriott’s Griffin Gate Resort & Spa in Lexington, Kentucky, has described Operation Pollinator as helping to “…tell our story,” showing golfers and the community that the golf course (and the Marriott company) is, “…committed to doing what’s right for the environment.” Other superintendents who have embraced the addition of bee attracting wildflowers and plants at their courses say that although there may be initial concern about the danger of bee stings, once club members realize that the bees are not a threat, they often enthusiastically support the effort, recognizing the beneficial environmental impact.

As of June 2014, more than fifty golf courses in twenty U.S. states are participating specifically in the Syngenta program, adding low-maintenance, regionally suitable wildflowers to their courses, increasing biodiversity, attracting honeybees, bumblebees and other pollinators, and creating beautiful spaces, rich in color and texture.

As some in the industry have observed, golf courses can continue to use neonicotinoids in treating their fairways, using their on-property bees as evidence that they are utilizing the chemicals and monitoring their application in ways that are environmentally safe. If the bees on your golf course are thriving in habitats you have created for them, then like the canary in the coalmine, you have the best of all living proof that you and your maintenance team are conscientious stewards of the environment.