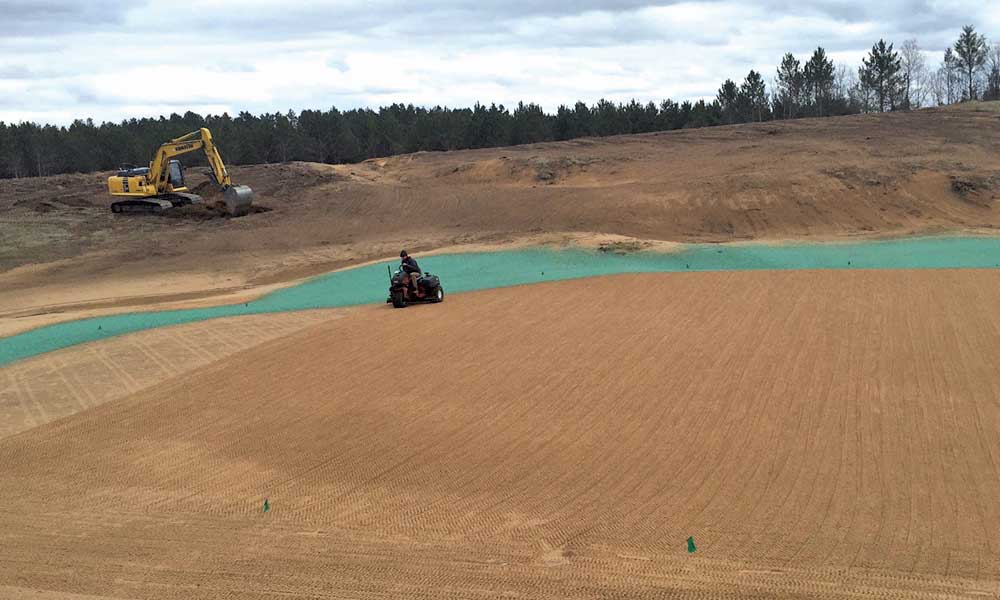 You can’t write about Sand Valley Golf Resort without first talking about Mike Keiser. He is the developer and visionary behind Sand Valley as well as other amazing courses, including Bandon Dunes on the Oregon Coast, Cabot Links on the Gulf of St. Lawrence in Nova Scotia and unforgettable Barnbougle Golf Links on the Australian island of Tasmania. Although Keiser didn’t start out in life in golf course development, once he got there, the golfing world’s perception of a great course hasn’t been quite the same.

Mike Keiser has built Sand Valley Golf Resort in the very center of the state of Wisconsin, more than an hour and a half drive from Oshkosh and nearly two hours away from Madison or Eau Claire. Fans of his work, of which there are many, have said that while some golf course developers seek destinations at which to build courses, Keiser builds courses that become destinations.

If you are not from Wisconsin, and even if you are, you may be unaware that the middle of the state includes roughly a million acres of land geologically classified as the “Central Sands.” Here, the movement of prehistoric glaciers, specifically the Laurentide Ice Sheet, created a rugged terrain composed primarily of sand, gravel, and localized deposits of fine-grained sediment. Essentially, the area is a beach without an ocean.

Thus far, “off the beaten path” has yet to create problems at any of Keiser’s properties. Time has proven that the courses bring an influx of jobs, revitalization, and economic growth to their surrounding communities. Concurrently, Keiser’s courses, built to honor both the native terrain and the traditions of Scottish links golf, redefine the golfing experience and leave the golfer smitten by the raw beauty of the environment and humbled to play a course defined more by nature than by man.

Although minimal earth was moved, and natural terrain and vegetation were deeply respected, the courses didn’t evolve without extremely hard work on the part of everyone involved. Four years of back-to-back course construction and adjustments is a lot to ask of any golf course superintendent. When those courses cover 1480 sprawling acres, and the plan calls for growing out 166 combined acres of fescue fairways and 12 combined acres of bentgrass greens, and even more specific skillset is required.

THE RIGHT MAN FOR THE JOB

Rob Duhm is a Wisconsin native and a graduate of Michigan State’s Turf Grass Program. Unassuming by nature, Rob would rather tell you about Sand Valley’s dedicated crew that peaks at eighty workers in a season than talk about himself. His gratitude for the opportunity to play a part in bringing the Sand Valley courses to life and then nurturing a top-quality playing experience there is clearly genuine.

When Rob walks the courses with Mike Keiser and his sons, Michael and Chris, architect David McLay Kidd or design partners Ben Crenshaw and Bill Coore, he focuses on soaking in their wisdom, philosophies, and objectives. “I am continually learning about their vision,” said Rob. “The Kesiers want environmental sustainability at their golf courses. At Sand Valley, we’re not doing things like everyone else does them, nor do we just talk about sustainability. Here, we live it.”

Previously, Rob had spent fourteen years as an assistant superintendent at The Kingsley Club, a private course just outside of Traverse City, Michigan. He credits his knowledge and understanding of fescue to Kingsley Club superintendent Dan Lucas, whom Rob describes as “a pioneer in the use of fescue on fairways.”

Typically, most courses that use fescue limit it to the second cut of rough or beyond. Yet when mowed low, fescue can provide a durable, hard, fast surface for fairways, such as the fescue cultivars used on the fairways at Whistling Straits, located in Wisconsin, or at Chambers Bay in University Place, Washington.

Not everyone who books a tee time on these rugged courses is prepared for how much Mother Nature is allowed to be her authentic self at Sand Valley. Rob explained, “That’s where education comes in.”

Helping golfers get the most out of their time at Sand Valley often starts with a little enlightenment. The pro shop staff and others who work at the resort explain to visitors that like many of the legendary courses of Europe, Sand Valley courses are designed with the land rather than in spite of it. They share insights on the courses’ low water use and reduced need for chemicals. As staffers explain the intent and ideals that inspired Sand Valley, golfers and guests began to nod their heads in appreciation of the principles behind the property.

As a walking-only course, Sand Valley offers the services of well-trained caddies who share with each golfer, additional insights about the course concept and design. Players begin to recognize the importance of the ground game, hitting low in the ever-present wind and using the terrain to help guide the ball toward the target rather than relying on the ability to hit hard and high. They also appreciate the wide fairways, the forgiving rough, and most of all, the majestic quietude of the Sand Valley golf experience.

As Rob and his crew exhale, with May’s official opening of Mammoth Dunes and The Sandbox now behind them, they know that Bandon Dunes started out as a single course, but soon grew to four 18-hole courses, a 13-hole par-3 course, a 100,000 square-foot putting course and a 50-acre practice center.

They also know that Sand Valley Golf Club, off to a successful start, has plenty of room for one, two, or even three new courses. Their future could include much more construction and growth out followed by even more turf to maintain. They recognize that the possibilities are mammoth … and they wouldn’t have it any other way.

A quick nine with Rob Duhm
Aquatic Control
To Top