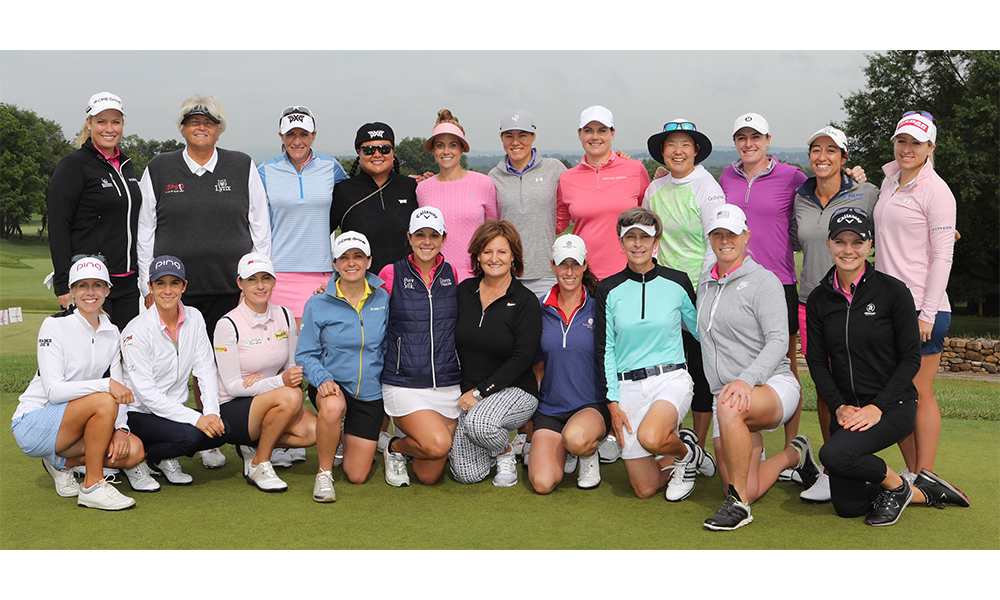 “The dynamics of our event are so unique in that we bring strong, talented athletes together with strong, determined survivors and fighters united in the fight against breast cancer,” said Skinner. “It makes for a powerful statement and an unbelievable catalyst to raise much needed funds for education and research.”

At the event, Skinner announced a $475,000 donation to The LIFE Center at Rutgers Cancer Institute of New Jersey (RCINJ) for all of their LIFE programs. A portion of this donation will be used to support a partnership between the Young Survival Coalition (YSC) and The LIFE Center Precision Medicine Research.

A $25,000 grant has also been awarded to YSC on behalf of the LIFE Heroes. Merschdorf is the CEO of YSC, the premier organization dedicated to the critical issues unique to young women who are diagnosed with breast cancer. Stromberg Miller, a writer/editor for the College of Health and Human Development at Penn State, worked closely with YSC’s Face 2 Face program.

Skinner provided an update on Decoding Cancer, an interactive biology and genetics education initiative developed in collaboration with The Life Center at RCINJ and the Rutgers School of Public Health and Discovery Education. The curriculum is hosted on Discovery Education’s platform and has now reached more than 2.3 million high school students since its launch in 2016.

“We now have real-life examples of how our curriculum is being used in classrooms across America and making a true impact on boys and girls in terms of educating them about breast cancer and empowering them to be proactive,” added Skinner.

Over the past 18 years, the Val Skinner Foundation LIFE Event has been one of the largest single-day breast cancer fundraisers in the country. The foundation has served as a driving force in the development and implementation of significant awareness and education initiatives.

Skinner played on the LPGA Tour for 21 years, won six times and spent seven years ranked in the top 15 in the world. She is a member of three golf Halls of Fame and has received numerous awards for her philanthropy and advocacy for breast cancer research. In addition to overseeing her Foundation’s work, Skinner competes on the Legends Tour and worked for more than 12 years with the Golf Channel.

More information on the Val Skinner Foundation, LIFE Event and programs funded by the event can be found at www.valskinnerfoundation.org.