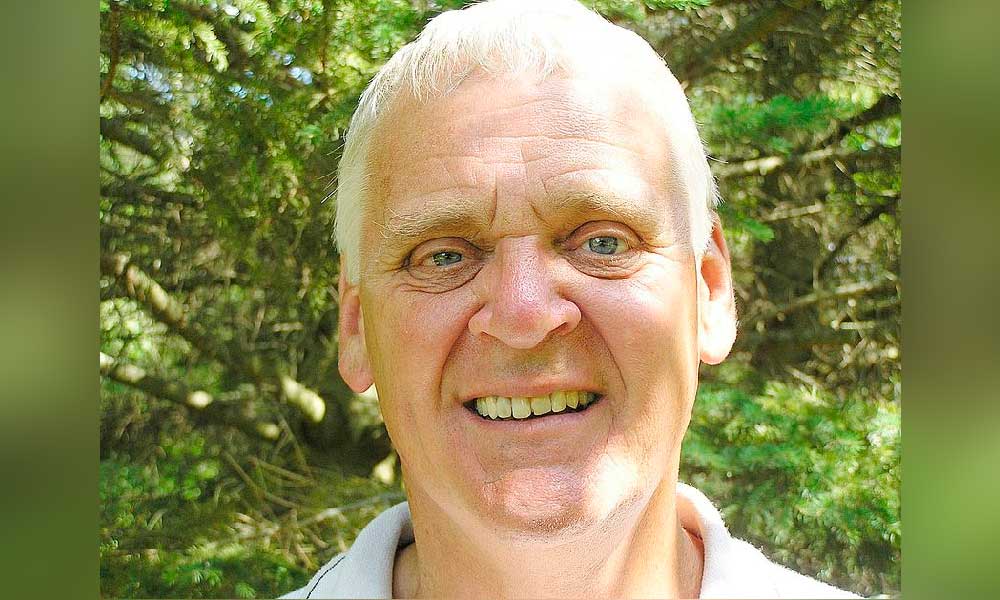 Schurman received his award on Jan. 23 in Orlando, Florida, while being surrounded by friends and family.

“It was breathtaking,” Schurman, said. “The whole thing has been absolutely overwhelming.”

The 73-year-old described the moment he received a phone call, finding out that the nominating committee reviewed his nomination and approved it, as, “it knocked me completely over.”

Schurman was nominated to be inducted into the hall of fame by long-time friend, Sam Young, a golf professional and owner of Shelburne Golf and Country Club. The two have known one another for at least 50 years.

Young took care of it after Schurman wrote down his career accomplishments and gave Young the list over lunch.

But that list is unlike most. In the golf world they’re several ways one can prosper. You can be a good player, and that’ll speak volumes, but if that route doesn’t lead to fortune, how do you make a living off the sport?

One of the ways is to be a club professional. There are 3,500 members in the Canadian PGA, and Schurman guesses that 95 per cent of them would be club professionals, or assistants, or working towards that as a career.

The others are players.

“Transferring from the good player category to the club pro, it has a little bit of merit,” Schurman said. “The other way to do it is to come from one of the higher reputable clubs and, or, work for a highly reputable golf professional. Those are the inroads. I didn’t have any of that.”

Schurman didn’t come from a big club, he didn’t work for a great pro who had a reputable name of any kind, he played on the Canadian Tour, but he didn’t win any events.

Heck, he didn’t start golfing until he was 15. That’s a late arrival to the sport. And he was first drawn to a golf course due to work and money.

When Schurman was seven years old, he had two paper routes – the Toronto Star and the Toronto Telegram.

“We lived in the country and I had about 45 or 50 papers between the two,” Schurman said.

One day, his older brother of two years came home and told Schurman he had caddied that day, making a $1.25.

“I thought, ‘wow, that sounds pretty good to me,’ so down I went to see how true it was, and sure enough he was right. I sat there the whole year, got out once, nine holes, but for the nine holes I got paid 70 cents, which was half as much as I was making delivering paper for six days.”

“I didn’t do it for golf,” Schurman said. “I did it just because it was good money, it was fun and I loved being at the course.”

When he was 15, Schurman started working in the back shop cleaning clubs, making a guaranteed $30 a week.

“Once I got into the back shop we were allowed to play golf,” Schurman said.

And that’s when his playing career began.

Hence, this is why Schurman’s list of accomplishments that he wrote down and handed to Young over lunch was much different than most lists of accomplishments for a golfer trying to get into the Professional Golfers Association of Canada Hall of Fame.

“What I came up with was, I was always a pretty good teacher,” Schurman said. “I could always get my points across quite well.”

And because of that ability to teach, over the years, Schurman was able to attract, he estimates, more than 5,000 new golfers into the game through various teaching programs, including more than 3,000 juniors.

He also founded the Ontario Blind Golfers and taught it for 20 years, and organized the first Blind Golfers ProAm in Canada; he created a golf-oriented motivational speaking tour, speaking to more than 80 men’s service clubs; he mentored 26 assistant professionals to become head professionals of the PGA of Canada; he served on the founding committee of the first Professional Golf Management college education program; he authored more than 500 published golf industry articles; created the Reunion Match Play League for PGA of Ontario Members +60 years old; created the Reunion Fall Field day; he’s the creator and editor of the PGA of Ontario Reunion Review e-newsletter and is currently building the PGA of Ontario Hall of Fame.

Schurman would run junior clinics, where there were eight, nine students initially enrolled. By Year 2 or Year 3, Schurman’s clinics would see increases of 300 students.

Oh, and there’s that one time, between 1992 and 1998 when Schurman turned an amusement park into the Oshawa Creek Family Park.

“It was golf-oriented but it had bumper boats and a dance hall, and go-carts and a golf driving range and a monster mini putt, like you’d see in Florida, with gardens and waterfalls,” Schurman said. “So I took this thing over and put an ad in the newspaper – ‘free golf lessons for kids.’

Two of those kids went on to win provincial championships, despite having never played golf prior to meeting Schurman.

“Bringing people into the game ended up being what my strength was,” Schurman said.

Nowadays, Schurman either plays golf or practices every day during the summer. He has an indoor putting green for the winter, his own full-sized driving range on his property, where he practices, and he’s building a short length par 27 course as well.

His two home courses where he plays out of are Braestone in Orillia and Pike Lake in Mount Forest.