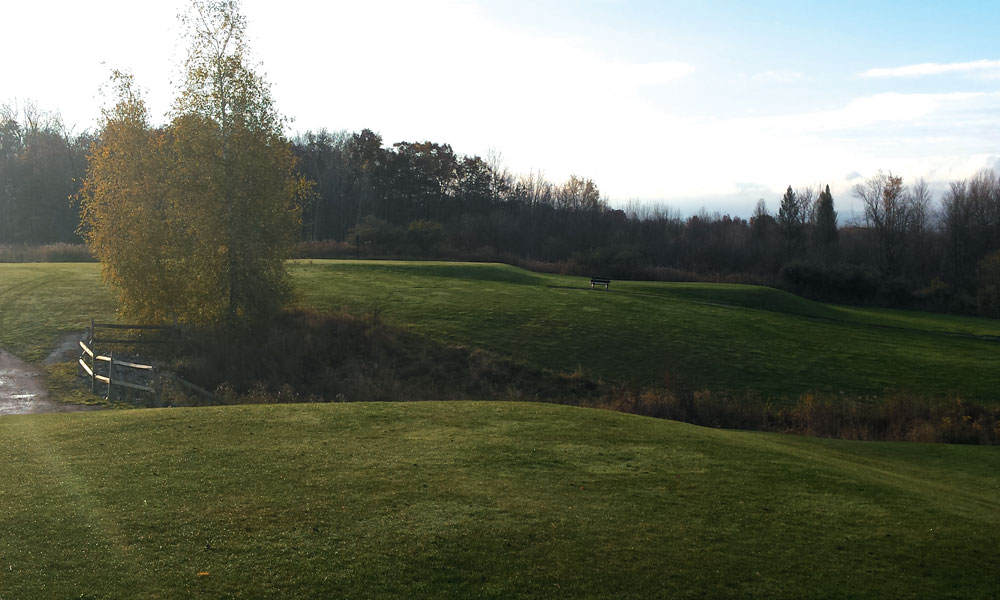 Thomas Wolfe was wrong: you can go home again. That’s exactly what one city did when their dying golf course was miraculously rescued from the scrap heap of golf history.

Throughout the 1970s and ‘80s, Crestwood Golf Club in Marcy, New York was a flagship facility for golfers between Rochester and Albany. It wasn’t just a thriving, bustling semi-private club of ardent golfers. It was a stern test: a 7,000 yard behemoth, especially in the days before titanium-alloy drivers, U-grooves, and solid-core golf balls. Crestwood was the place to play back then, especially for good golfers.

But in the early 1990s golf’s version of a vampire landlord sank his greedy, slavering fangs into Crestwood and ruthlessly ran it into the ground. Alfred Park was his name, and he was a Korean-born Canadian citizen who thought he could maintain a golf course with a one man crew – his twenty-something son.

You can guess how that ended.

“We got a taste of what living under communism must be like,” one member fumed. “He didn’t put any money into the club. He just took your greens fee and let the golf course fester and decay. We complained all the time. He just didn’t care and kept the money for himself.”

And my personal favorite…

As the years progressed and Park’s noose tightened, the course became as overgrown as a lost city. Its fairways and greens were shriveled and choked with weeds. Its bunkers had vanished. Its tee boxes were swallowed by brush. Over two decades Park’s regime, all but 7 of the over 200 members left the club. Crestwood seemed destined for the dreaded “NLE” distinction: “No Longer Exists.”

Steve Naczewicz was the PGA Head Professional at nearby Teugega, a Donald Ross masterpiece, but he was also a former back-to-back club champion at Crestwood, 1990 and 1991. He remembered the heady, halcyon days of Crestwood’s heyday – he was a part of it, their best junior phenom in decades, who blossomed into a professional golfer. Steve’s wife, Barb Presky, was also in the golf business, on the corporate side. They were both raised in golf loving families. So when Park finally decided to sell Crestwood, Steve and Barb were ready.

“I had many wonderful years at Teugega, but Crestwood was always my home course,” explained Naczewicz. “It’s where I learned the game, and the sale of the club gave Barb and me and our families the chance to bring it back to its glory days.”

That needed tremendous work. The Parks had trashed the clubhouse and flayed the golf course to within an inch of its life. 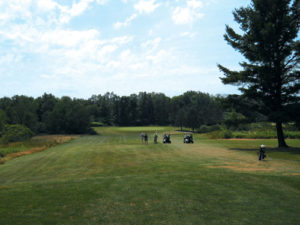 The terrible condition of the 12th hole, one of the best par-3s anywhere

“Water runoff was one of the biggest problems,” Naczewicz explained. “The turf was unhealthy because he never kept the streams and ditches that shed the water clear of grass, leaves, and dirt. We had to re-excavate everywhere to get the proper runoff.”

Once the drainage issues were resolved, slowly, hole by hole, the lost city was reclaimed. Happily, between 1985 and 1991 no one had played more golf there than Naczewicz and Presky; they knew how to put everything back the way it was before Park’s regime.

They also expended the greens back to the edge of their pads, as lazy mowing had reduced them to a faction of their original size and shape. They cleared the brush and undergrowth that had enveloped so many bunkers and tee boxes. They even had to empty out mountains of junk from nearly every room in the clubhouse, even the bathrooms.

Slowly, word spread throughout the community, and the local golfers responded not only by coming back to swells the ranks of the membership (which now totals 300 strong) but by providing sweat equity, equipment, anything the club needed. One old member, Scott Garbooshian, started out by donating a wood chipper, and after working three days clearing the course, signed on as an assistant superintendent. He’s still here today. That’s how much love Crestwood inspired in this town.

“The membership grew instantly because of the confidence they had in the course’s reputation. They gave us enormous support, lending a hand however and whenever they could. It was heartwarming,” said Naczewicz. “Also, the PGA of America brand was integral to our success. It bodes confidence in the world of golf.”

That it does, and for the first time since the course opened in 1955, the PGA of America flag flies proudly over he first tee, a stirring sight uniting the members in their pride and gratitude. 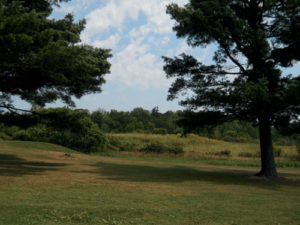 Twelve tee box, also overgrown with weeds and unusable from when park was there.

It’s a homespun feel-good story, a lesson about the miracles love of golf can achieve. Between Naczewicz’s dedication, Presky’s business acumen and sunny disposition (her husband’s words) two families that live by the mantra “whatever you need,” and a groupthink membership that puts the club above themselves, Crestwood is thriving. They’ve added a heated, winterized, night-time capability driving range, for the first time in their history. They’ve tapped into one of the great trends in golf right now by shaving all the rough, widening the fairways and letting the course play like the links it was originally designed as. And its use of reverse camber as a defense, much like fabled Olympic Club, host of five U.S. Opens, where holes frequently turn one way, but the land slopes in the opposite direction, puts a premium on both accuracy and distance control off the tee. It’s an eminently natural defense that accentuates the features the architect found on the property.

It just goes to show: Never underestimate golfers, because their love of the game is a fulcrum with which they can move the world.

Innovation: Jacobsen’s History and Its Future
Mean, Green and Clean
To Top