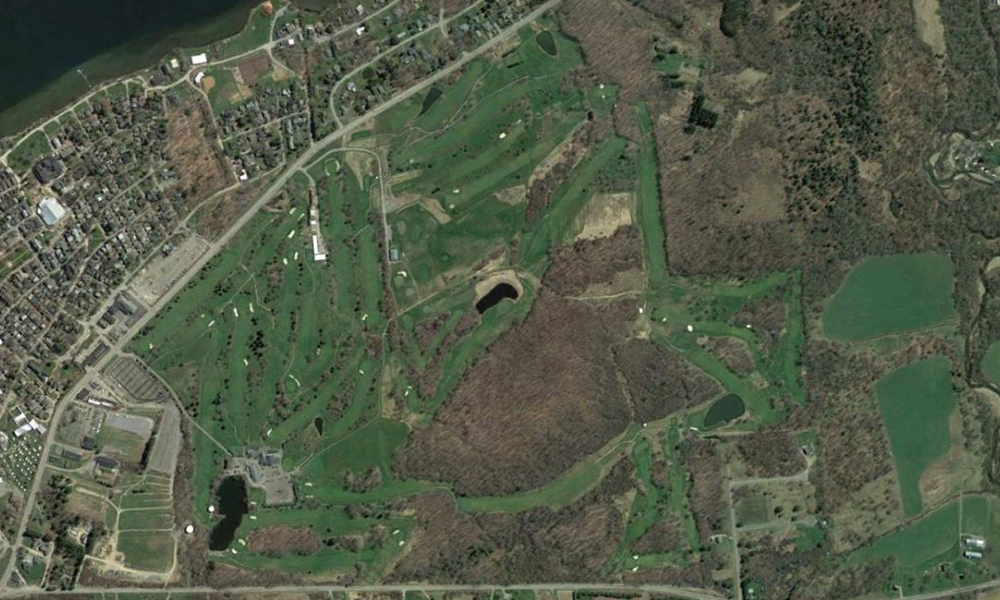 ASGCA Founding Member Donald Ross designed the Lake Course at Chautauqua Golf Club in 1924. Ninety-four years later, how would he improve the course? That is the challenge welcomed by Saline, Michigan golf course architect Chris Wilczynski, ASGCA (C.W. Golf Architecture), who has been retained to create improvement plans for the Lake and Hill courses at the 36-hole facility in southwestern New York state.

The Hill course, which was originally designed by Xen Hassenplug, opened in 1994 to complement the popular Lake Course.

“The goal with the Lake course is to follow Donald Ross’ design philosophy and principles,” Wilczynski said. “I want to look at this through his lens. Would he restore the course to its original foundation or would he update the course based upon today’s golfer and their needs and desires?”

Both golf courses at Chautaqua have several needs regarding infrastructure, playability and beauty. The plans will be developed over the next six months in collaboration with a master plan committee. “We will meet regularly to shape and form the plans. The Master Plan work that we do is not completed in a vacuum,” Wilczynski said. “We do this in collaboration with our clients, to create a road map for the improvement. We want to be their consulting architect for the foreseeable future and help them implement the plan and succeed”.

The Golf Club is part of The Chautauqua Institution, a not-for-profit, 750-acre educational center nestled beside the beautiful Chautauqua Lake. During a nine-week season each year, more than 100,000 people attend scheduled public events and over 8,000 students enroll annually in the Chautauqua Summer Schools, which offer courses in art, music, dance, theater, writing skills and a wide variety of other special interests.

The Institution was founded in 1874 as the Chautauqua Lake Sunday School Assembly, as an educational experiment in vacation learning. The Chautauqua Literary and Scientific Circle was created in 1878 to provide the skills and essential knowledge of a college education to those who had neither the time or the money to attend college.

The first round of golf was played at Chautauqua Golf Club on July 18, 1914 and since then 14 World Golf Hall of Famers, including Sam Snead, Ben Hogan, Walter Hagen and gene Sarazen have played the course. Countless statesmen, performers and celebrities, including former President Bill Clinton also have played at the club, while attending The Chautauqua Institution.

Wilczynski has developed and helped implement master plans at several notable courses around the country, including Wanakah Country Club in Buffalo, New York and three in his home state of Michigan. Wilczynski has worked at Warwick Hills Golf and Country Club in Grand Blanc, Michigan, which was home to the PGA Tour’s Buick Open and is scheduled to host the PGA Tour Champions Ally Challenge, which will debut in September of this year. He also has developed a master plan at Blythefield Country Club in Grand Rapids, which annually hosts the Meijer LPGA Classic and at Egypt Valley Country Club in Ada, Michigan where the Farmers Classic of the former Champions Tour was played.