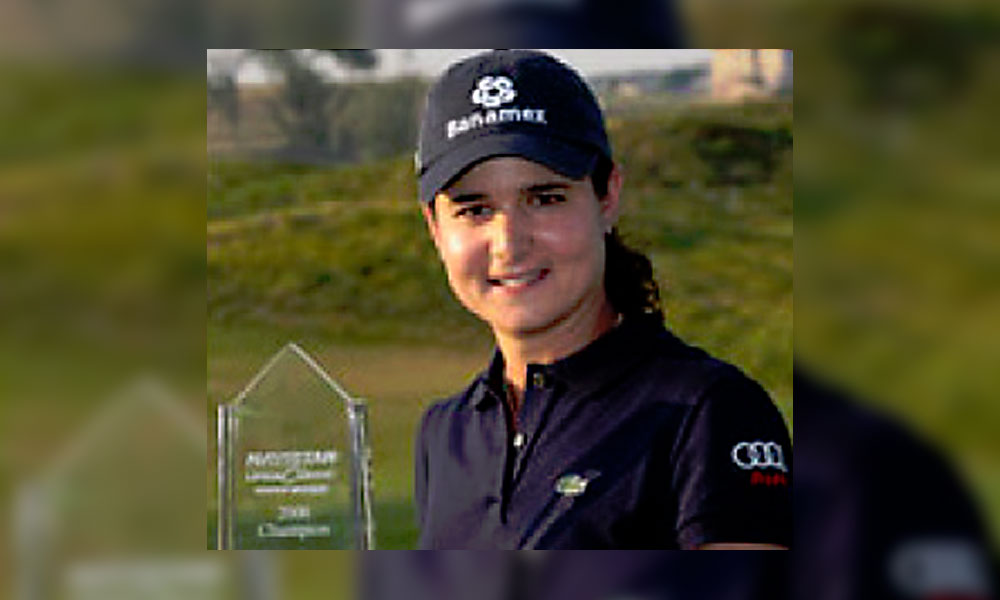 Former Rolex Rankings No. 1 Lorena Ochoa will be at Goose Creek GC to host the Lorena’s Links Invitational golf tournament supporting the health, education and inclusion programs of her Lorena Ochoa Golf Foundation.

Ochoa’s ascent to the LPGA started as a child in Mexico at Guadalajara Country Club.  After a successful junior career that including victories in Mexico, U.S., Japan and Colombia, Ochoa burst onto the collegiate scene, winning back-to-back NCAA Player of the Year awards in 2001-02 at the University of Arizona.  She recorded 12 collegiate victories, including 10 as a sophomore, for which she earned the Nancy Lopez Award given to the best female amateur golfer. In May 2002, she turned professional, finishing eighth at the Kraft Nabisco Championship, winning three titles on what’s known today as the Symetra Tour, where she topped the money list to earn exempt status for the 2003 LPGA Tour.

Ochoa was named the 2003 Louise Suggs Rolex Rookie of the Year following a rookie campaign that included eight top ten’s and more than $800,000 in earnings.  Throughout her eight-year career, Ochoa missed just four cuts in 172 tournaments, with 108 top 10 finishes, 63 top three finishes and 27 victories, including 2 majors, the 2007 Ricoh British Open and 2008 Kraft Nabisco Championship.  Ochoa won four consecutive Rolex Player of the Year awards and Vare Trophies for lowest scoring average from 2006 to 2009.  On April 23, 2007, she overtook Annika Sorenstam for the top spot in the Rolex Women’s World Golf Rankings and held that position for 157 consecutive weeks.

In 2017 the Lorena Ochoa Golf Foundation, whose programs are called Lorena’s Links, will reach 700 children, with programs also offered for women, seniors and veterans.  The programs will be offered to groups of 12-15 participants at a time at 15 locations throughout Southern California.  Participants will receive 5 hours of introductory golf classes, 2 hours of classroom style education followed by continued supervised and supported online education.  The mission of the foundation is to provide opportunity through improved health, education and inclusion through Lorena’s Links golf and education programs.  Education topics include health and wellness in addition to featuring coding and computer science in youth programs.

Lorena will be available for press and one-on-one interviews during the Lorena’s Links Invitational hosted by Goose Creek GC, home of the Lorena Ochoa Golf Academy.

To arrange an interview, attend the event or for more information contact: