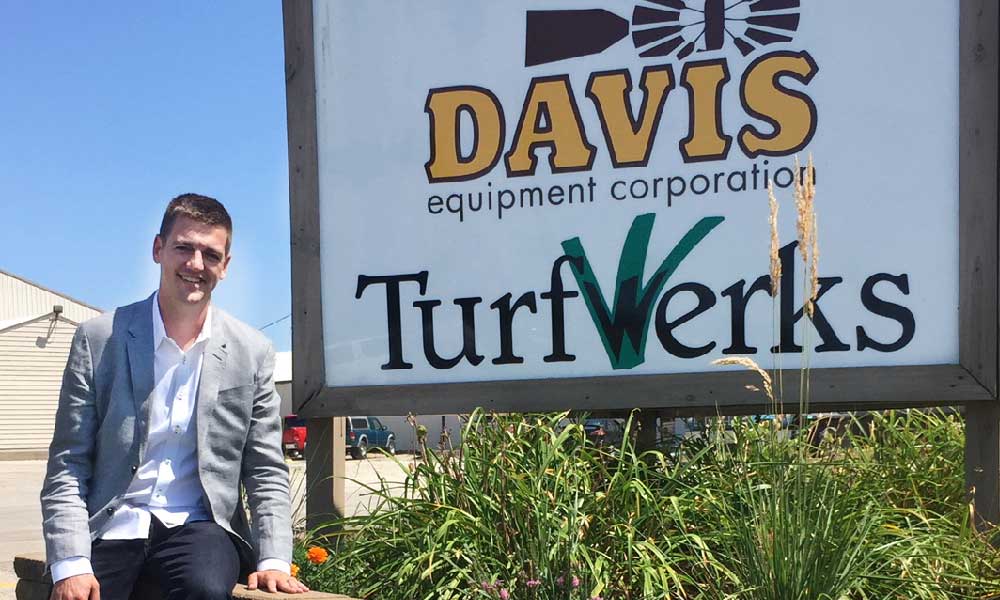 Davis Equipment Companies announced that its board of directors has appointed Zach J. Davis as chief executive officer of the company.

Davis is the third generation of the Davis family to hold the position at the family-owned company. Davis has previously served in a variety of roles at Davis Equipment Companies, including General Manager of the company’s Minnesota location, and has grown up around the distribution business. Davis started at the company full-time in 2010.

“I’m proud that the next generation of leaders will take over as we finish our 55th year in business,” said former CEO, and Zach’s father, Paul Z. Davis. “I have tremendous confidence in Zach and his ability to lead our companies and continue the legacy of our family business.”

Paul Z. Davis will remain as chairman and primary shareholder, after 35 years as the CEO. These leadership appointments are effective August 1 and follow the decision that Todd Gray will transition from President of Turfwerks to a consultant for the company. Davis Equipment Companies offers its gratitude to Gray for his years of leadership and his contribution to the company.

I’m excited to take on this new challenge, and thankful for the opportunity to be trusted in implementing my vision for the future of the company. The key for any successful leader is surrounding yourself with good people and I am fortunate to take over a company where our strongest asset is the people who work here.

Davis Equipment Companies has been representing leading product lines in multiple industries in the Midwest for over half a century. The Company was founded by Roger Davis in 1964 as a fertilizer, spraying, and grain handling equipment dealer in Iowa. Three generations later, Davis Equipment is a trusted distributor in both the agriculture and turf industries. Operating under two names, and covering a nine-state trade area, each company offers a full line of new and used equipment, as well as parts, services, and accessories.

To learn more about the Davis Companies, please check out our website at www.DavisEquip.com.