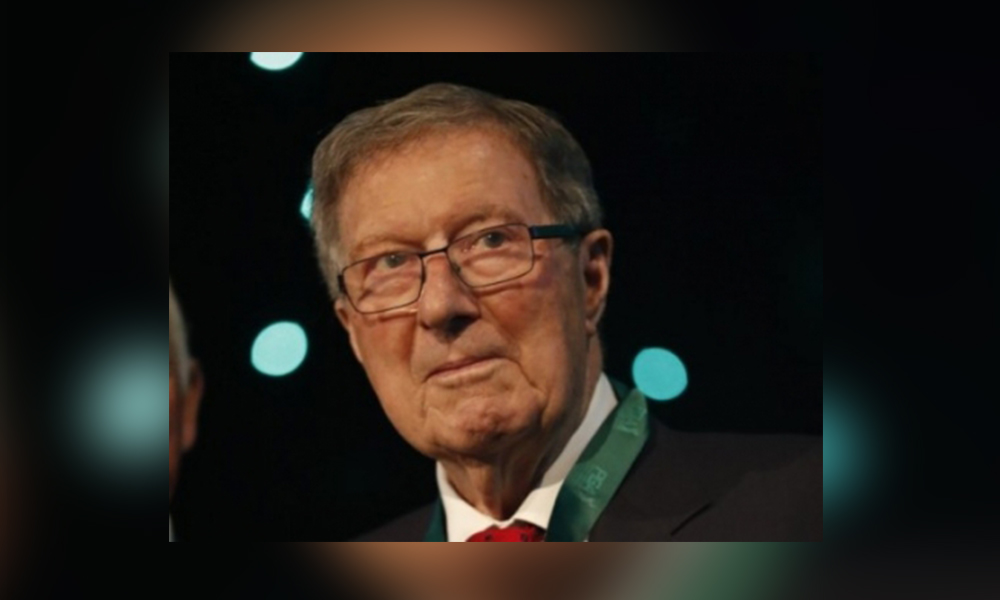 The PGA of Australia has led tributes to Peter Thomson AO, CBE, who has died at the age of 88.

One of the most recognisable and renowned PGA Professionals, Peter Thomson will be remembered as one of Australia’s greatest ever golfers. Over a playing career that celebrated 89 professional tournament wins, Thomson’s mental strength and ability to perform under pressure were considered a key part of his success.

The young Thomson took up golf at age 12, and by age 15 was club champion at his local golf club. His prodigious talent resulted in five wins at The Open Championship, with his victories in 1954, 1955 and 1956 making him the only golfer in the 20th Century to win The Open in three consecutive years.

Across his career he won the national championships of 10 countries, including the New Zealand Open nine times.

In 1998, the same year that Thomson captained the International team to victory in The Presidents Cup, he was also elected to the World Golf Hall of Fame.

As a PGA Professional, Thomson’s contribution was remarkable. Serving as the Chairman of the PGA of Australian for 32 years, a period that remains the longest in the Association’s history, Thomson was a role model for many and led to his induction as an Immortal of the Association in 2016.

Following his successful playing career, Thomson began designing courses with Michael Wolveridge in the 1960s. Over 51 years, he and his business partners, including Ross Perrett, developed more than 180 courses in over 30 countries.

Peter Thomson epitomised the values important to the PGA and his memory will continue to inspire golfers all over Australia and the world.

“A gentleman of the game, a legend of Australian sport and an Immortal of the PGA of Australia, Mr Thomson’s contribution to golf and our Association was immense and will live forever in our hearts and the pages of history.

“This is a sad day for Australian golf but we reflect on the life of Peter Thomson with respect and pride knowing that it was a great privilege to have a man of his talent, passion, wisdom and grace be such an integral part of the PGA of Australia and our sport.

“Our condolences are extended to the Thomson family and to all those close to the wonderful Peter Thomson AO, CBE.”

David Stretton, Interim Chairman of the PGA of Australia, also paid tribue, adding “Mr Thomson was Australian golf and this is a truly sad day for our sport. He embodied all the traits of a true gentleman of our sport; he was talented, respectful and passionate.

“Mr Thomson was an incredibly intelligent man who successfully guided the PGA as Chairman for 32 years; his legacy will certainly continue to influence current and future PGA leaders.

“He leaves a legacy like no other and his achievements and memory will continue to inspire up and coming Australian professional golfers.