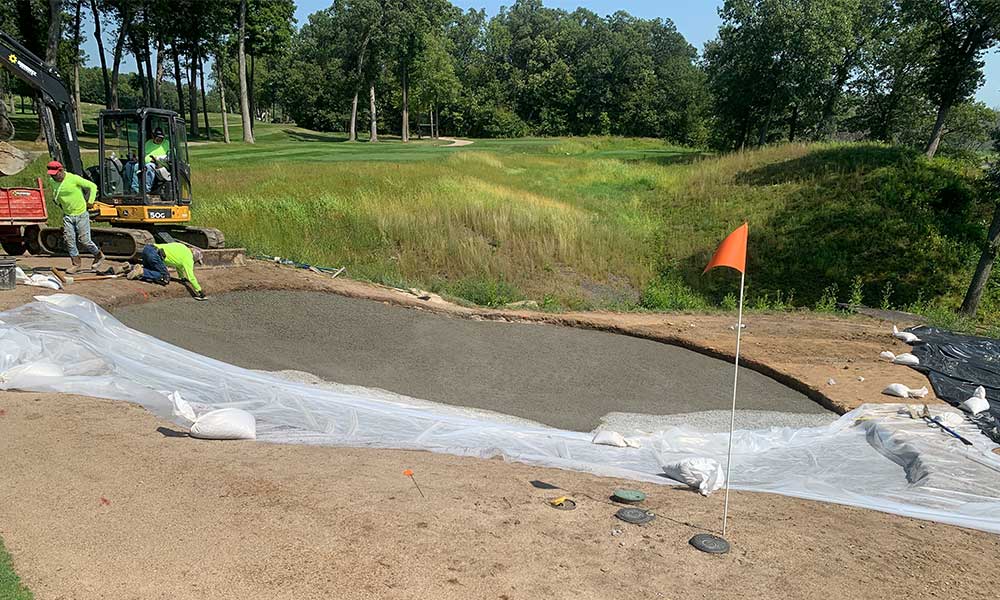 Every golf course in the world has to manage its maintenance operation carefully to ensure that the budget allows the course to be presented in a way that delights its customers. But when ‘customers’ regularly include the most fastidious golfers in the world, the PGA Tour, the challenge is significantly uprated!

As host to the annual John Deere Classic every year since it opened in 2000, TPC Deere Run in Silvis, Illinois, has two different sorts of customers: the paying golfers who play there every week it is open except one, and the professionals who show up for the tournament in July. And, although the paying customers are at the front of his mind every single day, golf course superintendent Alex Stuedemann admits that the needs and expectations of the Tour players are rarely far from his mind.

“Being a tournament venue, we always try to remain proactive in terms of our infrastructure,” he says. “The bunkers were rebuilt in 2007 with the best technology available at the time, but since I came back here eight years ago, it became clearer every year that they needed to be redone. Obviously, we want our bunkers in the best condition they can be for our regular players, but tournament week imposes significant extra pressure. It can and often does rain heavily in tournament week, and we have to be able to shoulder those rain events and give the golf course back to the players as soon as possible.”

To that end, Stuedemann and the management team at the course resolved that the Capillary Bunkers solution was the best option for ensuring the course was where it needed to be. He pushed the button and started a major bunker renovation on 3 August of this year, a project being handled by contractor Heritage Links, with supervision from PGA Tour Design Services, along with original architect D. A. Weibring.

“We know we’re building these bunkers for the long term, to keep the golf course where it is supposed to be,” says Stuedemann. “We will be finished by December, but we already know the benefits. We put in a test bunker in 2016 on our eighteenth hole after a torrential downpour a month before the event. We installed that bunker in August 2016 and it is still performing just as well as the day it was installed. Maintenance-wise, we’re spending 20-30 percent less time on that bunker. After a big rain event, all bets are off. You could spend ten man-hours on one bunker as against twenty minutes on that one.”