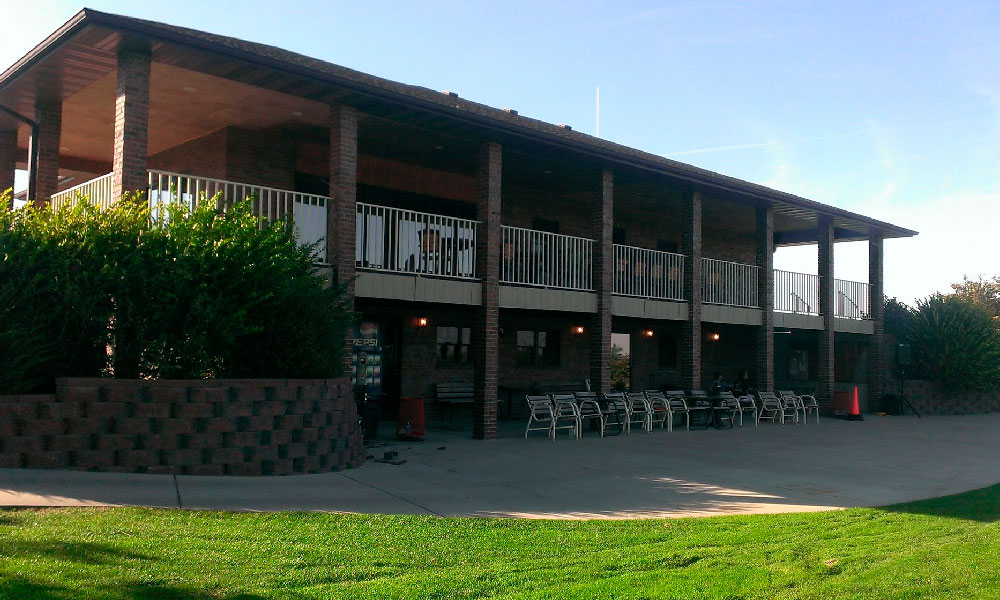 Sitting inside the Hebron Country Clubhouse, Hebron native David Klaumann is very much at home.

Klaumann officially became the country club’s general manager Jan. 1, and the position suits his love of golf and people.

The country club board is excited to bring Klaumann, who operated Blue Valley Bowl for years with his parents, Dale and Janice, in as manager.

“We feel with his overall knowledge of the game of golf, our membership numbers will start going back up, the atmosphere in our clubhouse will make a change for the better, and people will once again want to come in and have a few drinks at our bar even over the winter months,” the board stated in a news release.

Klaumann, who has been in the golf industry since high school — he was a two-time state qualifier as a Hebron High Bear, and went on to pursue an education in Arizona for professional golf — has a lot of ideas for the club, including starting a junior golf lesson program.

“They are your future golf players. Golf is a sport you can do for the rest of your life,” Klaumann said.

In his experience, Klaumann also managed the Fairbury Country Club for six years, worked as a golf professional at the Lincoln Pioneer and Mahoney courses, and the Jim Ager Junior Course.

For many summers , he traveled to Chandler, Ariz., to manage and serve as the golf professional at a club during the off-season.

The Hebron course is one of the nicest in the area, Klaumann said.

The pricing is reasonable and it’s not too hilly, which makes it an easy walk,” he said. “For this area, we’re very fortunate to have such a nice course.”

His duties include mowing the fairways and working with the ground crew of superintendent Allen Jones and Bob Molthan.

At the top of Klaumann’s list is drawing the public in, whether they are members of the club or not, and to squash the notion the club is private.

“This is open to anybody. It’s a recreation outlet for the public,” he said.

His goal for social gatherings has begun. He has teams signed up for the first shuffleboard night Jan. 23 and is interested in starting a league. Staying open after basketball games is also being discussed.

The club is open year round, and its 2020 tournament schedule, along with leagues and fundraisers, is posted on the Hebron Country Club’s Facebook page. Both levels of the clubhouse may be rented out at the same time.

The clubhouse has been rented for graduations, Alumni celebrations, and holiday and company parties.

“It’s inviting in here,” Klaumann said as he glanced around at the natural wood features made by Les Reinke, and the two televisions added since he came on.

Along with the men’s and women’s league, Klaumann is hoping to bring back a couple’s league. He said there is an informal group that plays on Wednesdays, however, he wants to make it official. Leagues begin in May.

Set hours for the club are being determined. The annual board meeting is Jan. 26, and new board members will be named.

Target Specialty Products Continues Its Expansion by Opening Its Newest Branch in ORLANDO, FL
Loop the loop at Wakefield Golf Club
To Top