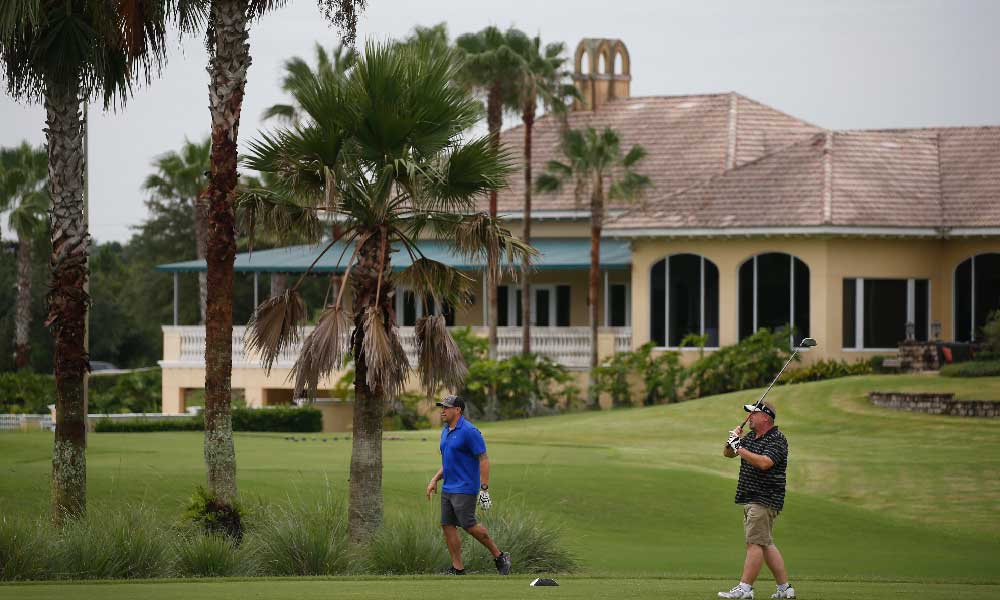 The pair of golf courses at LPGA International has a new owner, the beginning of a new chapter for the popular courses that have bled money for decades.

Daytona Beach-based Consolidated-Tomoka, which announced the deal Friday morning, also said it paid off its remaining liability to the city totaling $540,000.

That payment covered the per-round surcharge the company agreed to pay the city in connection with its prior buyout of the land lease with the city.

Manassas, Virginia-based Fore Golf, in turn, agreed to pay Consolidated-Tomoka $560,000 in the future based on a per-round surcharge of $1.50 for each round of golf played at LPGA Golf Club.

“We’re pleased to have completed the sale of the golf operations, which has sustained significant operating losses throughout the history of the Golf Club and required substantial capital expenditures in recent years,” said Consolidated-Tomoka CEO John Albright.

“We’re glad to transition the golf courses to an experienced operator,” said Albright, whose company owns income-producing commercial real estate properties in multiple states. “This (operating golf courses) is not our core business.”

“The bulk of the jobs are going to stay with the new owner,” Albright said, adding that there may be changes in senior management positions at the golf club.

Not included in the sale is the headquarters for the Ladies Professional Golf Association, which owns its building at LPGA International, Albright confirmed.

Fore Golf owns 11 golf clubs in Florida and Maryland. It has owned and managed more than 100 private clubs, daily fee golf courses and resorts over the past 38 years.

And Charles Staples, a Jupiter, Florida, resident who leads the company as its chairman and CEO, has dedicated more than 38 years of his 56 years in the golf business to acquiring, repositioning, developing and operating all types of golf facilities throughout the United States.

“No one has more experience than him (Staples),” said Steve Ekovich, a Tampa-based commercial real estate broker with Marcus & Millichap who represented Consolidated-Tomoka.

Fore Golf “has big plans” for injecting a large amount of capital into the LPGA courses, bringing everything from a new fleet of golf carts to repairs to sand traps, Ekovich said. He said he’s been a part of 150 golf course sales throughout the country, and he’s never seen a company undertake such a detailed inspection of a property.

Fore Golf has specialized in challenging turnarounds. The company’s website says the principals have never been involved in a deal that didn’t work financially and have never given a club back to its lender.

A mission statement on Fore Golf’s website said the company invests in deferred maintenance, improves communication between onsite staff and players, and elevates operational standards to improve the experience of players.

“I think members are in for an exciting experience,” said Ekovich, who’s the National Director of the Leisure Investment Properties Group of Marcus & Millichap.

Staples has led the acquisition, development, and operation of over 100 golf facilities. He began his golf career in 1960 and became a Class A member of the PGA of America in 1967. He has served the Middle Atlantic PGA as vice president, secretary, treasurer, and tournament chairman.

One of the courses he developed and managed, Kinloch Golf Club in Virginia, received top rankings from Golf Digest and Golf World. Staples has lectured for the PGA of America on golf course acquisition and management, and in the 1980s he was commissioned to write the PGA book, “Buying or Leasing a Golf Course.”

Since the 1960s he has been a teaching professional, director of golf, head professional and greens superintendent at golf courses in Pennsylvania, Virginia, Florida, and Ohio.

The sale came out of Consolidated-Tomoka’s determination to quickly regroup after a nearly completed sale to another company fell through at the end of July. Two days before Consolidated was set to close with golf course management company CBIGG, the company’s vice president of operations said he was walking away from the deal.

At their July 17 meeting, city commissioners were slated to vote on changes to a 1990 master agreement for the sprawling LPGA golf course property. The amendments included setting up surcharge payments to the city and solidifying privileges of the Ladies Professional Golf Association to use the facility.

There was also a measure ensuring re-use water would be available at the city’s standard non-residential rates. It was nothing that appeared to have the power to scuttle the sale.

But during the meeting, the mayor and commissioners grew leery of the buyer, C-Bons International Golf Group Inc., also known as CBIGG. The discussion grew tense and it became clear the deal with the U.S. subsidiary of a Chinese conglomerate was in trouble.

Consolidated-Tomoka had toiled for five months to lock in a buyer, only to have it break down at the last minute. But by early September, Consolidated was already moving toward closing a sale of the courses with Fore Golf.

Ekovich said Consolidated-Tomoka had eight potential buyers who were all qualified, but Fore Golf rose to the top because it was prepared to close the deal most quickly. A group of local investors that included auto dealer Randy Dye offered significantly less money than the seven other prospects, but they would have been next on the list if things with Fore Golf hadn’t worked out, he said.

Dye on Friday said while his group was disappointed that they weren’t chosen to acquire LPGA Golf Club, “We welcome (the new owners) with open arms.”

“I met with a couple of them (representatives of Fore Golf) last night and have a meeting with one of their principals at 1 o’clock today (Friday), I think to pick my brain,” the managing partner of Daytona Dodge Chrysler Jeep Ram said.

“Fore Golf, it’s their core business. They’re professionals and they’ve already identified areas that need improvement, such as the sand traps,” said Dye, who is also chairman of the Daytona Regional Chamber of Commerce as well as a member at LPGA Golf Club.

“We’re hopeful that the new owners will understand the value of the golf club to the community,” he added. “They said they want to improve communications and that, in and of itself, is a big plus.”

Ekovich said Fore Golf steered clear of the changes CBIGG tried to get city commissioners to approve and was able to complete the deal without having to publicly seek commissioners’ approval during a meeting or get the blessing of the city staff.

CBIGG had a binding contract to buy the two LPGA courses for $3.45 million.

That was more than double the $1.5 million Consolidated-Tomoka paid the city in early 2017 to acquire the courses along with a three-hole practice course, two-sided driving range, clubhouse, pool, and a fitness facility.

But the sale was worth more than $1.5 million to the city. Consolidated-Tomoka gave the city about 30 acres of land around Municipal Stadium. And Consolidated also made improvements to the LPGA golf courses, including spending $300,000 in the summer of 2017 to replace the greens at the Jones golf course, the primary tournament course at LPGA International.

Consolidated-Tomoka also committed to paying the city a $1 surcharge for every round of golf played, which could have reached $700,000 if the company had retained ownership of the golf courses for 10 years. The company has so far paid the city $140,000 in annual per-round surcharge fees. Fore Golf will be responsible for the remaining $560,000, which can be paid out over eight years in increments of $70,000 annually.

Moon Palace Cancun Named 2020 IAGTO Golf Resort Of The Year For The Americas
Tedesco – The Sinking of a Ship, The Birth of a Club
To Top