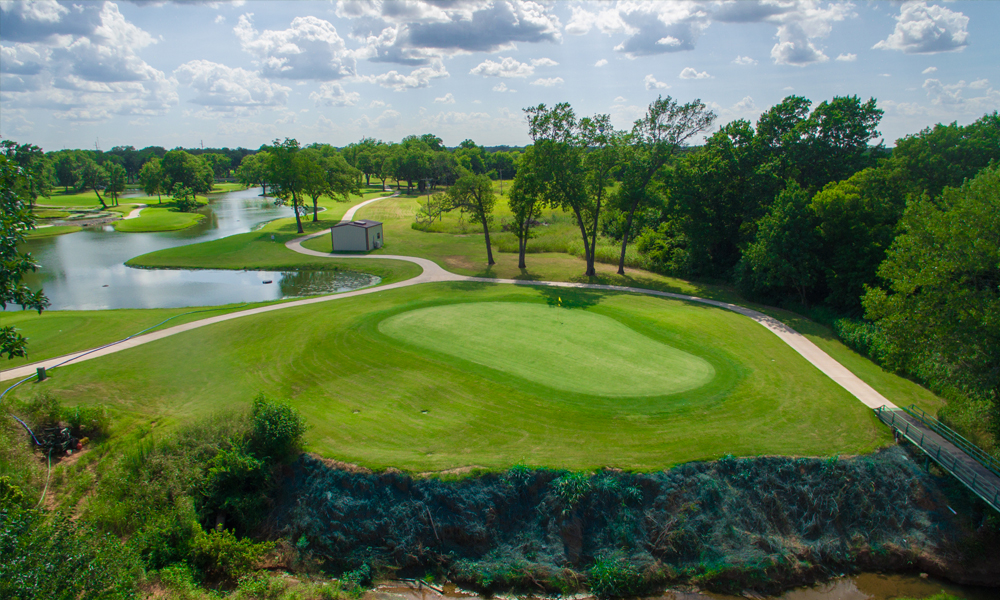 After a multi-year expansion and renovation project that began in 2015, FireLake Golf Course, Pottawatomie County’s only public course, has reopened its doors, offering year-round leisure and entertainment amenities just outside of the Oklahoma City metro area at 1901 Gordon Cooper Drive in Shawnee, OK.

Originally built in 1983, FireLake Golf Course now encompasses 6,335 yards of greens, fairways and rough and features a driving range, chipping and putting greens for golfers of all skill levels. High-quality Bermuda grass, mature pecan orchards, a natural creek and numerous lakes line the 18-hole course, shaping the 13 water hazards that classify the grounds. A two-story clubhouse has also been added, offering locker rooms, a fully equipped pro shop, a restaurant, bar and ballroom on the premises.

The new clubhouse comes after a fire destroyed the previous structure in 2000. The golf course remodel was prompted by drainage and irrigation issues throughout the course. The project was funded by accrued profits from more than 20 years of operations and the insurance settlement from the clubhouse fire.

Architecture and redesign of the course was directed by Heckenkemper Golf and United Golf LLC, both based in Tulsa. FireLake staff managed much of the renovation process, while the clubhouse construction was completed by Citizen Potawatomi Nation’s Construction Department.

FireLake hosts various annual tournaments for high schools, amateurs and as fundraisers for private groups. FireLake offers classes from three on-site instructors and employs around 30 staff members every season. The green fee ranges from $15 to $38 and annual membership pricing is available.

FireLake Golf Course is open from 9:30 a.m. to 9 p.m. on Mondays and 7 a.m. to 9 p.m. from Tuesday through Sunday. FireLake is 40 miles from Oklahoma City, 102 miles from Tulsa and is an enterprise of Citizen Potawatomi Nation, headquartered in Shawnee.