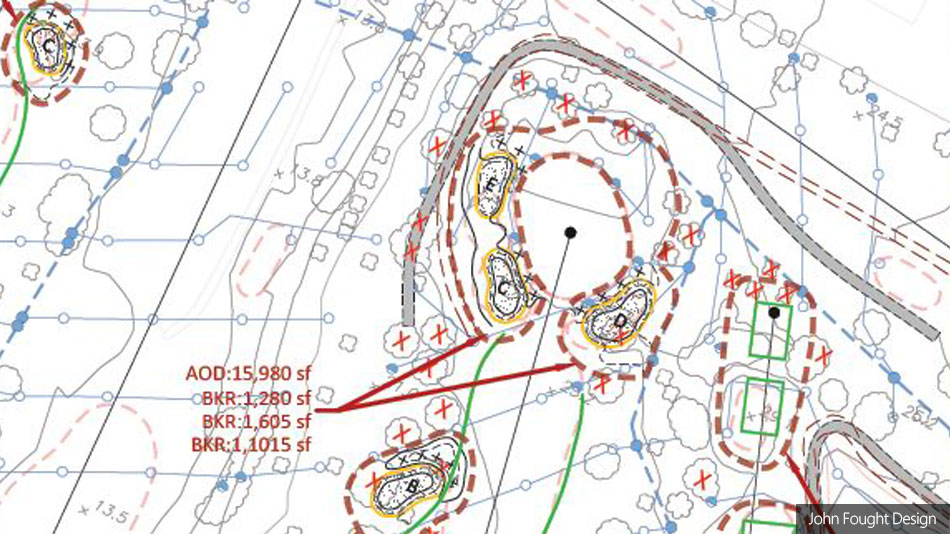 Renovations that will modernize bunkers, update golf cart paths, add tees and improve practice facilities are all part of the plan for the project John Fought, ASGCA,(John Fought Design) is overseeing at Alpine Country Club in Highland, Utah.

The 18-hole course, originally built in 1959 by local designer William Neff Sr, sits at the mouth of the American Fork Canyon with a backdrop of the Wasatch Mountains. This year’s work sees the club returning to Fought, who was hired in the late 2000s to redesign holes eleven to thirteen when the road on the east side of the course was widened.

“The renovation of the course involves the construction of all new bunkers, and a few new tees, at holes nine, twelve and fourteen,” said Fought. “New locations for the bunkers provide a new and more modern playing strategy.

“Most of the bunker locations don’t function well for the modern game. I developed a plan to improve the course by removing trees and developing bunkers that function properly.” Fought says that by using a new liner, Better Billy Bunker, the new bunkers will look and play great for years.

Work began in July 2018, with Duininck Golf responsible for construction. “The tree removal is nearly complete and the demolition process has just begun. Shaping of features will begin on 4 September,” said Fought. “We should get everything complete sometime in October.”

“The project is pretty straightforward though there are a few adjustments to be made,” said Fought. “In particular, the fairway is shifting left on the fifth. This will allow a wider, more interesting tee shot landing area.”

Enhancements to the practice facilities will include the expansion of the range tee area, with a new TurfHound artificial tee surface, and the putting green will be enlarged to 8,000 square feet.