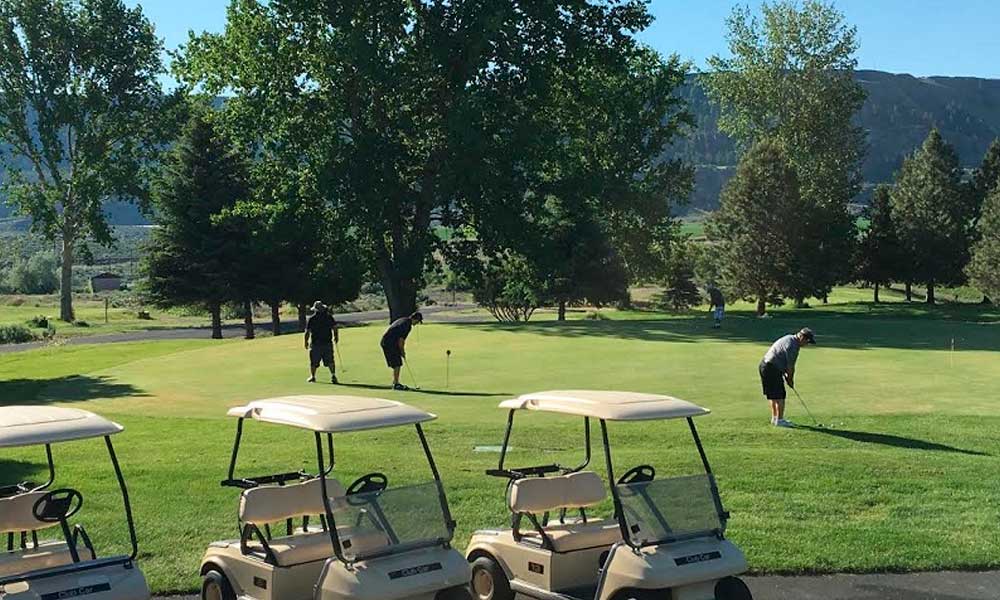 The Banks Lake Golf Course is in the process of being sold by the port district to Rattlesnake Ridge.

At Grant County Port District 7’s June 27 meeting, commissioners passed a resolution authorizing commissioners to go through with the sale, then signed a purchase and sale agreement on the terms of selling the golf course and some surrounding land for $1.8 million.

Scott Garrits, president, and Dennis Lohrman, secretary/treasurer of Rattlesnake Ridge were present at the meeting.

Included in the sale is 189.3 acres with an assessed market value of $1,646,055, as well as the clubhouse, golf carts, and other equipment used for maintaining the course, all of which was declared as surplus at an April port district meeting.

“It’s a pretty good time to hand it to the next operator,” Commissioner Jim Keene said. “Our hope as a board is that the new owner maintains that commitment, and we’re excited from what we heard. We’re excited to hear there’s an interest not just to keep the golf course open but to take it to a higher level. That’s exciting. We’re in the corner of the buyer, and we’re excited for the community because we think there’s an opportunity here. With a vision and a plan we think it can be successful and it can be a long-term success.”

“I think the forefathers that started the golf course would be happy,” Commissioner Gary Haag said.

Keene explained the history of the course a bit, saying that the port district bought the land, and that in 1984 community members pooled their money to develop the golf course using “elbow grease.”

“There’s a lot of people in the community that rolled up their sleeves together and said ‘we want a golf course; we’re going to make it happen,'” he said.

For decades, “there was a continuous effort to both develop it and keep it going, but it was a struggle,” Keene said.

In December 2009, the operators of the Banks Lake Golf and Country Club unexpectedly told commissioners they were giving the course back to the port district, which had been pressing them to get the water bill paid. But the club kept operating until it could no longer keep its lease, actually giving the keys back in March, 2012.

“So the port had a decision to make,” said Keene, who was not on the commission at the time.

Vowing to keep the course open, they inherited aging infrastructure and equipment.

“They chose, even with a limited budget and reserves, to strive to take it from the condition it was in, take it back to serviceable condition, and to encourage the public to use it,” Keene said.

The port district put $125,000 into the course in 2012, and has been running it since then mostly as a labor of love by volunteers, including Keene and his wife, Rose. But that was not a business plan seen as viable for the longer term.

“It’s almost like we took the baton from the people that we’re handing it to us, and took it to the current level,” Keene said. “Taking the baton doesn’t mean we don’t want to pass it on. For us, handing the baton forward, that’s extremely satisfying because we’re confident that the course is going to be taken to a new level.”

The golf course will continue to run as usual under control of the port district until the sale closes.