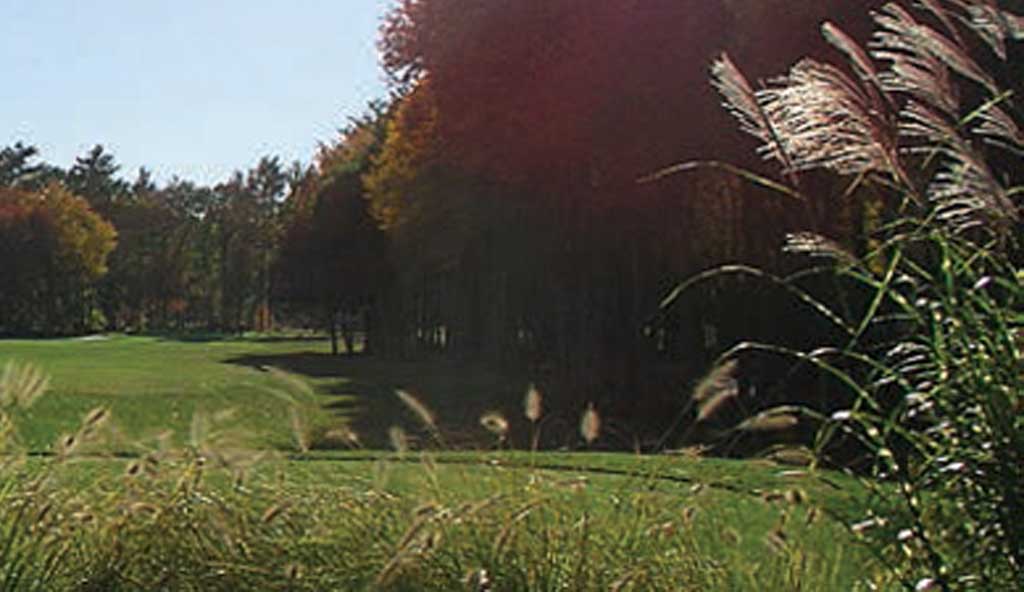 The following is the second in a series of profiles on Canton’s golf courses. The series continues with a look at Brookmeadow Country Club, an 18-hole championship course located on Everendon Road.

That, after all, was the stated aim of the club’s designer and longtime owner, Frank Simoni, a successful local builder who was “bitten by the golf bug” at age 47 and remained passionate about the sport until his death at age 80 in 1997.

As noted on the course history page at www.brookmeadowgolf.com, Simoni treated the construction of Brookmeadow as a personal challenge, doing the bulk of the design and engineering work himself. The project proved immediately successful, and after opening the first nine holes in 1967, he expanded to 18 holes just a few years later.

Simoni’s dream, according to his wife, Betty, was to “create the premier public golf course in the area.” And while other projects – including the construction of the Norwood Country Club in 1975 – prevented him from realizing his vision for Brookmeadow, Betty jumped back into the business after his death, overseeing the construction of a new function facility and clubhouse, called Gatherings, in 2001.

“That’s her tribute to him,” said Anne MacDonald, Frank and Betty’s daughter, and the club’s current general manager. “She threw herself into the golf course after he passed away. This is her love. This is where she feels closest to him, and by building this amazing facility it’s all in tribute to him.”

MacDonald said the emphasis at Brookmeadow, especially over the last 10 years, has been on exceptional customer service and top-notch golf conditions.

“Our goal is to have that private experience at a public course, and I think when they come through our gates they really feel that,” she said.

The golf course itself is a par 72 with a total distance of 6,637 yards from the longest tees. Ryan MacDonald, the head golf professional, and a Canton High alumnus, described Simoni’s design as straightforward and open – a “what you see is what you get” approach that appeals to golfers of all ability levels.

“Most courses today are built too tough,” he said, “but anybody can play here with any handicap, from the scratch golfer to the high handicaps.”

“We don’t have a lot of fairway bunkers,” he added. “We have brooks but they are well outside the fairway. There’s not a whole lot of trouble out there.”

Ryan, who is not related to Anne, the club’s GM, said the course is kept in “great shape” and is very affordable, topping out at $74 on the weekend for 18 holes of golf with a golf cart included.

As a result, Brookmeadow has gained a loyal following over the years and has become a popular local choice for golf tournaments, company outings, and dozens of weekly golf leagues.
Anne said there are leagues for men, women, couples, and seniors, and some have been with them for decades, including one group of 36 guys that started back in 1970.

“Most people move on; they retire, or they go join a private club,” she said, “but we’re fortunate to have a bunch of guys who have stuck around for a long time.”

In addition to hosting leagues and outings, Brookmeadow also offers a limited number of senior and junior memberships to golfers who are 60 and older or under 18, as well as a “weekend inner club” that comes with assorted perks such as preferred tee times and participation in weekly tournaments.

Head golf pro-Ryan MacDonald also offers private lessons, and according to his online biography, he brings a wealth of experience, having played for the No. 1 ranked Methodist College (NC) golf team while studying under some of the top instructors in the country in the PGA Professional Golf Management Program.

Anne said Ryan, who started as an intern at Brookmeadow, has become a critical part of the club’s overall success. “He brings in all of our golf outings,” she said. “He takes care of all of our leagues and works with the coordinators. He’s here in the morning and doesn’t leave until late at night.”

Anne was equally effusive in her praise for her mother, who remains active in the day-to-day operation of the club and still manages to get in a few rounds of golf each week.
“She comes in every day, she does the books and she reviews everything,” Anne said. “She definitely has her finger on the pulse.”

And thanks in large part to Betty’s foresight and determination, Brookmeadow now has a thriving function facility that hosts weddings and special events year-round. Features of the two-story structure include a newly renovated ballroom, a covered veranda, floor-to-ceiling windows, a full-service bar and a restaurant. The upper floor can accommodate up to 225 guests while the lower floor can hold up to 100. There is also a gazebo and private gardens on the property for wedding ceremonies and photograph sessions.

“Ever since Frank’s death, I have been striving to preserve his legacy,” writes Betty. “My improvements to Brookmeadow have been a labor of love in his memory. I hope that Brookmeadow Country Club will serve as a lasting monument of Frank’s love for the community and for the game.”