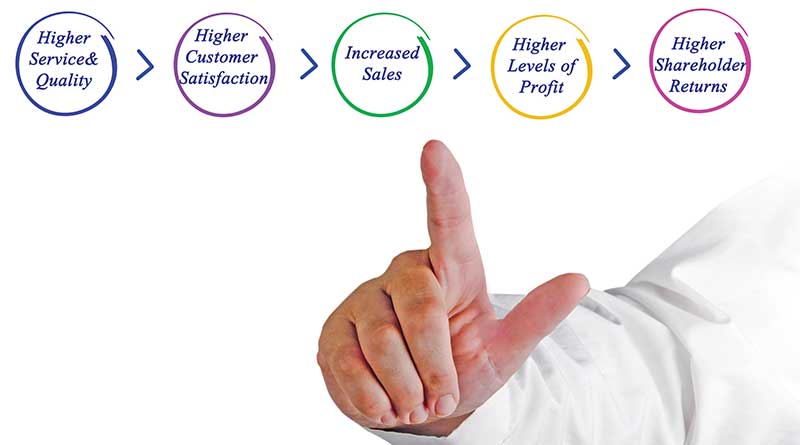 “Hire motivated people who will help your business grow.”

That popular mantra for creating a productive workforce has always been easier said than done. And today the challenge is tougher than ever, thanks to slim pickings in the candidate pool. Many workers furloughed or exiled to home offices during the pandemic have been rethinking their personal goals. Do they really want to return to a workplace where they never felt engaged? Or join one that promises nothing but a dull routine?

Today’s tighter labor environment comes at a time when hiring errors and subpar performance can seriously impact the bottom line. As advances in technology have reinforced the need to exceed the competition’s productivity levels, employers need workers who will perform at the highest levels possible.

“In this competitive environment, companies have downsized considerably,” says Pete Tosh, Founder of The Focus Group, Macon, Georgia (thefocusgroup.biz). “As a result, they really need to accomplish more with fewer employees.”

The good news is that businesses can take steps to attract and retain “A players.” The process begins with an understanding of the forces that propel top achievers. “There is a difference between motivation and engagement,” explains William J. Rothwell, Professor of Workforce Education and Development at Pennsylvania State University. “Motivation is internal to people while engagement is a passion for what they do. Engagement requires a match between the person’s passions and their daily work activities.”

Employees who are both motivated and engaged contribute maximum value to their employers. Not only do they get more easily into the flow of their work, but they reduce costly turnover by sticking around longer. “A recent Gallup survey shows that engaged employees drive 12% more profit,” says Tosh. “They are far more productive and lead to higher customer satisfaction.”

Before taking steps to improve employee engagement, a business needs to assess how its staff currently feels about its work environment. “The most common misconception by employers is thinking people are engaged when they aren’t,” says Tosh.

A close look at employee attitude is likely to be eye-opening. A recent Gallup report revealed that only 36% of employees at the typical business are fully engaged, which means giving their best efforts or working to their full potential. Fully 13% are “actively disengaged,” which means they are miserable in their duties and spreading unhappiness to coworkers—and, presumably, customers. Perhaps as alarming was Gallup’s finding that 51% of employees are “not engaged”—psychologically unattached and just “going through the motions.” In other words, a majority of employees are not pulling their weight.

The best way to assess employee engagement is to speak with them one-on-one. “Periodic conversations with employees will reveal any issues about their working conditions,” says Rothwell. “The business environment is one thing, but how people perceive it and feel about it is very often another.”

Here the supervisor plays a key role. “Effective supervisors are catalysts,” says Tosh. “They impact and utilize employee talents to achieve business goals.” It’s the frequent touchpoints of supervisor and employee, he adds, that offer the greatest potential. “Each interaction, even momentary, is an opportunity to build the relationship, to coach, and to improve the employee’s performance.”

Unfortunately, too many supervisors see worker interactions as interruptions rather than opportunities. Other times, the personalities of supervisors clash with their charges. And that can be a major demotivator. “An employee’s perception of their relationship with their manager is far more important than their perception of the organization as a whole,” says Tosh.

Bonus tip: Engage the cynics. What to do with that subset of employees that always seem to have a negative interpretation of workplace events? Harness their energies. “Sometimes your cynics are your best critics,” says Bob Verchota, senior consultant at RPVerchota & Associates, Minneapolis. “Make a focus group out of them. Then you can really work on removing barriers to efficient employee performance.”

Supervisors can use motivational techniques to re-engage workers and keep everyone performing at an elevated level. But what techniques will work? While the common wisdom says throwing more money at people will stimulate performance, studies have shown that not to be true. “When people are paid more, their performance does increase temporarily, but then it goes right back down,” says Jack Altschuler, president of Fully Alive Leadership, Northbrook, IL (fullyaliveleadership.com). “And they then view higher pay as an entitlement.”

Money, then, does little to inspire great workers. But Altschuler offers three caveats. “For lower-wage people in financial distress, more money does matter and can change their engagement level,” he says. “Additionally, people who feel they’re being underpaid will respond positively to increased financial reward.” Finally, at the lower end of the wage distribution scale money can determine who applies for a job and who stays on once they’re hired. “If somebody is paid $7.25 an hour, and they can get $12 someplace else, they’re gone.”

Those exceptions aside, what really motivates people is a nurturing workplace that meets their basic human needs. And to establish such an environment experts suggest supervisors do the following:

As important as the top motivators are, one size does not fit all. “Not everyone is motivated by the same thing,” says Verchota. And the only way to discover what those idiosyncratic motivators are is to engage each employee in conversation.

Supervisors should ferret out each employee’s hidden motivators in brief weekly meetings. Discuss the individual’s attitude toward his or her work, and their happiness with their position. Rothwell suggests one particularly useful question: Can you tell me a story about a time when you felt particularly motivated in the work that you were doing? What was happening, who was involved, and most important, what made it so motivating to you? Then listen. “The story will come from inside the person,” he says, “And most of the time if they can’t come up with a story, there is something overwhelmingly bad in their work situation that needs to be addressed.”

Another tactic is to assure the confluence of so-called Objectives and Key Results (OKRs). “If a boss thinks an employee should be doing one thing, and that person thinks they should be doing something else, there’s going to be demotivation at some point,” says Don Phin, a management consultant in Coronado, CA (donphin.com). He suggests having the employee write down the three most important tasks they do every day, then the three key results they expect. Then have the supervisor do the same for that employee. “It’s surprising how often the two lists do not match,” says Phin. “And no performance system will work if they don’t.”

A cousin to periodic engagement reviews is so-called pulse surveys. These are frequent, short questionnaires designed to spot trouble spots in a business environment. As the name implies, they take the pulse of the organization.

Companies that fail to improve employee motivation and engagement leave money on the table that competitors are only too happy to collect. On the other hand, companies that make a concerted effort to inspire their personnel to achieve the twin rewards of higher productivity and greater profitability. “Initiatives to bolster employee attitudes are proven to work,” says Tosh. “Such efforts are practical, doable, and drive success in the organization.”

The right program will retain the best people and attract new ones. “If we want to be an employer of choice, we must understand we are in a major competition globally for top talent,” says Rothwell. “That means we need to create a great work environment where people can do their best and never want to leave.”

How to Motivate the Disengaged Person?
Leatherstocking Golf Course – Golf Americana in All Its Glory
To Top