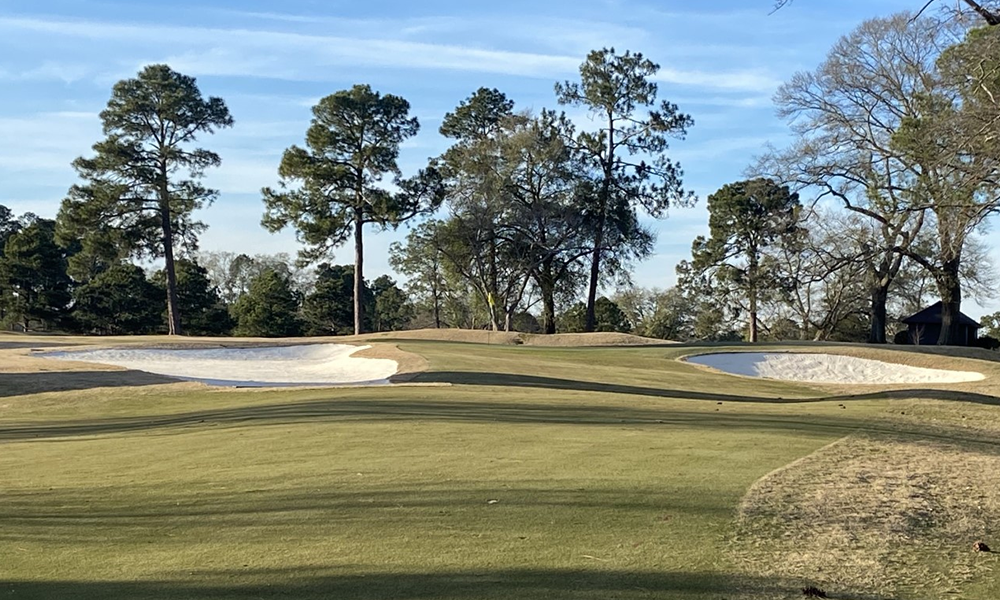 The longevity of Capillary Bunkers – exemplified by the ten-year performance guarantee provide when the product is installed – was the key reason August Rocco, golf course superintendent at the Country Club of Columbus in Georgia chose to install the product during a recent course renovation.

The club was founded in 1909, and the course was rebuilt in the early 1920s by Donald Ross. Architect Drew Rogers, at the time working for Arthur Hills, renovated it between 2000-and 2002, but until now, that was the last time the course was touched.

“Drew did a fantastic job, but at that time, there really wasn’t advanced bunker liner technology available,” says Rocco. “The previous superintendent, William Smith, ended up having to grass some bunkers down because they just couldn’t keep sand on the faces.”

Twenty years on from the Rogers work, it had become clear that Columbus had to do something. “Like all superintendents, I strive for consistency throughout the golf course, and the one area we couldn’t achieve that was the bunkers. We had fifty bunkers with fifty different playabilities,” says Rocco. “From a playability standpoint, achieving consistency is a huge thing, and from a financial point of view, I calculated that if we didn’t need to spend so much of our time making the bunkers playable, we would effectively reallocate between five and eight percent of our annual labor budget.”

Rocco, therefore, launched a project to rebuild the bunkers using the Capillary Bunkers product. Contractor Duininck Golf completed the work in eight weeks in the early part of 2022 – despite the fact that the golf course was open at the time. “We did the entire project while the membership was playing golf,” says Rocco. “My membership was very conscious that the bunker project was the most important thing going on in the club and played around with the construction. For me, it’s about longevity. We’re a club that did a renovation twenty years ago and hasn’t spent much capital since on the course. With the product’s guarantee and rave reviews from other superintendents, I figured Capillary Bunkers was the right choice for us.”