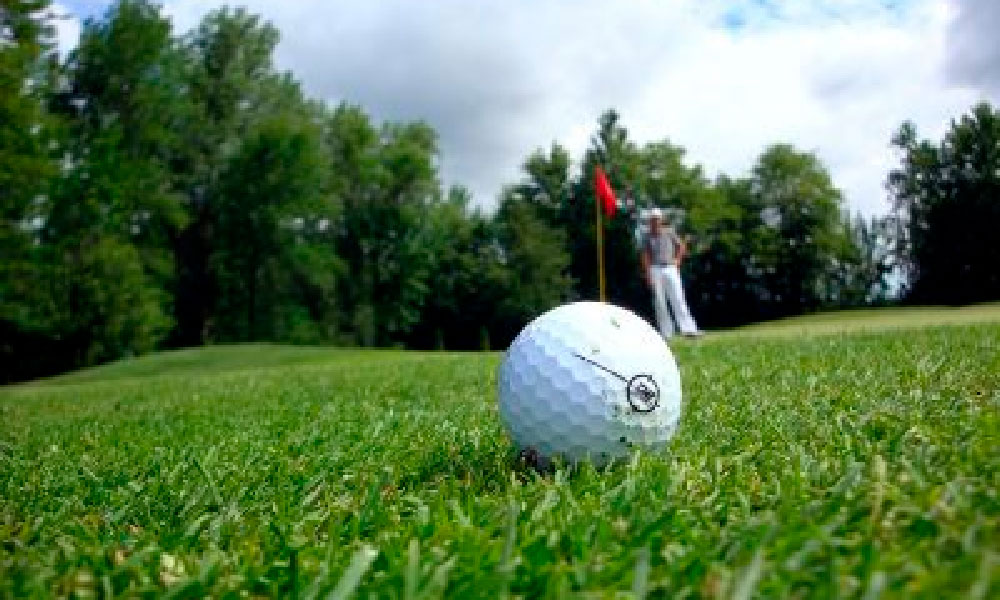 Massachusetts on Thursday became the second-to-last-state to reopen its golf courses. The decision by Gov. Charlie Baker marks the end of a complete shutdown that had been in place since March 26.

The order came just over one week since the state extended its closure of non-essential businesses from May 4 to May 18. Golf courses remain non-essential, according to Baker’s administration, but can now operate with new restrictions.

These guidelines include a limit of four golfers per group, a ban on carts and caddies as well as mandatory remote payment methods. The rules are intended to promote social distancing and prevent infection, according to the Governor’s Office.

“You’re out in the fresh air,” Miller said, “and golf is a natural game to social distance.”

On Sterling courses, employees enforce social distancing at the tee box and on the green, Miller said.

“When you finish your round, it is mandatory you put your clubs in your car and leave the property immediately, no lingering at all,” Miller said. “[On the] fairway and the rough, you’re not going to be close to each other anyway.”

The governor’s order came after weeks of lobbying by New England golf clubs, with one online petition receiving more than 42,000 signatures from Massachusetts residents.

On Wednesday, one day before Baker’s announcement, Cara Cullen, owner of Kettle Brook Golf Club in Paxton and Wachusett Country Club in West Boylston, declared she would reopen despite the restriction. She said in a Fox News interview that although she understood the governor’s hesitation, she could not wait any longer.

Miller said Cullen’s choice is understandable because the past month has put a financial strain on clubs across the state. Sterling Golf courses lost more than $600,000 in total revenue during April, he said.

“As a professional member of the golf course industry, we completely understand where [Cullen is] coming from,” Miller said. “Golf courses are such a seasonal business out here. We’ve lost eight weeks already, maybe 10, and it’s killing us.”

Despite financial losses, Miller said the golf industry has a collective responsibility to abide by state regulations. A breach of the governor’s guidelines by one club could penalize all clubs, he said.

During their closure, however, golf clubs had struggled to keep both players and walkers off their courses. Chris Carter, general manager at Hillview Golf Course, said his town of North Reading had to take extra measures to enforce the course closures.

“Our town stepped in and barricaded our parking lots,” Carter said. “I think occasionally there were still some neighborhood people [walking]… The golf courses turn into more like dog parks than anything else on a nice day.”

To avoid the ban, some of Massachusetts’ avid golfers have traveled out of state to play.

Mark Klotz, a head professional at the Professional Golfers’ Association of America, said he has seen a spike in out-of-state golfers at the Connecticut golf course where he teaches.

“We had a different influx of golfers this year,” Klotz said, “because Massachusetts courses were definitely closed, no question.”

Miller said he feels concerned the regulations particularly restrict older players, who make up the majority of club regulars. Since reopening on Thursday, he’s received dozens of calls from older golfers in need of assistance navigating the course’s website.

“There’s a lot of people that don’t know how to pay for something online,” Miller said. “[Friday], I was on the phone probably 11 hours straight.”

Miller added that roughly 60 percent of Sterling Golf’s clientele regularly use a golf cart to navigate the course. Since golf carts are no longer permitted under social distancing rules, many of these golfers are currently unable to play, costing Sterling Golf additional revenue.

Fred Corcoran, executive director of Golf for All, a local nonprofit for veteran and disabled golfers, said golf carts are vital to ensure all golfers are able to play.

“Some of them have physical challenges and need to use carts,” Corcoran said. “We’re really not going to be able to do much of anything until the governor lifts the [cart] ban.”

While courses themselves are open again, Corcoran said Golf for All is unable to resume its veteran program because of these participants’ vulnerability to COVID-19.

“A lot of our [members] are Desert Storm, Vietnam, Kosovo, even a couple of World War II veterans,” Corcoran said. “Coronavirus is very democratic with a small d, impacting everyone, particularly vulnerable people with other health issues, especially veterans.”

But group outings are still important for aging veterans, Corcoran said. The loss of golfing for GFA’s members has been “very, very difficult,” especially for those with post-traumatic stress disorder.

The suicide rate of veterans was more than 1.5 times that of non-veterans in 2017, according to a Department of Veterans Affairs report released last year.

“Usually it’s because of isolation and withdrawal,” Corcoran said. “So it’s particularly difficult for veterans not to be able to get together.”

In the meantime, GFA must wait for further state instructions while trying to maintain relationships with members over the phone, Corcoran said.

“The best we can do is try to do it as virtually as possible, which is so frustrating,” Corcoran said. “Safety first; that’s really our mantra.”