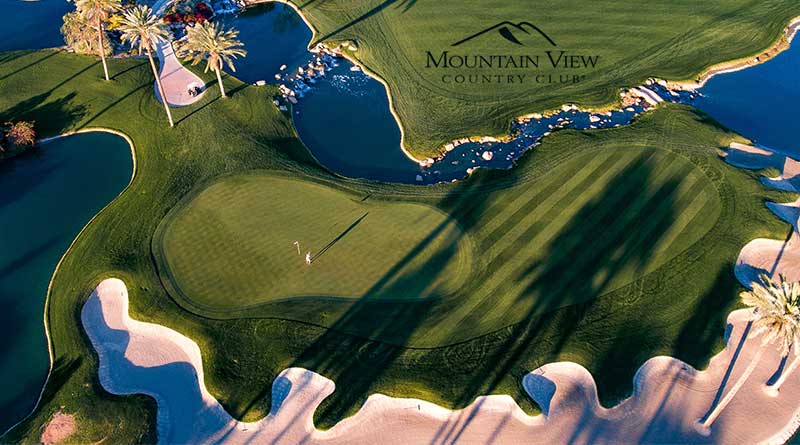 Mountain View Country Club, located in the La Quinta community of the Coachella Valley, has introduced three new key staff to its members, a General Manager, Executive Chef, and Director of Grounds.

Marco Sotomayor, who has a rich history in the hospitality industry, was appointed General Manager earlier this year.  Originally from Mexico City, Marco moved to California thirty years ago.  He studied Hospitality Management at the College of the Desert and he also earned a Bachelor’s degree in Organizational Leadership from Penn State University and a Master of Science in Strategic Management and Leadership from Michigan State University.  During Marco’s time in the hospitality industry, he has worked for JW Marriott, Renaissance Esmeralda Resort, Desert Horizons Country Club, and a world-class Motorsports Club in Thermal, California.

Executive Chef Jorge Martinez, a former Wolfgang Puck Executive Chef, began his career in 1999 at Spago Beverly Hills and quickly advanced in the organization. He was offered a scholarship to study at the Apicius Culinary School in Florence, Italy, where he excelled. Upon returning from Italy, Jorge was named Executive Sous Chef at Spago Beverly Hills.  There he rose through the culinary ranks of Puck’s restaurant group and managed many properties, including the Trattoria del Lupo in Las Vegas and the Spago Bachelor Gulch in Colorado.  In 2016, Chef Jorge accepted the Executive Chef position at La Quinta Cliffhouse Grill and Bar where he successfully created a unique dining experience while increasing revenues. The Club is excited to have Chef Jorge on board.

Jared Taylor, the new Director of Grounds for Mountain View, began his career as a superintendent at Tamarisk Country Club in Rancho Mirage.  From there he worked at several courses including the Madison Club in La Quinta and the Annenberg Retreat at Sunnylands.  In 2016, Jared made the move from Sunnylands to Mission Hills Country Club in Rancho Mirage and began his involvement with the annual ANA Inspiration, a major LPGA golf tournament.  Jared is completing his first full season and is committed to maintaining championship-caliber course conditions at Mountain View.

Mountain View Country Club opened its championship Arnold Palmer Signature designed an 18-hole course in 2005.  The private, special member-owned community offers a tranquil lifestyle with golf as the centerpiece.  Additional recreational facilities include a state-of-the-art racquet complex for both tennis and pickleball and a swimming and wellness/workout center.  A new social area behind the clubhouse was also created as a space where members can relax, practice chipping and putting, play tennis, and even try their hand at a game of Bocce on the two well-lit courts.