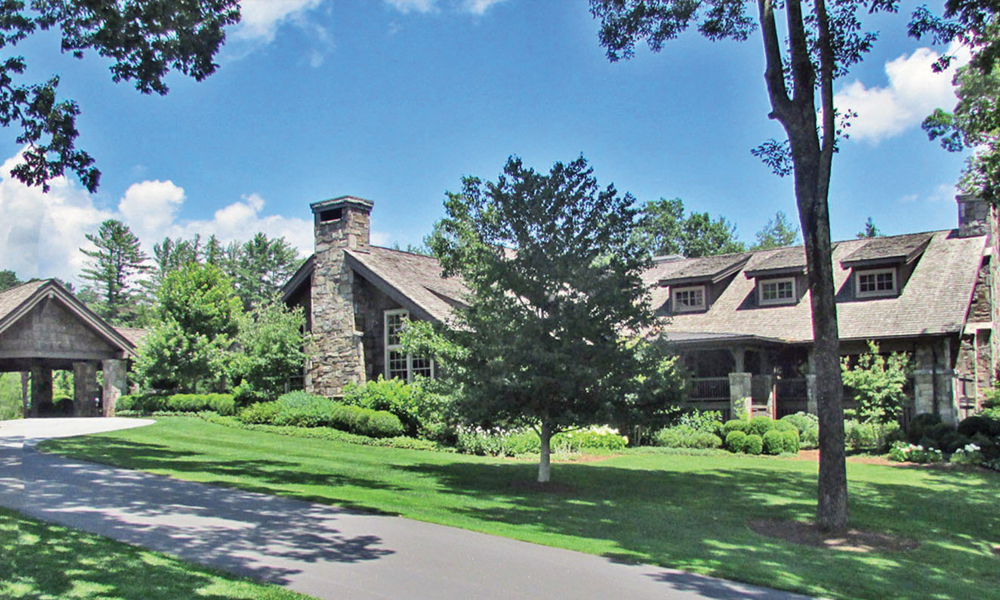 There are a lot of things about working at a country club that is unique. Certainly, every job has unique aspects to it, but this business really is built on relationships…the relationships with fellow staff, vendors and most importantly, the members. Highlands Country Club’s greatest asset is its membership which dictates the culture of the club and its atmosphere. In the 18 seasons, I’ve spent at Highlands CC, these relationships are special to me. I often think back to 18 years ago (2000) when it all began.

I was a 22-year-old, soon-to-be college graduate. Other than extended internships, I wasn’t exposed to the real world just yet. I did have the fortune of discovering a career at a young age in addition to a great support system in a mother and father that mentored and coached me along the way. Late fall during my senior year at Penn State, I started receiving interest from several different Clubs as an Assistant Superintendent. A Club and US Open venue in Michigan, a Discoveryland Company project in Texas and Highlands CC were 3 solid possibilities. There was always something about HCC that felt like the right fit for me. It’s that gut feeling we get that you have to learn to trust. Ironically, one of my Penn State classmates was born and raised in Franklin, NC and spent several years working at Highlands CC under the superintendent, Andy Laughridge- also a Penn State graduate. Since the early 1980’s, each HCC superintendent was a graduate of Penn State, the oldest and most prestigious Agronomy program in the world. The HCC/PSU relationship is a tradition in its own right! In November of that year, I learned from my classmate that HCC was, in fact, looking to hire an Assistant Superintendent. I immediately sent my resume to be considered.

In December of 2000, the Club flew Hilary and me from State College, PA to Asheville where we rented a car and drove to Highlands. This was our 3rd trip to Highlands…we learned of the area the year prior when I worked at Augusta National (again, all Penn State relationships). In fact, we were married in Augusta, GA in July of 2000 and then spent our honeymoon in Highlands! That December was my official interview for the assistant superintendent position…the job I really wanted! The Superintendent at the time, Eric Shomaker, interviewed two other people for the job as well. I knew I would fit exactly what HCC was looking for but I also knew the other people being interviewed…both of which were great guys. After Christmas of that year, I finally received the letter I was hoping for! I remember the excitement of seeing the envelope with the Highlands CC logo on it. In it was a letter from Eric, offering me the position. It was the easiest decision I ever had to make, with the full support of my wife. That same year, I was named a GCSAA Scholar which included an all-expense-paid trip to the Golf Industry Show…held in Dallas, TX that year. Eric and I kept in constant communication those following months and I planned to meet up with him in Dallas. A week before going to Texas, Eric told me there is someone else who wants to meet me and spend time with me. Keep in mind, I’m just a young college student and I felt Highlands CC was going out of their way to make sure I was the right fit and was content in my decision…everyone involved was first class all the way. It just so happened that another person was Yancey Stribling, then Highlands CC Green Committee Chairman. I was blown away by this gesture…the HCC green chairman was going to fly to Dallas to meet me, the new assistant superintendent! He made the trip that February, flying to Dallas from their Aspen, CO home. We spent the day together, walked the trade show floor, and had dinner. I went back to Penn State and recall telling the story to my fellow classmates who couldn’t even begin to relate to my experiences of being hired by HCC. It was because of that first impression I got from Yancey- and the way he treated me, that Highlands CC would always be the place I wanted to be. In March of that year, Hilary and I came to Highlands during spring break. It gave me the opportunity to work with the staff for a week and get to know everyone. That week, we went to dinner a few times with Greg and Rita, Eric and his wife, and of course, Yancey. Everywhere we went, it was like being with a celebrity. He seemed to know everyone. Like me, everyone was naturally drawn to his likable personality. He was a special man. I remember all the stories he would tell too- from his elaborate Lionel train set in his basement to the times he and his father came to Highlands CC when he was just a boy. If you knew Yancey, you probably heard the story of him and his father, standing on the #18 tee. His father told him he would buy him a sleeve of Spaulding Dot golf balls in the golf shop if he cleared the lake. He teed it up and successfully crossed the hazard. That sleeve of golf balls became a treasured possession of his. He could see how proud he made his Dad…one of the best feelings anyone could have! It was stories like this that made me realize how special this Club is. This property was a huge piece of the lives and memories of its members…a scenario that happens to make for the most successful and healthy clubs in the world.

In 2003, after 3 seasons at HCC, I had the opportunity to be a superintendent. After all, that was my goal…spend 3 years max as an assistant superintendent and then off to bigger things. Champion Hills Club in Hendersonville, NC gave me that opportunity. It is a great place too but certainly didn’t have the culture or pedigree as Highlands CC. That position was short-lived. Hilary and I purchased a home and moved to Hendersonville in January 2004. Three months later on a cold March morning, my phone rang. I was standing on the #14 tee at Champion Hills when Greg Crawford called and explained that Eric accepted the Superintendent position at a new Club being built in Cashiers, Mountaintop GC. Greg’s question was: “What would it take to get you back?” At the time I was trying to play it cool and tell myself to use my negotiating skills and play hardball. The truth was…it was a done deal before Greg even finished the question! It was the 2nd easiest decision I ever had to make (the first was coming to HCC in 2000). I learned later that Yancey took an article he had read about the Head Greenkeeper of the Old Course at St. Andrews (who I worked for in 1999) being hired in that position at the young age of 24 years old. In 2004, I was 25 years old. Twenty-five-year-olds typically don’t land Superintendent positions at a Highlands CC caliber Club. But it was a General Manager and a former HCC Green Chairman who had the confidence in my ability to do the job. It’s these relationships that I feel like I worked hard to earn but I’ve always been tremendously grateful for. Yancey made a copy of that article and took it to Greg and said if St. Andrews can hire a 24-year-old, we can hire a 25-year-old!

In all of our lives, there are people that come and go. There are others who come and have an impactful presence in our life; it’s like they were sent at just the right moment. There are about 6-10 people in my life that I can say that about. I consider myself fortunate to get to work with three of those people every day and have for the last 15-18 years. To me, Yancey Stribling was one of those people.

Going back to where I started with this post….the turf life and specifically Highlands CC, has given me the opportunity to meet some great people, many who helped shape my life and my career. Highlands Country Club has given me the ability to grow professionally, raise a family, travel, create wonderful memories, build a staff that’s second to none, live a wonderful quality of life all while living close to my parents (Greenville, SC). It couldn’t have been scripted any better for me. In 2000, I had no idea it would have turned out as well as it did, but my gut told me it would and I trusted it…for someone not known for their patience, I’m most proud of this fact. For a long time, Yancey Stribling was the face of Highlands CC to me. His passion for the golf course and how he treated Hilary and me was a huge part of why I wanted to be at Highlands CC and why I have such loyalty for this great Club. Like everyone, I miss him. For me, there will always be a void at Highlands CC without him because of this history. I’m forever grateful because I had the opportunity to know him. When I ride around the golf course, there are so many memories and stories of the many projects he was involved with that I will always treasure.

I hope that one day I can have that same impact on someone starting out in their career.

From the blog of Brian J. Stiehler, CGCS, MG at Highlands Country Club

Award-Wining Results Provide the Proof
Maintenance budgets: What NOT to cut
To Top