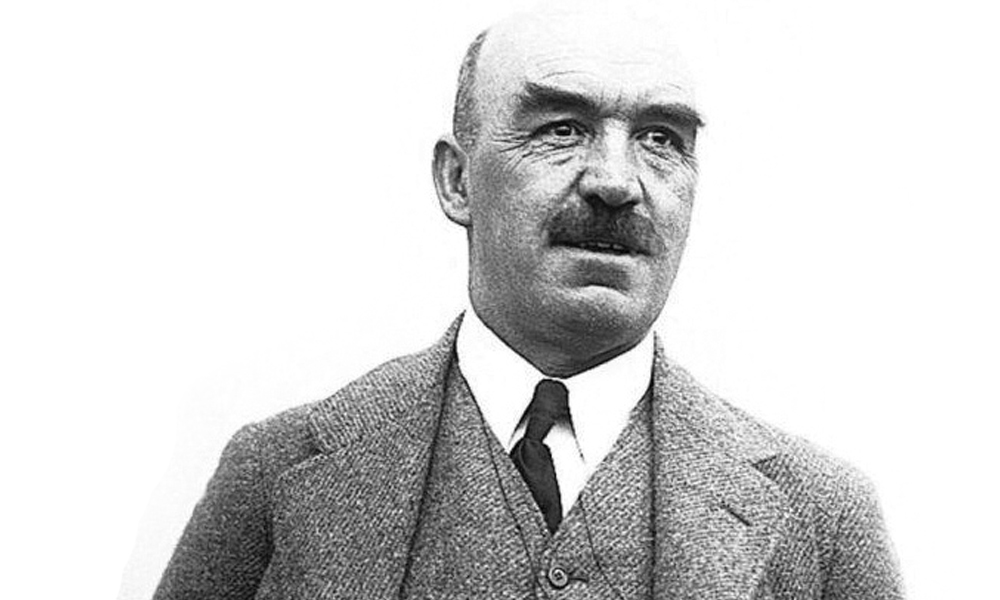 Editor’s Note: This is the fourth in a series of articles about the people who helped pioneer, promulgate and popularize the game of golf.

After Francis Ouimet and Bobby Jones helped bring golf to the American masses, someone needed to take the lead on the design and construction of the new courses that followed in the wake of the game’s sudden acceptance.

Ouimet’s win in the 1913 U.S. Open launched the “Golden Age of American Golf.” Nowhere was that more evident than in this startling statistic: At the time of Ouimet’s historic victory over the great Harry Vardon at The Country Club in Brookline, Mass., there were an estimated 350,000 American golfers. Ten years later, that total had risen to 2 million. Golf had emerged from the shadows as a pastime of the privileged few and was now open to everyone.

The number of public and private golf courses in the U.S. grew from fewer than 750 before 1913 to nearly 6,000 by 1930. Several notable golf architects burnished their reputations during these heydays, including Charles Blair Macdonald, Alister MacKenzie, H.S. “Harry” Colt, Seth Raynor, George C. Thomas, Willie Watson, A.W. Tillinghast, and Donald Ross.

It’s arguable whether MacKenzie or Ross, a Brit and Scotsman, respectively, was more influential and “pioneering” in their fields, as each made an indelible mark. Before relocating to the U.S., Ross served as an apprentice under Old Tom Morris at St. Andrews. The Dornoch native was responsible for designing or redesigning approximately 400 courses in the U.S., including such illustrious layouts as Pinehurst No. 2, East Lake (Bobby Jones’s home course), Seminole and Oakland Hills, along with many public and municipal venues, mostly located east of the Continental Divide.

Ross exhibited a flair for routing golf holes over their natural sites, usually with a minimum of earthmoving. He was a founding member and the first president of the American Society of Golf Course Architects, and in 1977 was admitted posthumously (Ross died in 1948 at Pinehurst) to the World Golf Hall of Fame. The Donald Ross Society is based in West Hartford, Conn.

Born in 1870 in Yorkshire, MacKenzie had an entirely different background than Ross. He was a doctor who enlisted as a civilian surgeon with England’s Somerset Regiment during the Boer War at the turn of the 20th Century. But instead of treating injured soldiers, he became a camoufleur, someone who designed and built military camouflage during that era. Famously, this background became a key element of MacKenzie’s renown as an innovative golf course architect.

MacKenzie started playing golf in his late 20s and was a member of several clubs. His first-course design, in 1907, was The Alwoodley Golf Club in Leeds. Before the course opened for play, MacKenzie’s fellow founding members thought that some of his concepts were too radical, so they brought in Colt for a second opinion. But Colt grasped that MacKenzie’s ideas were similar to his own, and wholeheartedly endorsed the project.

MacKenzie reached broader fame in 1914 after his design for the 18th hole at the upcoming Lido Golf Club on Long Island was selected as the best in a contest by England’s Country Life magazine. That course, designed by Macdonald and built by Raynor, continues to have near-mythical status among golf’s cognoscenti despite closing during the Great Depression.

In 1919, with fellow golf architect Charles Allison, MacKenzie and Colt formed the London-based design firm of Colt, MacKenzie, and Allison. But the group disbanded in 1923, reportedly over ego clashes between MacKenzie and Colt, and MacKenzie set out on his own.

In 1920, MacKenzie wrote the first of his two books, Golf Architecture. In that seminal tome, he equated the ties between his camoufleur work and the creation of enchanting golf courses. “The chief object of every golf course architect worth his salt is to imitate the beauties of nature [and presumably also the hazards] so closely as to make his work indistinguishable from nature itself.”

MacKenzie’s portfolio is much thinner than Ross’s. And, instead of seeking to fit golf holes to a particular site, the good doctor wasn’t averse to shifting thousands of yards of dirt to fulfill his vision. Between the courses at Alwoodley and his final masterpiece in 1933, Augusta National Golf Club, MacKenzie designed just over 50 courses. But he plied his craft on four continents, creating some of the most iconic and sublime golf courses on the planet: Cypress Point (called the “Sistine Chapel of Golf” by former USGA president Sandy Tatum), Augusta National, Valley Club in Montecito (California), Crystal Downs in Michigan and the West Course at Royal Melbourne.

Cypress Point, Augusta National, and Royal Melbourne are perennially ranked among the top-10 golf courses in the world.

Ironically, Ross was originally pegged by Augusta National co-founder Bobby Jones to design the new course in Georgia. But then, fortuitously for MacKenzie, Jones lost a first-round match in the 1929 U.S. Amateur at Pebble Beach to Johnny Goodman. With his week out West suddenly free, Jones played MacKenzie’s then-new Cypress Point layout several times and chatted frequently with the architect.

That experience on the central California coast changed everything for MacKenzie and Jones, co-designers of Augusta National. In a 1986 book entitled A Golf Story, author, and historian Charles Price wrote, “Ross was a notorious individualist, and Jones wanted a course with his designs incorporated into it, not a course entirely of someone else’s.”

Among MacKenzie’s designs is Pasatiempo in California, where he lived out the final years of his life in a cottage beside the sixth fairway. In January 1934, he died of a heart attack at age 63, two months before the inaugural Masters Tournament. His ashes were spread over the Santa Cruz layout.

Unfortunately, MacKenzie found it difficult to get paid for his work at Augusta National, and he and his wife Hilda struggled financially before he passed. “I have been reduced to playing golf with four clubs,” he pleaded in a letter to Augusta National, as noted in The Making of the Masters, a book by David Owen commissioned by the club. “I am at the end of my tether, no one has paid me a cent since last June, we have mortgaged everything we have and have not yet been able to pay the nursing expenses of my wife’s operation.”

Longtime golf writer and editor George Peper wrote of that lost treasure, published by Sleeping Bear Press in 1995: “Much of its content is timeless. MacKenzie never minces words, and his views on golf, golfers, and courses remind us that he was not only a brilliant architect but one of the most provocative characters the game has produced.”

During his relatively brief but remarkable life, MacKenzie realized the salubrious benefits of golf, especially while he was an active medical practitioner. “How frequently have I, with great difficulty, persuaded patients who were never off my doorstep to take up golf, and how rarely, if ever, have I seen them in my consulting rooms again!” he proclaimed.

MacKenzie’s legacy lives on, not only in the form of his enduring creations but in how modern-day golf architects seek to imbue their courses with both strategy and artistic beauty.

There are two versions of the Alister MacKenzie Society: one in America founded in 1988 and a UK-based version started in 1999. The camoufleur, doctor, and famed golf course architect took his rightful place in the World Golf Hall of Fame in 2005.

Jeff Shelley has written and published nine books as well as numerous articles for print and online media over his lengthy career. Among his titles are three editions of the book, “Golf Courses of the Pacific Northwest.” The Seattle resident was the editorial director of Cybergolf.com from 2000-15. For seven years he served as the board president of First Green, an educational outreach program that is now part of the Golf Course Superintendents of America and Environmental Institute for Golf.