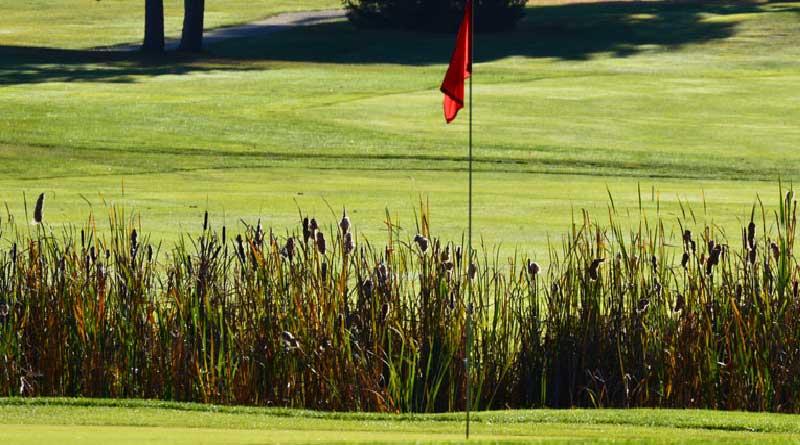 Golf has always been a cure for cabin fever after a long winter hibernating. This year the game was charged with providing a temporary safe haven from the global COVID-19 pandemic.

With acres of outdoor social distancing available, many local country clubs, both private and public, not only survived, they thrived.

Tim Loch, the head professional at Dover’s Cochecho Country Club, estimates that business was up 25 percent from 2019 despite the delayed start per order of Gov. Chris Sununu.

“I thought people were going to be a little more apprehensive but that wasn’t the case,” Loch said. “Golf was one of the things that was deemed safe to do and the folks came out in droves.”

Several of Loch’s contemporaries echoed those sentiments about a season that began with so much uncertainty brought on by a global pandemic that was starting to gain momentum.

“You get to March and you don’t know what’s going to happen to small businesses and all of a sudden this happens,” said Nate Bridges, the director of golf at Breakfast Hill Golf Club in Greenland. “It’s been crazy. We were all in the same boat with so little knowledge back in March. We didn’t know how contagious (the virus) was or how it would affect our day-to-day business. It was scary at the get-go.

“We were nervous,” he added. “We were apprehensive. But being an outdoor business we did feel there was some light at the end of the tunnel. It was just a matter of when.”

That ‘when’ turned out to be May 11 when the golf industry was given the green light to open.

“I think everybody erred on the side of caution in the early stages of the game when we went on the initial lockdown in mid-March,” Loch said. “I think everybody was a little apprehensive to see exactly how were going to navigate our way through it.”

Chris Mowers is the director of golf at Nippo Lake Golf Club in Barrington and Rochester Country Club which are under the same ownership. Nippo Lake typically averages about 23,000 rounds per year but this summer that figure rose to more than 33,000.

“We were literally hours away from opening our door when we got the news from the governor that golf was not going to happen for at least a few weeks,” Mowers said. “We just tried to stay positive and provide the governor with all the safety guidelines that we were going to follow. We were patient and what we came up with was a safe product.

“I didn’t have any idea what we were going to get,” he added. “I was anticipating a lot more than normal because of the situation people were in at home and working. I was getting pretty positive about it and it was beyond my expectations.”

“We had to make sure we weren’t allowing non-residents to play,” said head pro Tim Riese. “Having to turn people away was a little tough at the beginning. Once we were able to open for everybody it was go, go, go every day.

“We had one of our better years in (2019),” Riese added. “To do 15 to 20 percent on top of that was pretty incredible. Every tee time was booked and the phone never stopped ringing in the golf shop.”

“There was a lot of uncertainty at the beginning of the year,” he said. “We were sitting there in February and March wondering if we were ever going to open. Luckily we were able to open and follow the guidelines. We didn’t have any hiccups throughout the season so that was good and our club had one of its best years.”

Online traffic picked up for most organizations as did memberships.

“People knew they were going to be golfing and they committed to it,” Mowers said. “Everything was great. We had members making tee times online who never made a tee time in person because they had to.”

Breakfast Hill passed it’s 2019 numbers by early to mid-September, according to Bridges. Although special events were down, the golf was up.

“(2019) was the best year we’ve ever had and this year we surpassed it handily,” he said. “It wasn’t even close. We were right around 40,000 rounds which is spectacular for us. … It was an outlet for people when there weren’t any outlets early on.”

Golf remained a constant under unusually dry conditions that impacted the business in a positive way. Cochecho was able to host the first round of the popular Seacoast Amateur Golf Championship in June.

“The retail side was down a little bit,” he added. “That was unfortunate but it was to be expected. Folks weren’t necessarily coming indoors. They were coming out to play golf. … I think a lot of people were probably not traveling as much. I think if they were working from home that means they were not commuting so it was a little bit easier for them to pop out here on a regular basis.”

“Obviously a lot of people were working from home,” Hurd said. “We did a lot of guest fees this year, way more than last year. We didn’t have enough tee times for the amount of play that was out there. We’ll have to think outside the box for next year to see if the same thing is happening. If more people are going to stay home that’s going to be an issue for sure.”

Nippo Lake flourished despite canceling most of its golf outings, which is a big part of its business. Rochester CC hosted the third and final round of the Seacoast Am. Mowers also praised the New Hampshire Golf Association and the NHPGA for their guidance during unprecedented times.