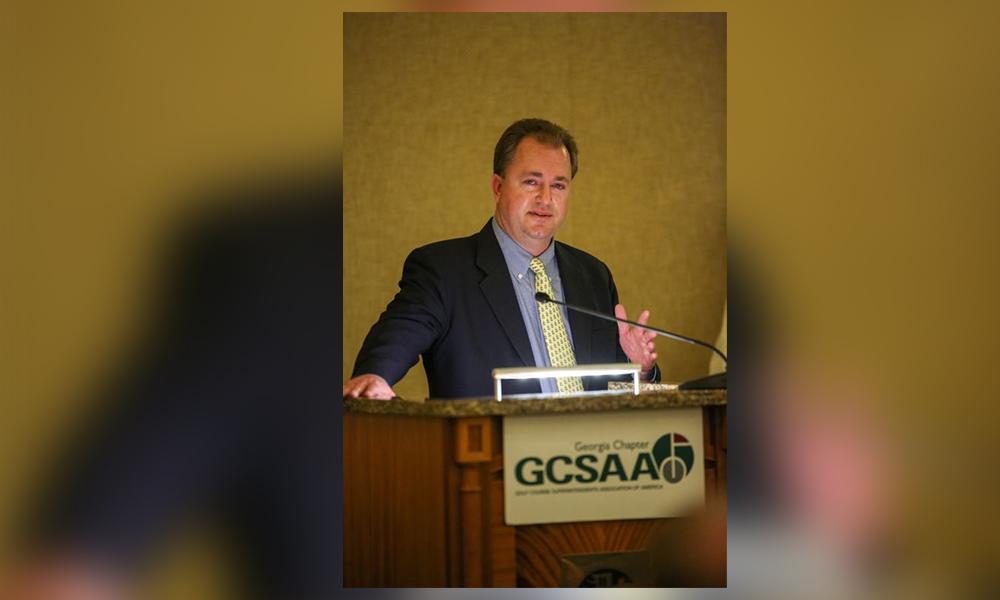 Marshall joined the Georgia GCSA in 1897 and arrived at Capital City Club in 2000. Since then he has helped the club host World Golf Championship events, the NCAA Division I Championships, numerous state championships and the 2017 USGA Mid-Amateur. As much as he is respected for his golf course maintenance standards, Marshall is also widely-recognized for his abilities during golf course and facility construction.

“You could take any five superintendents in this room,” Georgia GCSA president Scott Griffith from the University of Georgia Golf Course told more than 200 people at the awards dinner. “And there’s still a good chance Kyle Marshall would have more construction experience than any of them combined.”

Some of the projects Marshall was involved with either from the ground up or through major renovations include the 36-hole Golf Club of Georgia, White Columns Country Club, Barnsley Gardens and both courses at Capital City Club. He has turfgrass degrees from Lake City Community College and UGA. His father, Grover Marshall, spent four decades as superintendent at Sunset Hills Country Club in Carrollton.

For the past six years, Marshall has served as a trustee with the Georgia Golf Environmental Foundation and is current secretary-treasurer. The Superintendent of the Year Award is presented in partnership with Corbin Turf and Ornamental Supply.

In a special presentation, the association honored long-serving executive director Tenia Workman with the rarely-given President’s Award. Griffith described his decision to give the award for the first time in years “as maybe the easiest I’ve ever made in my life.” He praised Workman’s passion for making a positive difference in the lives of others and her tenacity in dealing with breast cancer over the past year. “Somehow, she never missed a beat,” he said.

In other major news from the awards banquet and golf championship at the three-day event: