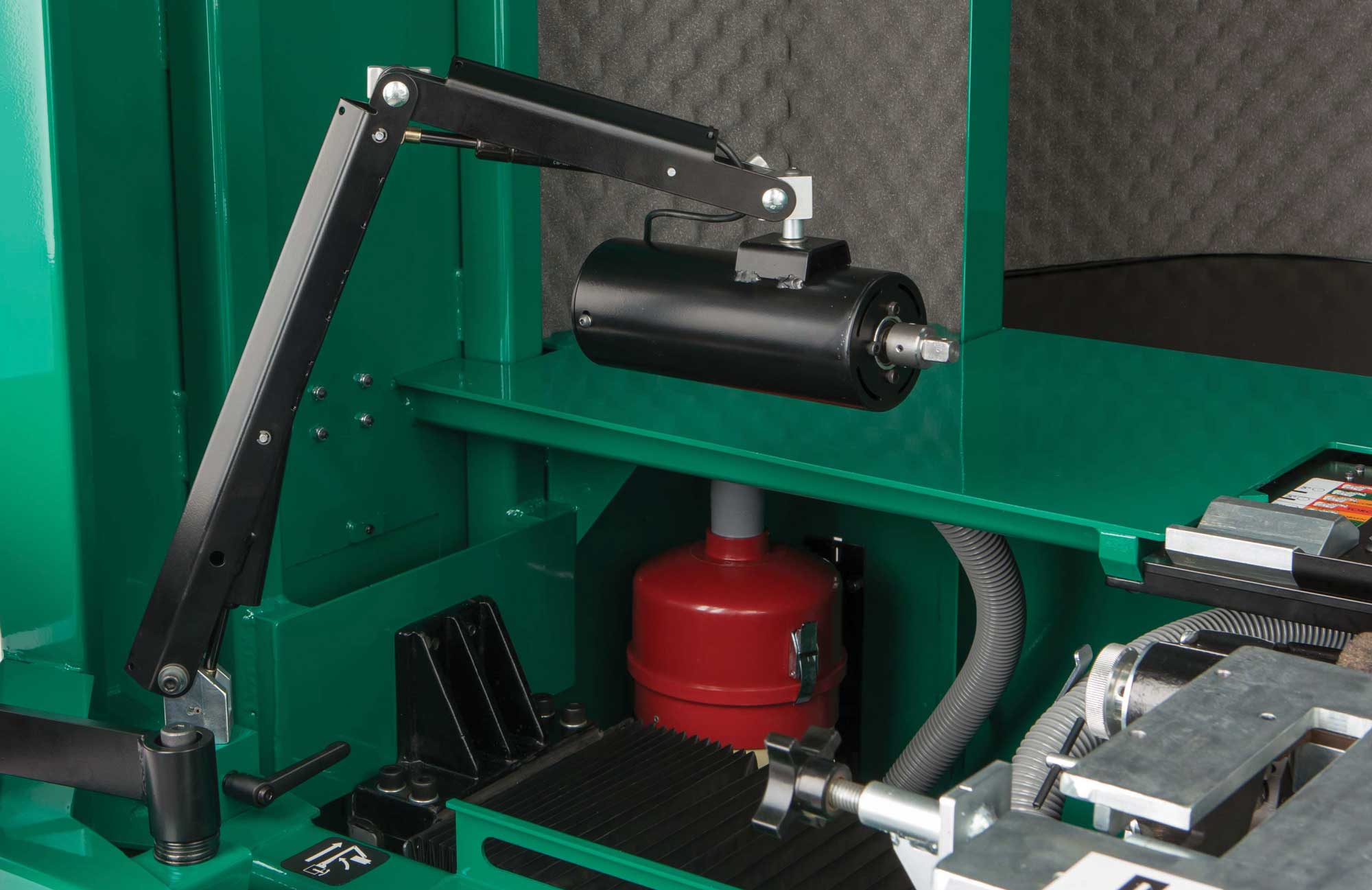 Foley United realizes that grinders are the only “shop tool” you invest in to re-condition what’s providing the quality-of-cut, the cutting heads. This is why they’ve engineered their new 653 AccuMaster and 633 AccuPro to grind however you want. So whether doing quick “touch-up” spin grinding or returning the reel to the original equipment manufacturer (OEM) specifications, nobody does either with more quality, more efficiency, or better technology than Foley United. 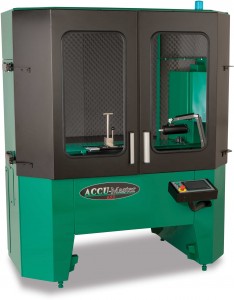 Foley United’s new AccuTouch 3 Control takes grinding automation to a new level and now provides an animated graphic tutorial. With turn-over in shops, this is a priceless tool that will walk a new technician step-by-step through to the highest quality spin grind possible. For more experienced operators, the tutorial is easily turned off for a quicker “set-up & spin grind” feature. With availability of technicians tightening and subsequent labor cost rising, there’s merit in owning equipment that can improve productivity with automation, as you tell the machine what you’re working on and the machine does the rest.

Foley United is the first to locate the reel into a grinder by the rear roller and while this feature has several positive design implications, the simplicity of anyone being able to look at a decal for placement is one of them. Foley United’s new Accu Reel Selector rear roller mounting system is the only design in the world that tells the operator where to place the rear roller based on reel make and diameter. This is part of a pre-positioning system that provides needed clearances for both the spin and relief grind processes.

In addition to easy placement, the “rear roller to reel shaft parallel design” of many cutting units make gauging a “one & done” process for most reels. This is achieved with new visual LED and “bubble-style” graphic systems that allow even the most inexperienced operators an ability to remove taper when spin grinding. It used to be that you could twist the bedknife and take rollers out of parallel to compensate for a cone-shaped reel, but with shorter heights of cut, more rigid reel frame designs, and harder metals, keeping reels true is more important than ever. 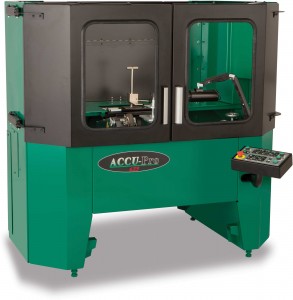 The 653 AccuMaster and 633 AccuPro includes a counter-balanced spin drive in which the spin drive pivots and floats to connect directly to the reel. This is now the easiest connection in the world and requires no tools.

There’s a reason the industry has been trending toward grinders that do more than just spin grind and Foley United’s new generation of tabletop reel grinders address the primary reason why. The patented auto-index relief system and automation of the grind cycles make returning reels to spec a “no-labor” proposition and Foley’s new relief design makes this option easier than ever before.

While all grinders can spin grind to a sharp edge, it’s Foley’s innovation, automation, quality control, and capability that has set the industry standard. The ability to conduct a quick spin grind when wanted or returning to OEM specifications when needed is what it’s all about and this is what separates Foley United from all others.

The “shop tools” you use to take care of the cutting heads isn’t complete without a partnering bedknife grinder and Foley United’s 672 AccuPro has been the industry workhorse for years. This is the only unit in the world that utilizes electromagnets, pre-sets angles and pre-aligns the knife so all the operator has to do is infeed. There literally is no set-up and you’re grinding in seconds.
If budgets are tight, Foley United’s 605 AccuSharp spin/relief reel grinder conducts a high quality spin and auto-index relief grind like the more expensive units do, but at a dollar figure that may be more friendly to some courses. This unit is often paired with the economical Accu-660 bedknife grinder and premium results are still the norm.

Grinding in the easiest, fastest, most productive way possible is Foley’s bonus when it comes to the most important thing you’re putting on your turf,your reels. Visit us at www.foleyunited.com to see how we can fit your needs.