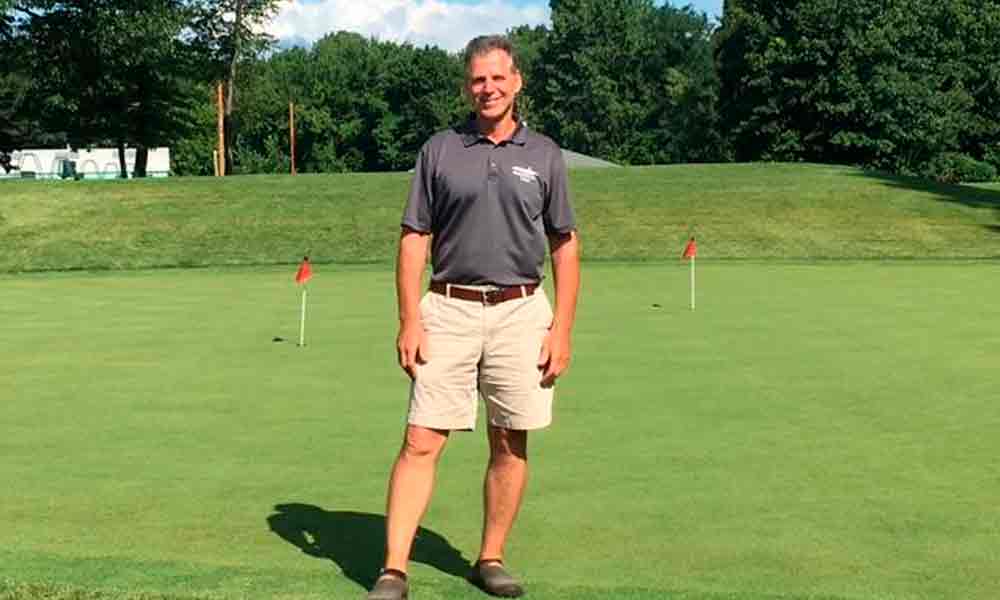 Golfers are raving about the course conditions at Schenectady Municipal Golf Course, and that’s music to Mike Scesny’s ears.

Scesny is the man behind the scenes who keeps Muni looking great and playing even better. He’s been the course superintendent there for the last 15 years. Previously, his Northeast Turf & Irrigation Company oversaw the maintenance of the course, and Scesny hired a superintendent, but eventually, he took over the reins himself, and the course is better for it.

“Seeing this course and the turnaround from 20 years ago until now is probably my biggest reward,” Scesny said. “We completed the new tee complexes and routing last year. We also did some drainage work, and we just opened up the new practice putting green. Seeing everything work out is very important to me. I’m behind the scenes. I talk to some golfers on the course occasionally, but most of the time I don’t hear things in person. Matt [head pro Matt Daley] hears a lot of the praise, and he passes it on to me. I’m just glad everyone is enjoying the course.”

Scesny is quick to point out that he’s not a one-man show. “It varies, depending on the time of year, but we usually have 8-9 employees, and without them, the course wouldn’t be the way it is right now,” he said. “Those guys put in a lot of hard work.”

Nobody is a bigger fan of Scesny than Daley.

“My opinion of him is glowing,” Daley said. “If I owned and operated my own golf course, I would hire him in an instant. He and I have a great working relationship, which is key to the success of any golf course. But he truly stands out.

“We have a low operating budget and a manual irrigation system and yet, somehow, he and his great staff manage to give the players here country club like conditions,” Daley continued. “I love the guy and respect him incredibly. His staff is first-rate and hard-working also. They are a great group of individuals.”

Scesny learned his craft from his father, who was the course superintendent at Van Schaick Island Country Club in Cohoes.

“I was born in Cohoes, and I graduated from Cohoes High School,” he said. “I started in the business working for my dad. I enjoyed working outdoors.”

From Van Schaick, Scesny eventually moved to the Country Club of Troy as a foreman of the grounds crew. After graduating from the University of Massachusetts turf grass management program, he went back to the CC of Troy and worked himself up from foreman to the assistant superintendent and finally to the course super. He worked there for nine years.

That’s when he began his own turf grass company.

“We worked on golf course construction and irrigation, and things like that,” he said. “When Muni’s contract came up to run this course, we bid on it and took over. I hired a superintendent to oversee everything for a while but then I took over myself.”

What a great decision for Mike and Muni.

Rensselaer Polytechnic Institute head golf coach Jamie Jackson, who plays out of Shaker Ridge Country Club, and Kevin Harrington of Glens Falls CC were the only Capital Region representatives in a field of 14 to make the cut at this week’s New York State Men’s Amateur at Irondequoit CC. Harrington was 36th with a four-round total of 233 (+19), while Jackson was 39th with a 313 (+25).

The Northeastern Women’s Golf Association Championship will be played Tuesday and Wednesday at Colonie G&CC.