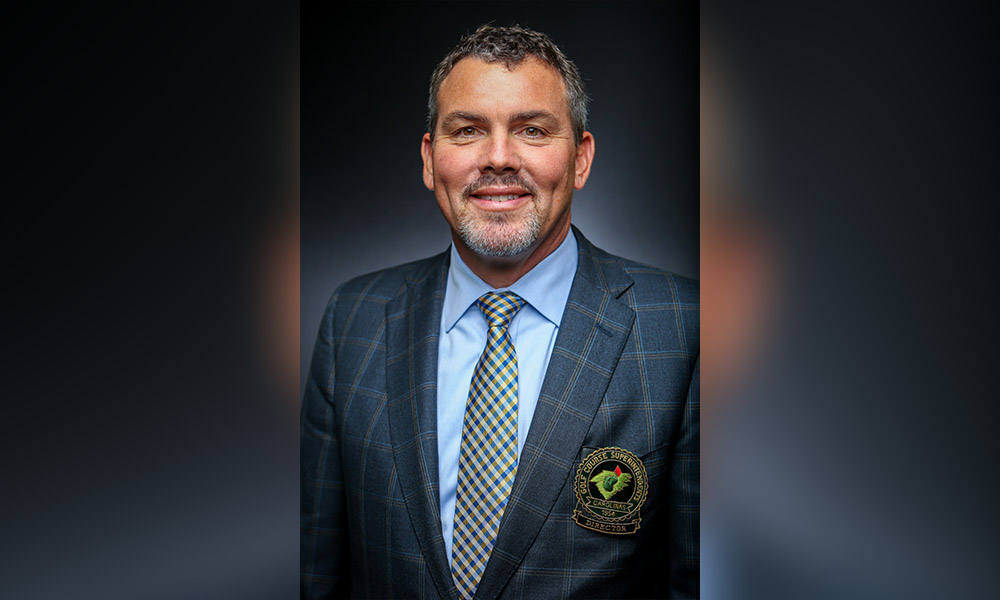 Wharton leads the Carolinas GCSA towards 2019 fresh off the back of a highly successful Conference and Trade Show in Myrtle Beach, SC mid-November. Earlier in the year, he was superintendent host for the U.S. Mid-Amateur Championship, which Carolina Golf Club shared with Charlotte Country Club. He has been at Carolina Golf Club since 2005.

Wharton was elected at the association’s annual business meeting on the final day of the three-day event in Myrtle Beach, which set a new post-Recession high in terms of the trade show. A total of 413 booths were occupied by more than 200 different companies, bettering the mark of 407 booths in 2008.

“Once again our numbers were strong across the board,” says executive director Tim Kreger. “We had just a shade under 2,000 people attend, filled nearly 1,300 seats in education seminars, capped our golf championship field at 325 and had another 50 compete in the sporting clays. Honestly, we couldn’t be happier from a business perspective but even more importantly, I feel like everyone who took part was happy too.”

Kreger says that while education and doing business on the trade show floor remain the chief concerns for attendees, the chance to simply get together with peers was perhaps just as important this year.

“You could see it in people’s faces and hear it in their conversations. A lot of them needed this event to recharge after what was a tough, tough year agronomically,” he says. “We had everything from devastating winter kill, record rains in some areas, wild swings in temperatures and a couple of hurricanes to cap it all off.”

As Wharton says, “The show came at just the right time as everyone, fatigued from one of the more grueling seasons to remember, was ready to catch their breath. I believe last year will live in our memories for many years to come.”

The success of the Carolinas GCSA Conference and Trade Show continues to defy nationwide trends which have seen regional events of its kind shrink and, in some cases, disappear.

“At its core, I think the success of our show hinges on mutual respect,” Kreger says. “Our superintendents truly appreciate the investment made by our exhibitors and industry partners. We had 945 people walk in to see the trade show on Tuesday evening alone. That’s after sitting in seminars all day. I think that says a lot about how much our members value what vendors bring.”

In other news from the Carolinas GCSA Conference and Trade Show: