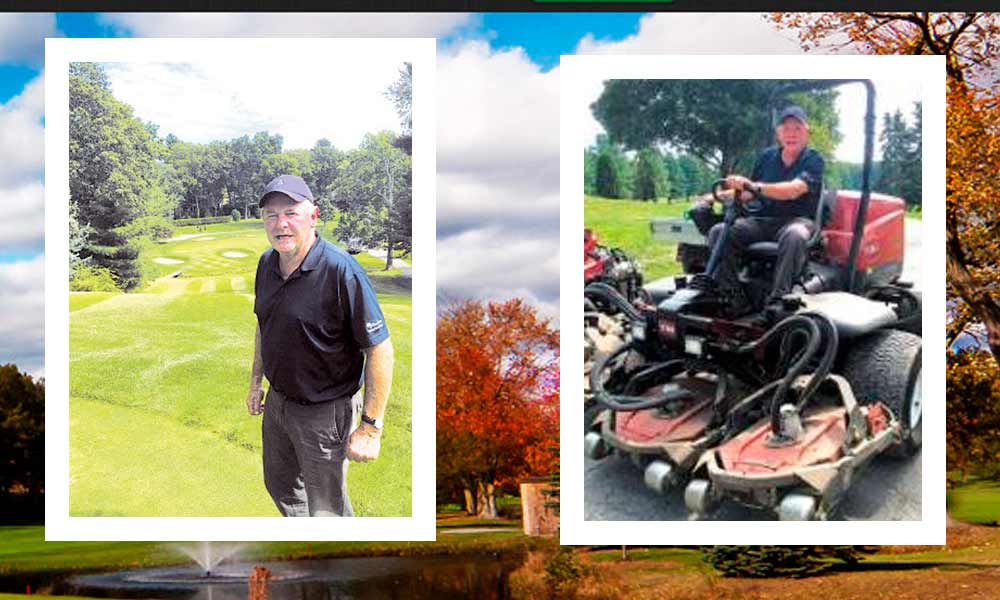 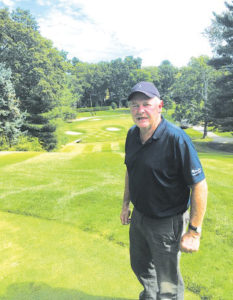 Jack Hassett was just minutes from back surgery. It was the early 1990s, and the Lowell man was being wheeled into the operating room.

“Then a nurse said, ‘Hey, are you the superintendent at Mt. Pleasant? I played there last week and the pins (on the greens) were in really difficult positions,’ ” Hassett recalled.

Hassett’s mind was working a mile a minute and the nurse’s comments caught him off guard.

“I’m like, ‘Not now.’ … No, I thought it was hysterical,” Hassett said Thursday at Mt. Pleasant Golf Club, his home away from home for much of his life, especially from 1984 to last year when he served as the course superintendent.

Saying Hassett is well known is like saying Jordan Spieth has a bright future in the game.

The club feted Hassett on Saturday with a “Superintendent’s Revenge” 9-hole tournament, a dedication of a carved tree in honor of Hassett, and a party for 220 of his nearest and dearest friends.

Hassett has earned the accolades. It’s no exaggeration to say the 67-year-old knows every inch of the 55 acres Mt. Pleasant sits on in the Highlands section of the city.

Hassett stepped down last fall after 33 years as Mt. Pleasant’s superintendent. This year, he’s worked “part time” to help with the transition of welcoming new course superintendent Chuck Malatasta. Part time like 10 hours a week? No, with Hassett, it’s been more like 35 per week.

“There’s no way to figure out the hours that he put in,” said John Moriarty, a Mt. Pleasant member for nearly all of his 60 years. “He was the first one in the trenches and the last one to leave. He gave 110 percent every time he came in. We were lucky to have him at Mt. Pleasant for as long as we did. He truly is one of a kind.”

“Yeah, we’ve been fortunate,” said Gerry Foley, a 32-year member of the Staples Street course. “This guy’s work ethic is second to none. He’s taken full ownership of the place. He’s there weekends, holidays, whatever. He’s just taken the whole golf course up five notches from where it was before.”

Hassett has literally walked to work since 1988, when he bought a piece of land from the club and built a house just steps from the eighth tee box.

“It takes longer to drive to work than to walk,” he says with a laugh. “It’s like working out of the house, basically.”

Being so close to work allowed Hassett to arrive most days at 5:30 a.m., 30 minutes before his crew began their shifts. His well-worn hands tell the story: Hassett never shied away from getting dirty. He dug trenches. He fixed sprinkler heads. He installed irrigation pipes.

Winters that feature plenty of ice and multiple thaws are nightmares for course superintendents. Then there is the heat factor — last summer featured 22 days over 90 degrees and little rain.

“We were really tested. We ran out of water. We had to pay for water from the city of Lowell,” he said.

On many a night, head pro Joel Jenkins, who took over four years ago for long-time pro Mike Mullavey, would watch Hassett take his dog for a walk on the grounds. They were not leisurely strolls. Hassett would look left and right, looking for any signs of trouble with the course.

“Jack, if he said we needed to do something on the course, then we did what needed to be done. He’s earned the respect of all the members. We love him. He made my job easy when I got here. The guy’s gold,” Jenkins said.

Long-time members like Jim Moriarty, a 55-year member, rave about Mt. Pleasant’s conditions compared to before Hassett took over in 1984.

Jim Moriarty says Hassett was an incredible role model for the dozens of high school kids who worked at Mt. Pleasant in the summer over the years. Many went on to win Francis Ouimet scholarships.

Hassett played a huge role in keeping down the cost of yearly memberships, the members say.

When he would negotiate with a salesman over a tractor, or fertilizer supplies, members felt bad for the salesman.

“His nickname is ‘The Razor.’ He throws money around like its manhole covers. He’s so good with the dollar,” Foley said. “He spends money like it’s his own.”

“I’m spending money not for the club, but for 300 members that I know really well. I always looked at it like it was my money. I’ve actually had salesmen say to me, ‘It’s not your money,’ ” he said.

Hassett grew up two streets from Mt. Pleasant and began caddying at the club when he was 10 or so. Soon he was playing the game. Except for eight years in Canada, where he worked at courses in Quebec and Ontario, and three years in Houston, where he sold sod, Hassett has been a Lowell guy.

He jumped at the chance to apply for Mt. Pleasant’s vacant superintendent job and return to New England. He and his wife, Brenda, live with their son, Thomas, a star hockey player at Lowell High who also plays baseball and football. (His daughter, Julia, from his first marriage, lives in Nashville).

“My family has been very understanding knowing the work schedule,” he said, noting that his position was a full-time one, not just during the golf season when the course is open.

Hassett’s days of keeping Mt. Pleasant in pristine condition are coming to an end. Next year, however, he might work part time at another area course. Sitting in front of his TV for hours at a time carries no appeal.

Good luck trying to get anyone to say anything negative about Jack Hassett. Foley tries. Kind of.

“My only problem with the guy is playing with him on Tuesday nights. He hits it from right to left and when we play the pins are always on the left,” Foley says with a laugh.